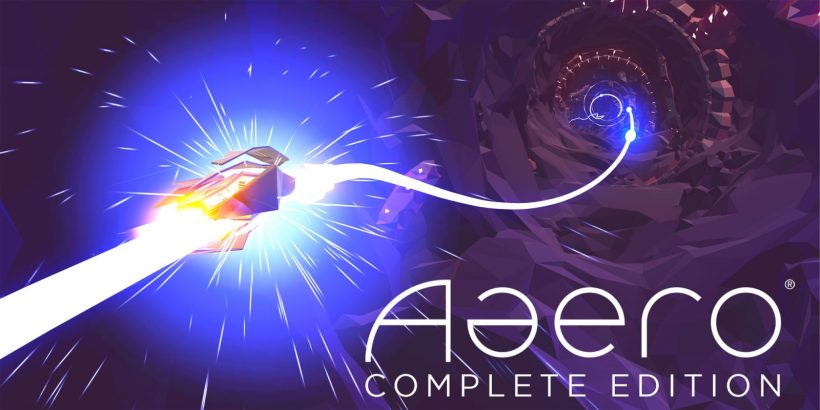 Put your hands up for Detroit

If you’ve been lucky enough to ride the exhilarating rollercoaster Space Mountain at Disney Land, close your eyes and remember the moment you launched into ‘orbit’. Now, replay that memory, add a chunky baseline, the unmistakable sound of a harmonious EDM vocal and you’re only halfway to experiencing what rhythm title Aaero: Complete Edition is like to play.

This psychedelic gem joins the roster of foot-tapping, head-bopping titles already released on Switch such as Thumper, Voez and DEEMO but Aaero is different, very different. This is obnoxious and rude and I love it. 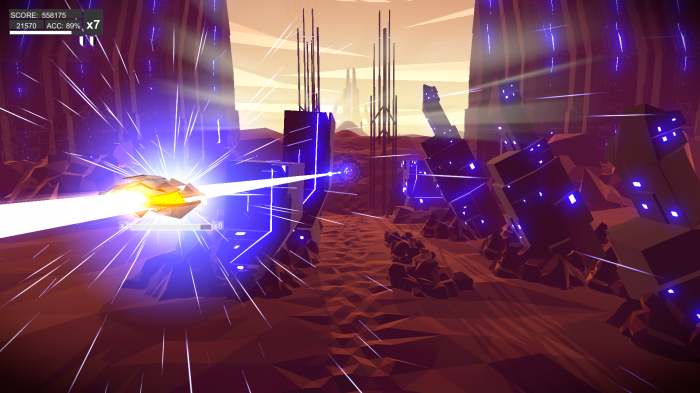 Sporting an impressive, licensed list of EDM tunes from top artists like Noisa and Flux Pavilion, Aaero succeeds at offering a bulky collection of tracks that push you to complete its tight collection of levels. Piloting a futuristic spacecraft that’s not too dissimilar to something out of F-Zero or Wipeout, you follow ribbons of light that also act as a kind of visualizer. Tilting the left stick to ‘trace’ the ribbon of light and your ears will be treated to the sounds of the tune how it’s supposed to be heard. Start drifting away or failing to keep up, however, and – much the same as DJ Hero – vocals become garbled and the beat of the tune will wobble. It’s this immediate penalty – points and chain scores aside – that urges you to keep on at it.

Some players may be turned off from the game early on; even on easy mode, Aaero throws some gruelling stages at you. Learning to look ahead to avoid obstacles and memorising which portions of the stages that give cause for concern is key and it’s exhilarating finally passing those seemingly impossible sections. 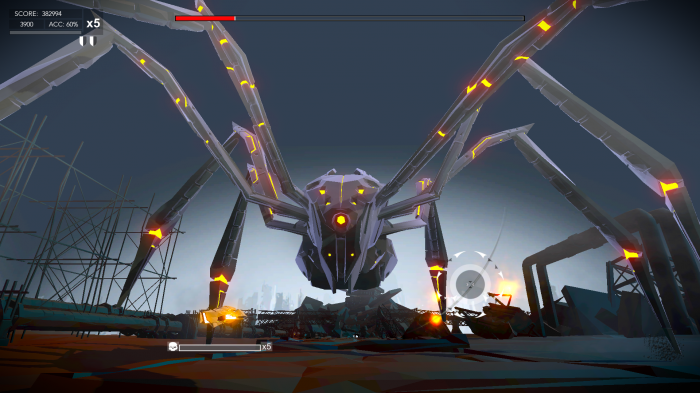 Your right stick acts as a reticule – it’s used to shoot down drones and other enemies that buzz around during your ‘flight’. Holding up to 8 shots, locking onto swirling swarms of robots and giving R a squeeze fires a laser to blow them up. This act of firing down your foes while keeping the beat of the tune strong and thumping brings in a surprising and well-executed element of a twin-stick shooter but it never gets in the way of the bulk of the rhythm sections of the songs.

Mad Fellows have gone all-out on boss battles. I won’t spoil it here as there aren’t too many to fight, but hats off to the small indie studio for what can only be described as a phenomenal feat of visual and audio splendour that ticks all the right boxes time and time again.

Aaero: Complete Edition is a must-have for fans of the rhythm genre or fans of great games, actually. Sure, the aggressive soundtrack (Monstercat fans take note) may not be to everyone’s taste, but this trippy and downright visually stunning experience that comes packed with all of the previously released DLC is a perfect fit for Switch.