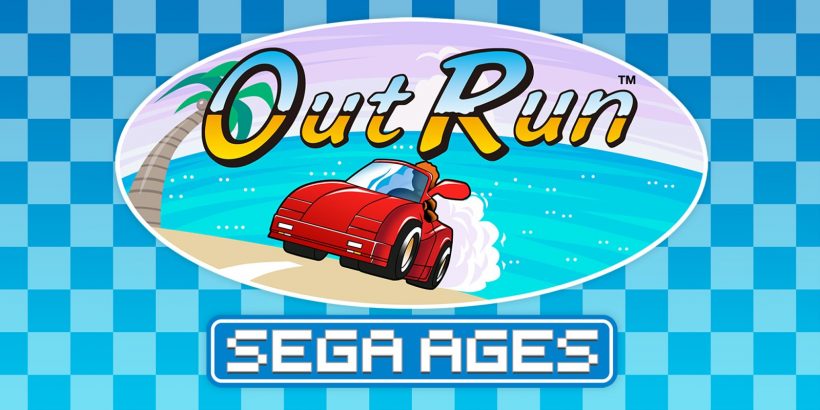 There are so many Nintendo Switch games right now. There isn’t, however, a multitude of brilliant racers among them, save for the very obvious one from Nintendo. Gamers looking for a little racing action are probably looking for options on the eShop, which may well take you to this classic. And that wouldn’t be a bad thing.

Outrun is old. Not as old as me, you cheeky people, but still it dates back to the mid 1980s. Originally released in the arcades, it’s a rudimentary 3D racer which tasks you with beating the clock through multiple checkpoints, and achieving one of five possible finishes. Depending on your choices (which are essentially just left or right ahead of the checkpoint) you’ll eventually arrive at one of these endings, which will in turn gift you with an upgrade to your car. Along the way this will improve your top speed, handling, recovery and so on, ensuring better progress as you tear through the streets.

Your jaunts through the roads won’t take you long, easily less than seven minutes per time – and less if you run the clock down and don’t make it, but it’s incredibly addictive. It’s the very definition of “one more go” and rewards your effort and success with the things that make it easier. A variety of difficulty settings are also in play should you so desire, and successfully besting all routes will also reward you with an arcade mode.

From a presentation point of view, it’s certainly passable and hasn’t, ahem, “aged” as badly as many other titles from the era, but it IS a port of an arcade title from 30 years ago, so expect the bells and whistles that go with that. Other than the clock, I’m also not really sure what you are outrunning, because once you have kicked into high gear, you lose anything else on the road in no time.

Initially, the car’s handling is a little rubbish, but I would imagine that’s through design. Early on I was very put off as I continually crashed into the blocky arches and beach huts, but once you get used to the speed and reactions – not to mention learning the routes – it’ll soon become second nature. Don’t be put off.

On a system devoid of choice among brilliant racers, you wouldn’t think that this classic SEGA title would be a viable choice. However, its simplicity and addictiveness, not to mention its very attractive and reasonable price point means Outrun should definitely be worth a look. It’s not going to last you very long, but you’ll enjoy it whilst it lasts – especially if you want to top the leaderboards.

It’s an old SEGA saying, but to be this good takes Ages. It’s not wrong here.

I wasn’t expecting much from Outrun, and initially I wasn’t impressed. Thankfully I persevered and found a surprisingly charming little racer that occupied me for many days. If you are looking for a simple, cheap and cheerful racer you could do far worse.