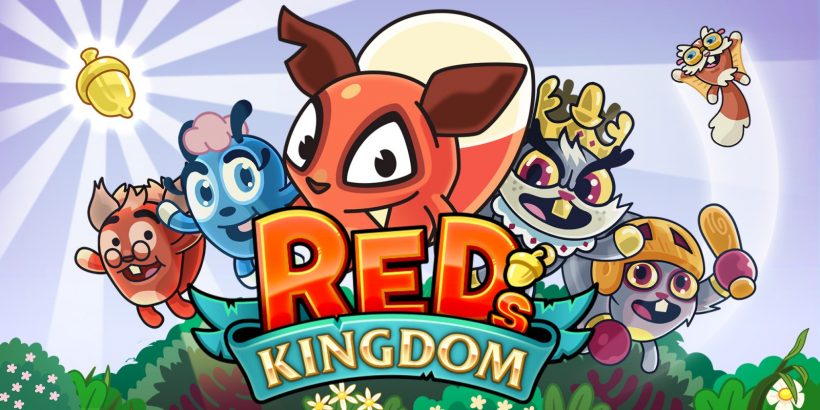 The only nutcracker you want to worry about at Christmas.

Red’s Kingdom is one of those games which you remember because of how much it overachieved.

On first appearance, Red’s Kingdom really looks like it ought to be dismissed in the shovelware category. With quite basic looking cartoon squirrels, you wouldn’t immediately put it far away from something of the likes of Alvin and the Chipmunks. It looks like it’s going to be really annoying, actually, with loads of high-pitched squeaking that anyone under the age of four will love but everyone else might detest. But that’s not actually the case.

Red’s Kingdom is about a squirrel whose father, as well as his winter acorns and his rare golden nut, are taken by the king of the land, Mad King Mac. This is all explained in the game’s opening cutscene, and at this point you think that you’re about to embark on a marauding adventure, perhaps something along the likes of a Zelda. Well, a small part of that might in fact be accurate. Red’s Kingdom is actually quite an entertaining game, thanks to the fact that its adventure is played out across isometric grid boards, and Red must negotiate every area by rolling across them until he meets a solid obstacle and then changing direction until ultimately he’s in a position from where he can roll towards the exit.

It’s not something we haven’t seen before – see any of the ice environments in the Pokemon series, for example, where the trainer has to negotiate mini puzzles of this kind by sliding along and trying to bump into an object which will lead them on a straight line to the finish. Zelda, as mentioned earlier, has also employed this kind of puzzle in the past, usually when pushing blocks across an ice floor – a segment in Twilight Princess sticks out in the memory. But Red’s Kingdom takes this formula and turns it into the basis for the entire adventure, with Red rolling through each stage while stopping off to collect nuts as he seeks to get his treasures back.

Of course, repeating what is basically the same rolling puzzle over and over again is likely to get tiresome after a while, so there are some small variations to the formula – pulling levers and rolling over buttons which lift and drop blocks of a particular colour obviously make an impact on your rolling environment and change the layout of the board – it might not feel much close to a whole new experience, however. Splodges of gloop laid across the boards do the same thing – roll over them and you’ll come to a grinding halt and will be able to amend your direction – but of course these have little other effect to what the standard blocks offer, except afterwards you’ll be able to roll away in whatever direction you like.

And it’s a game which can quickly turn into a very long one – you might find yourself stuck on one individual level, unable to muster that one cutting move which breaks your rut and puts you on the right path to the exit. Even if not, you’ve still got a very decent few hours of gameplay here. It’s all about testing your brain and not repeating your efforts – those looking for a clever stimulus would do well to try looking here.

Red’s Kingdom is a pleasant surprise – clever puzzling under the disguise of some very cutesy visuals. There’s a lot of gameplay here – so short bursts is the recommended play option.