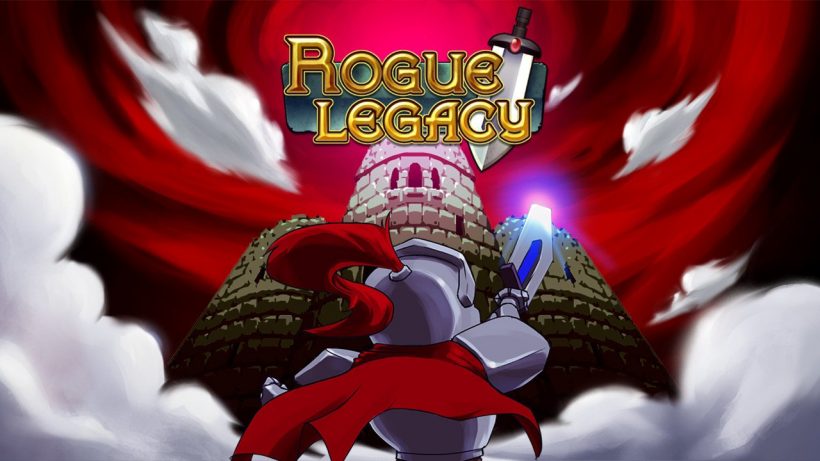 As soon as the rogue-like genre started to gather steam amongst indie developers, it quickly became clear that, in order to stand out from the crowd, you must bring something unique to the table. Some titles, like Dead Cells, did that by turning the genre into something more palatable, with the addition of elements of permanent progression. One of the very first titles to propose this kind of ’rogue-lite’ approach was Rogue Legacy, and even five years after its first release, its still a title worthy of your time.

Almost everything related to Rogue Legacy’s narrative is encapsulated within jokes, gags, and banter. All you know at first is that, for some reason, your entire lineage seems to be devoted to (or cursed with) the task of exploring a castle with a constantly changing interior. On the first room of the castle, you see a giant golden door with four sigils. So, considering that the place has four different areas (castle, forest, tower and dungeon), it isn’t hard to guess that you need to defeat four bosses to find out what’s awaiting behind that door.

The main catch here lies in the fact that your first character won’t be powerful enough for you to be able to beat even the first boss – nor will your second or third. As you explore the castle, you will gather gold from dead enemies, chests and even the furniture. Dying results in you losing your current character, but all the gold you accumulated on that run can be spent on upgrades for your future heirs. Thanks to that, Rogue Legacy is much more lenient with your failures, as you can slowly get more powerful with each run.

On top of inheriting every single upgrade, your new descendants will also have different classes and many unique traits. The main gameplay will still be focused on the sword attacks and platforming challenges, but some classes will have special skills, in addition to specific improvements to magic, HP or damage statuses.

The detriment of having this kind of structure is that Rogue Legacy can feel a bit grindy at times, especially if you get stuck on a certain boss or level. In addition, when starting a new run, you’ll always have to go through the castle to get into the more advanced levels. It can become tiresome after a while going through the same levels over and over again. This isn’t such a big problem, though, when you consider how pleasant Rogue Legacy’s art style is. With a 16-bit appearance, the game never feels old, and it has a very catchy soundtrack that you’ll probably find yourself humming when not playing.

By ditching some classic elements of the rogue-like genre in favour of a permanent progression system, Rogue Legacy delivers a more welcoming and rewarding experience – even if it can get a bit repetitive with time.