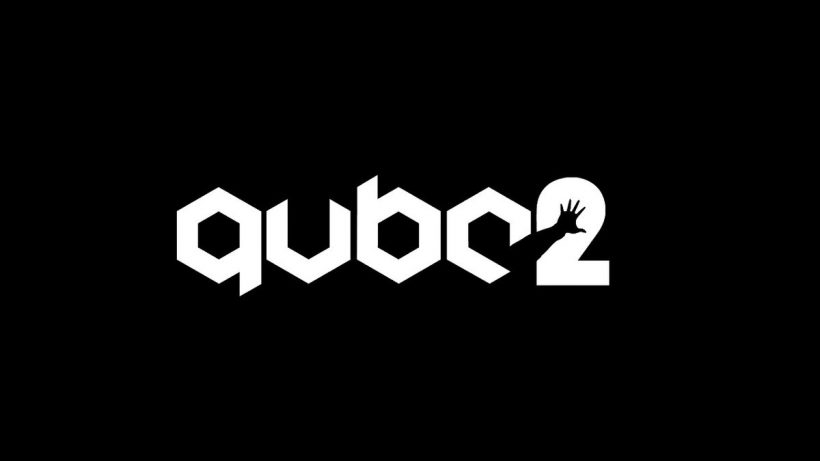 This whole puzzle adventure starts with Amelia Cross, an archeologist, finding herself trapped inside a weird alien facility. Unsure about what happened in the past, or how she ended up there, the story slowly unfolds as she progresses through the many puzzle rooms inside the building – mostly through the dialogues she has with another survivor.

In general, Q.U.B.E. 2 presents an intriguing narrative that raises a number of questions, but doesn’t necessarily answer these questions in a satisfactory way. Thankfully, though, the narrative feels more like a background element, as the main focus of the game lies within its unique and entertaining puzzle mechanics.

Similar to Portal, Q.U.B.E. 2’s campaign consists entirely of a (not always linear) sequence of segmented puzzle chambers. Each one presents the player with a unique challenge, applying new twists to how you mix and apply the main elements of the game – the cubes. Amelia is equipped with some special gloves, which can change the colour of specific quadricular boards, and activate them.

As you progress, your options broaden, until you have three different colours. Blue adds a bouncing property to the board, allowing you (or objects) to be propelled up or forward. Orange doesn’t do anything by itself, but when activated, can make platforms appear. Green works in a similar way, but creates cubes that can be affected by gravity and other elements at will.

In addition to this basic triad, Q.U.B.E. 2 adds an impressive amount of pieces to the puzzle, such as moving platforms, interactive panels, propelling vents, and more. Thanks to this, the game manages to surprise and stay fresh during the whole five hours that it takes to finish the campaign.

The presentation of Q.U.B.E. 2 is also quite impressive – at least during the first half of the game. The soundtrack effectively creates the atmosphere of an alien environment, and the whole facility looks like a weird test experiment built by things out of this world. Unfortunately, though, due to the complexity of the latter areas, they’re plagued with framerate issues and objects popping in.

However, as Q.U.B.E. 2 isn’t a fast-paced game, these issues don’t interfere too much with the experience. Fans of the genre don’t need to hesitate – this a worthy acquisition.

Exploring test chambers and completing mind-bending puzzles never gets old. With a clever, creative and innovative premise, Q.U.B.E. 2 is a first-person puzzle game good enough for you to overlook its shallow narrative and technical flaws.