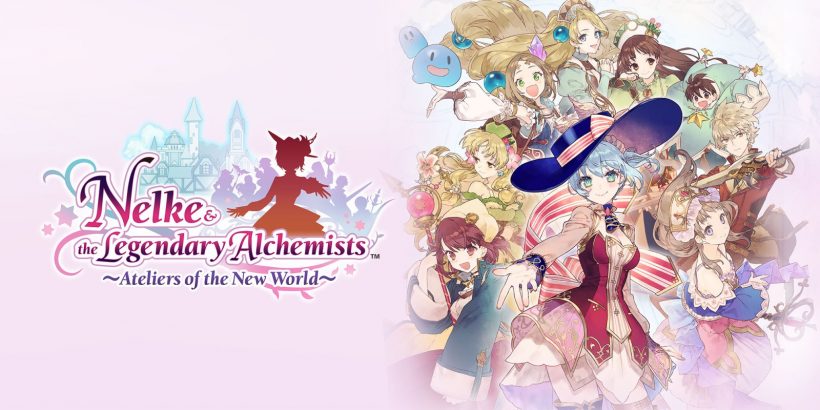 The Atelier series is a long-running JRPG franchise with a heavy emphasis on crafting mechanics and turn-based combat. The basis of the games is often the same: you control an alchemist who relies on her knowledge to procure more powerful equipment and items, which then can be used in fights against monsters.

Nelke & the Legendary Alchemists: Ateliers of the New World, the newest title in the series, is a bit different. It takes the core elements from the franchise and puts them in a whole new context, still with alchemy items to be crafted and monsters to be defeated, but focusing instead mainly on building a city and improving it with town-management mechanics.

You control Nelke, a cheerful aristocrat who is put in charge of a small village. As the new landlord, she is held responsible for all of the town’s business, from its economy to its inhabitants. Within a gameplay loop that is divided between two distinct scenarios – weeks and holidays – you then need to make micromanagement decisions while trying to grow your village bigger and more prosperous.

With tons of ways for you to build and customise your village, Nelke & the Legendary Alchemists is a complex game. If you’re patient with the game’s slow pacing, it becomes a rewarding entry in the town-building genre.

It’s during the week periods that the town-building mechanics of Nelke & the Legendary Alchemists takes place. These are the bits where you can choose to construct new buildings, set villagers to work on specific tasks, and invest money to expand each region.

The alchemy theme of the Atelier series is present here too, and it is a fundamental piece of the game’s economy. While you can sell the raw materials that your people produce, it is more worthy to give them to an alchemist, so she can turn them into more valuable goodies. This creates an enjoyable gameplay loop where you’re always trying to optimise your income.

The holiday periods are complementary moments in which you can choose to spend time building relationships with your town’s inhabitants or exploring the town’s outskirts. These are two important factors for your town, as they help you with new materials, improvements for your characters, and new recipes for your ateliers. The turn-based combat takes place when you’re investigating the town surroundings, but it is a much simplified version compared to that found on other games.

Nelke & the Legendary Alchemists: Ateliers of the New World is a complex town-building game, with a considerable amount of content and depth. The game can be a little rough when it comes to presentation, but it manages to incorporate the Atelier series elements into a different genre in a satisfying and entertaining manner.

Nelke & the Legendary Alchemists: Ateliers of the New World £49.99

Despite its rough presentation, Nelke & the Legendary Alchemists: Ateliers of the New World is a complex town-building game that manages to incorporate different elements from the Atelier series into a satisfying experience.