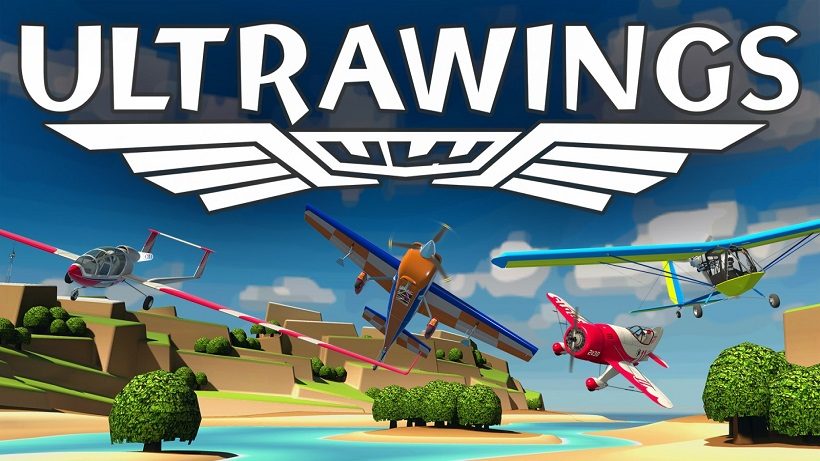 The allure of being able to fly a plane is certainly an appealing one, but the gap between the high octane action found in Ace Combat games and the sheer intricacy of flight simulators presents an opportunity for something ideally more relaxing and straight forward.

Ultrawings on paper aims to meet this gap in flight-based gameplay. There’re no overarching political disputes resulting in life or death aerial combat to worry about. Nor are there a multitude of different control inputs to alter each individual aspect of the plane you are controlling. To a certain extent, a balance between the two extremes is achieved, but it is an uneven one. For the most part rudder control is necessary (although this can be turned off when using “Arcade” settings) and helps get the most out of your plane. There are other elements to consider as well such as throttle control on some planes and then the general pitch when keeping it level to avoid crashing to Earth.

What do you do though, aside from just fly a plane? Ultrawings provides you with a range of different challenges, many taking the form of flying through rings with increased complexity and the addition of goals such as landing as well. Other challenges, however, get more creative with one giving you a dart gun to pop balloons with whilst flying and navigating through an archipelago. Another tasks you with taking a photograph of a specific location nearby, all whilst getting capturing the shot at the right height and distance; thankfully it’s forgiving enough to prevent this challenge from being too harsh.

These challenges have different rewards states: the standard Gold, Silver, Bronze and of course fail; and with that comes different amounts of financial reward. This newfound income is necessary for you to continue to engage in new activities, as to unlock new challenges you’ll need to go out and purchases new airport offices. These are located on different islands that you can fly to, but to purchase them you must do a bit of exploring in free roam mode and successfully land.

It’s the variation of challenges that dictate most of what you do in Ultrawings but the different aircraft also impact this due to the variation in how they control. Whilst one plane might have you feathering the throttle to get that landing another might ditch that in favour of a booster leaving you to compensate for the drop of momentum afterwards.

Regardless of what plane you’re flying in, you’ll find yourself fighting the controls. This difficulty, however, borders between being frustrating and providing a genuine challenge. In part, this will depend on the challenge you are trying to complete, but crucially the manoeuvring your plane is something you must give some thought to. Then there is landing the plane, which when doing so on a designated runway will only go awry when you know you have made an error. The landing challenge though is an exercise in testing one’s patience.

As a whole experience Ultrawings almost feels like a game still in early access with menu’s looking a bit too basic and the general navigation when not flying; then there is the issue with rumble which has not been implemented well and frustratingly cannot be turned off. Despite these issues, there is a somewhat interesting game for those who have the patience for it and want a flying game that offers something a little different.

Ultrawings reaches for the sky and just about succeeds. It’s far from perfect but for now, it fills that gap of aviation gameplay you didn’t think you wanted.