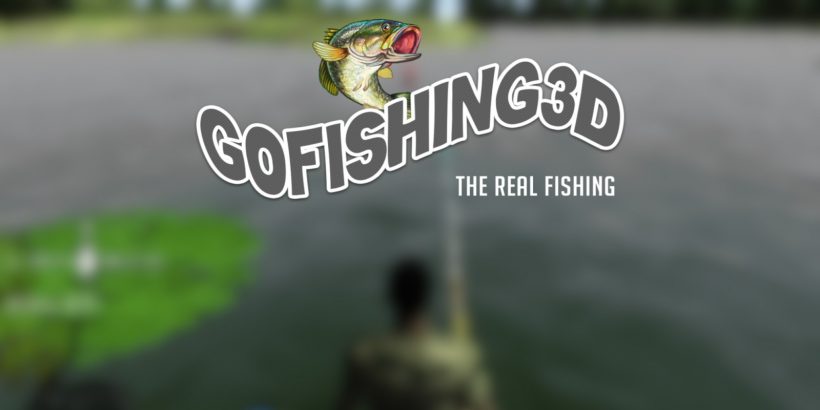 There are some truly amazing games counted within the Switch eShop library by this stage. Conversely, there are also some absolute stinkers. GoFishing 3D Real Fishing fits into that latter category but pushes the level of terrible to the extreme.

From the moment you boot the game up, floods of disappointment ensue. The opening menu allows you to choose between a male or female character, but the models are spectacularly terrible. They don’t even look finished, with a camouflage pattern on both of their t-shirts which doesn’t even look completely rendered. Then, while the water graphics are passable, moving your fisherman or woman around looks painfully unnatural.

The next piece of ridiculousness which somehow made its way into the finished product is the terrible menu system. In just about every game that has ever existed, menus are navigated by highlighting the option you want to select and then pressing the action button. Not in GoFishing 3D. For some reason, your selector is not displayed by the highlighted option but instead the dimmed-out ones.

It really does beggar belief, and leads to all manner of confusion when you wonder why the selector isn’t moving when you try to push the highlighted option left and right. It’s not an isolated issue, either, and manages to get worse when you push deeper into the menus. Sometimes there is no visual clue whatsoever as to what you’ve highlighted, or dimlighted, and then the game just becomes stuck. It really is an unacceptably poor system.

Onto the actual fishing, and still the game is a mess. Using the right stick to aim, a touch of Y casts the line, before waiting for a fish to turn your lure icon read. Then, you must pull up on the left stick before slowly reeling the line back in with R. It’s a terribly over-complicated system, particularly on a system which has Joy-Con controllers as standard, controllers which are perfect for use in fishing games such as this. Yet, their motion capabilities aren’t used at all. The control scheme takes all the fun out of fishing, and the drab and dreary action of reeling in makes the whole experience an utter bore.

You can use the ‘fish finder’ gadget to watch the fish pass by your lure, though it offers little help with knowing where exactly to cast your line in order to prompt a bite. But even the action of reeling in is a damp squib, with no dramatic yanking on the line, and a jarring shift between screens showing you the fish which you caught, and then again bringing up a dimlighting menu which will no doubt force you into accidentally keeping or releasing the fish which you’ve just lucked out in bringing out of the water.

The visuals continue to be terrible as you find yourself next to the bodies of water, with the bushy backdrops in the distance looking like something you might see making up the crowd on an N64 football game. In fact, this probably sits somewhere in the middle of the level of graphics we saw on the Gamecube – and that’s being generous – and that really is unacceptable for a game released in 2019 on the Switch.

Even exiting fishing to go back to the menus isn’t intuitive, with no start button. But you won’t play this long enough to figure it out. GoFishing 3D is tremendously below par, and can’t be recommended sincerely to anyone.

Poor from top to bottom, GoFishing 3D: The Real Fishing is likely the worst way you could possibly spend £13.49 on the Switch.