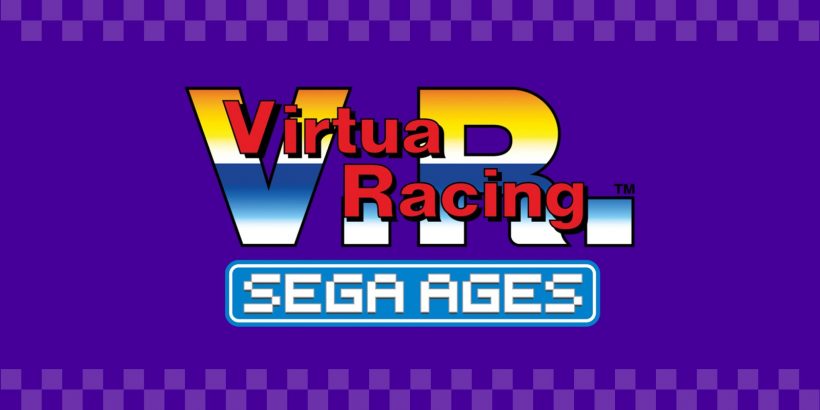 SEGA are building up quite the collection of their own Virtual Console style titles. Virtua Racing is the eighth such game from the eclectic back-catalogue of games to arrive on the Switch as part of the SEGA Ages range. Japanese gamers (and those with Japanese eShop accounts) have been able to blast through this classic polygonal racer for the last couple of months, and now those in the West can finally play it. The question is, should they?

If you are looking for a simple, cheap and entertaining F1-style racer, then the overwhelming answer is yes. More than a simple port, Virtua Racing is arguably the most polished SEGA port that the Switch has seen so far.

For those not in the know, Virtua Racing was first released in the 1990s and was top-notch back then. One of the earliest forays into complex 3D style visuals (for the time), the game featured three different tracks to race on: Big Forest, Bay Bridge and Acropolis. All three represented a differing challenge, and all three have been reproduced here. You race across the track with the aim of getting first, but to also hit each check point; your timer accumulates for every one you pass. It IS possible to run out of time before the required number of laps is reached, which makes for part of the game’s challenge.

This Switch port still sports that classic, original look, but it’s all been overhauled. It looks sharp, and the game runs at 60FPS and is presented in 16:9 widescreen. The sound effects are somewhat limited, usually limited to “vrooms” as you pass opposing vehicles, along with the regular chant of “Time Bonus”, but the tunes are chirpy enough and change/respond to whichever lap you are on.

The graphics may not be for everyone, but each track boasts its own look. Big Forest sports a fairground towards the end of the course, while Bay Bridge features a “Golden-Gate” style extravaganza. Acropolis looks very different to the other two, and has a very, very nasty hairpin in it. And all these tracks have a variety of scenery around you if you can stop long enough to admire it.

The standard, typical challenge will see you attempt to best the CPU across the aforementioned tracks and to set your best times. However, this version has also seen online multiplayer added, as well as support for eight racers on a single Switch console. Alas, I was unable to really test this out, but I did test the online, which, when it worked, was quite brilliant and enthralling, however I spend a huge amount of time waiting for opponents.

Generally speaking, you’ll be racing against the CPU for unto five laps, but you can tweak this in the settings for a 20-lap Grand Prix. Racing for longer was a more enjoyable experience, and while apparently you are supposed to strategically plan your pit stops, this didn’t feel like a necessity. To be honest, after a while I just yearned for the simpler format.

And, essentially, Virtua Racer is just a simple format. Formulated for the arcades and designed to extract cash from punters, it is somewhat short of longevity, but to be fair, it’s another cheap entry to the AGES series. For the price, it’s a huge blast and another nostalgic foray into gaming history. If you didn’t get the opportunity to experience it before, this Switch port is a great entry point.

It’s another cheap and entertaining effort in the AGES series, and a decent racer to boot. Whether you are looking for a nostalgic jaunt to the 1990s or a quirky little racer, you can’t really go wrong with Virtua Racer.