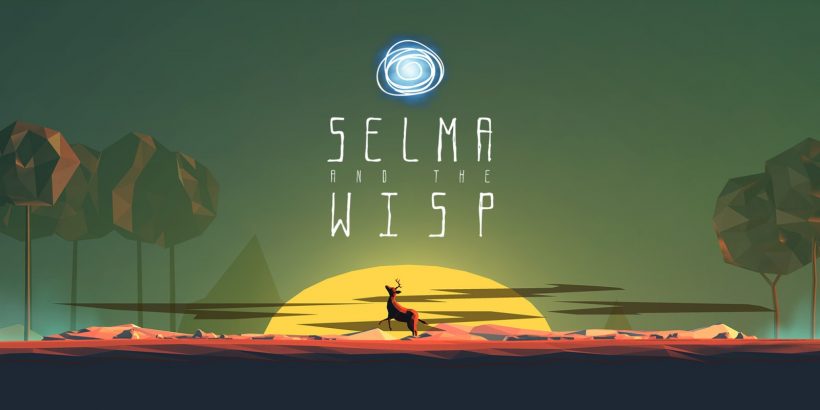 Switch games that try their best to capture your emotion by making you play as a young, vulnerable and sluggish character seems to be all the rage nowadays. Take Limbo for example – a title that’s relentless in its drive to create an atmospheric and melancholy setting with just a young boy traipsing from left to right while avoiding the many dangers that await. Limbo does the job and does it well with a fine balance of suspense and danger mixed together in a depressing but fascinating package that keeps you gripped (but not too tightly) in a voiceless journey from start to finish.

Selma and the Wisp follows in Limbo’s footsteps by taking the same route of a young girl dodging an unfair road ahead with only a small guiding light to help her through. Selma is pretty much useless; she’s drawn to the light that you control with the left stick and she can be told when to stop. The orb of light – or ‘Wisp’ as it’s called here’ – can be used to ‘explode’, making way for Selma to pass. One puzzle involved exploding near some rubble that fell through a cavern, and then tasked the player with figuring out that you needed to raise the water level, bringing a handy platform to the surface to enable progression.

With ten chapters to complete, light puzzle-solving in relatively small chunks is all there which can really slow down your progression through Selma and the Wisp. A lot of the earlier stages require liberal use of trial and error, but as time went on, I found myself stopping Selma to look ahead for the danger that inevitably awaited just a few yards up. There are plenty of varying methods for Selma to meet her timely demise, but there’s a hefty bulk of missed tricks. Never was I wowed with a puzzle; each chapter played on a previous puzzle idea but didn’t deviate away from the core idea of hitting a switch to make something move. It gets tiring too when the game is riddled with hitbox glitches and broken mechanics.

The premise is painfully straightforward and one that isn’t fully explained. You’re there to guide a girl called Selma through the darkness with obstacles in your way and dangers that are there – I guess – to represent the nightmares of small children. If being stuck down a low-poly coalmine is a childhood fear, then the developers have hit the nail on the head, but very little of the content seemed to make sense. The severe lack of clear context could be seen as appropriate or deliberate, but going from a poison-spitting hole to a shifty-looking skull that crumbles through the floor to a nuclear power plant with lava bubbling in large cauldrons makes for an awkward journey.

Controlling Selma by leading her through the darkness with the ‘wisp’ is an interesting concept and occasionally stopped the playthrough in its tracks as time was needed to properly survey the area before her. Some well-timed jumps and good use of the wait command kept me on my toes for the most part.

With a higher budget and a bigger team, this title could have been much more engrossing while keeping the same premise – which isn’t necessarily a bad one.

If you’re looking for a nightmarish title with eerie environments, nail-biting and butt-clenching moments of suspense, then you’re betting off looking at Limbo or Little Nightmares. Selma and the Wisp gets dull very quickly.