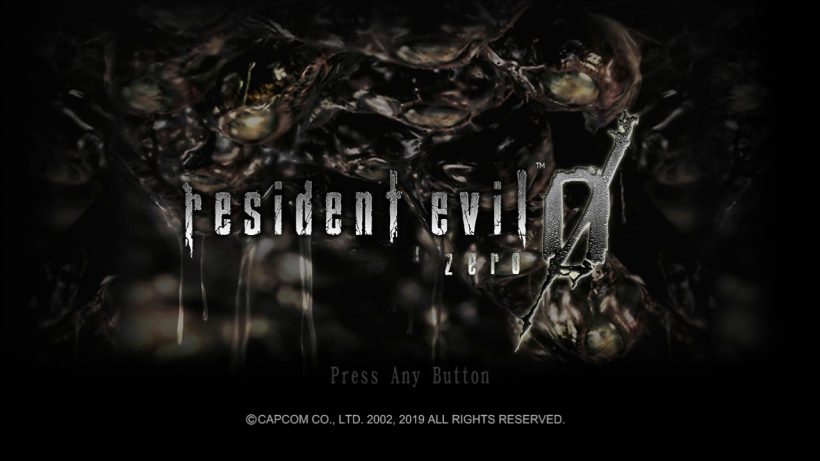 Resident Evil 0 sets itself up as the prequel to the events of the Spencer Mansion, in particular what happened to the STARS Bravo Team. This however requires you to buy into the idea that protagonist Rebecca Chambers had quite an adventure of her own before submitting to the supporting role in the first game, which has led to series creator Shinji Mikami once singling her out as his least favourite character. Tough, I know.

Still, Rebecca’s not alone in Resident Evil 0. Unlike in past games, where you pick either a male or a female protagonist, you now also team up with escaped convict Billy Cohen. You can control both at the same time with the right analogue stick, set up AI to fire weapons when necessary, or just swap characters at the press of a button.

Each character also has their own particular – albeit gendered – skills, so you’ll need to apply Billy’s manly strength for operating heavy machinery, while only Rebecca can mix herbs.

The real godsend compared to the first Resident Evil is that you can now drop items at anytime, so when inventory capacity is tight and there’s something that you desperately want to pick up, you don’t need to backtrack around for storage boxes or run away to a save room. Got too many herbs? Just combine them, dump them on the ground, and pick them up next time you’re in the area and need a little health pick-me-up.

This does however mean that there’s no item boxes at all, so if you did leave a key item all the way on the other side of the map, you’ll need to trek all the way back to retrieve it.

Even with these additions, though, there’s no escaping that Resident Evil 0 feels very much like a retread of the first game, but without the haunting nostalgia factor. The opening train level is a novelty, but soon you’re going through similar beats as you find yourself in yet another mansion which leads to another underground lab. Strangely, there’s also some annoying loading times taking longer than the door opening animations that were meant to disguise this in the first place..

With a similar campaign length to the first game, since you’re playing both protagonists at the same time, there’s less incentive to replay like you would with Chris and Jill, while bonus costumes are unlocked from the start. That said, there’s an interesting challenging mini-game called Leech mode that unlocks after you beat the campaign while this remaster includes an extra mode that reskins Billy as series baddie Albert Wesker with a couple of his powers. Nonetheless, these HD ports don’t come cheap, so if you had to pick between the prequel or the original, then the latter remains a no-brainer.

A superfluous prequel to the original survival horror, Resident Evil 0 nonetheless has some interesting ideas around co-op and item management that make it more than just a retread – but only a bit more.