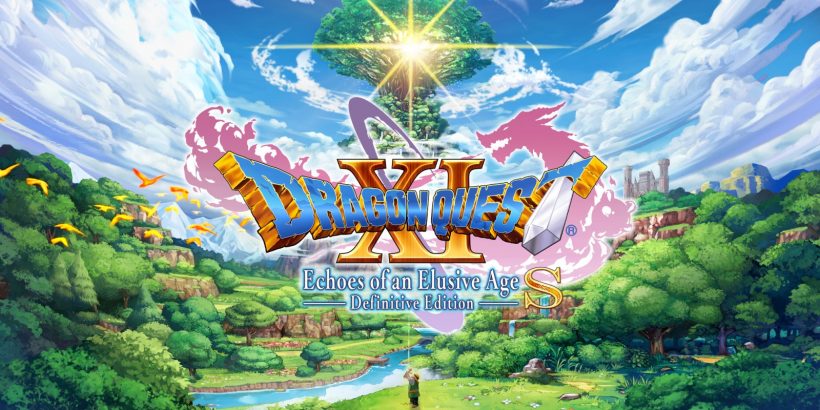 Dragon Quest XI S: Echoes of an Elusive Age – Definitive Edition was the first game to ever be announced for the Switch, back in July of 2015. This was before we even knew what the Switch hardware would be like, with it still carrying the ‘NX’ moniker, and The Legend of Zelda: Breath of the Wild known only as “Zelda Wii U”.

Now, over four years later, its release is finally here, and it was worth the wait. Not only is Dragon Quest XI S the definitive version of the game, but this is also the first time I’d argue that the Switch version of a game is the best one available, above those for the other consoles. The improvements and added features are superb, the portability aspect is a massive bonus, the orchestral soundtrack is beautiful, and the graphical fidelity and consistent performance retain enough quality for the game to hold its own against the more powerful PS4 and PC versions. Thus, the first game announced for the Switch becomes one of its best.

Dragon Quest XI S tells the story of the Luminary, a young orphan who leaves his quaint hometown on horseback in search of adventure in the land of Erdrea after finding out that he is destined for greatness. As you progress, a host of different characters join your company, each with their own story to tell, fighting style, and skill tree customisations. By the end of the game, you’ll have assembled a finely-tuned squad that perfectly fits your playstyle and preferences.

The dynamic, free-flow battle system helps you to stay engaged in the world, with a myriad of monsters and enemies designed in Akira Toriyama’s recognisable style ever-present for players to take on. Battles take place in Erdrea’s plains themselves, rather than in separate battlegrounds, and you can run around in real-time as you perform attacks. It’s a feature that really keeps you enthralled, and is what I envisage the evolution of Pokémon’s gameplay to look like in the years to come.

The turn-based combat otherwise doesn’t necessarily have anything unique or special about it, but the option to let your different party members think for themselves while you give them an overarching strategy keeps things interesting. It’s a great way of introducing new players to the many aspects of JRPG battle systems, and allows them to focus on the Luminary as the primary character at first. Experienced players may choose to disable these features in favour of a more ‘classic’ approach, and in fairness, they can cause hassle when trying to sync up ‘pep powers’ – essentially, your special attacks. This is not a major issue, however, as you can always crack the whip and call ranks mid-battle.

Dragon Quest XI S’ presentation is, on the whole, brilliant. The graphics, the weird and wonderful character designs, and the grandiose soundtrack all mesh together to create an engaging and thoroughly sizeable adventure. It is evident that a lot of attention to detail has gone into this project, with plenty of nods and references for long-time fans and little things such as the satisfying stamp sound when you finish a quest, or the church organ jingle when you save. These things make it easy to get engrossed and lost in the world.

However, while dialogue and voice acting in the game is generally intriguing, funny, and well-acted, some characters can sometimes feel a little tedious and annoying. If the egregious cockney accent gets on your nerves, you can easily switch between English and Japanese in the settings.

Dragon Quest‘s 2D mode – an exclusive addition to the Switch version – is perhaps one of the most unnecessary, yet incredible, features I’ve ever witnessed in a game. Completely reimagining and reconstructing the game world in a retro, 16-bit graphical style that harks back to the Dragon Quest games of old, it morphs the overworld, towns, cities, and battle system into a nifty throwback adventure. This dynamic system is perfect for handheld mode on the go, and better still, the transition between the two game styles is almost seamless, requiring only that you slightly backtrack to some tentpole story beats.

Those returning to Dragon Quest XI will be pleased to know that there are a ton of quality of life improvements, making the experience of playing so much more streamlined. Cutscenes can be skipped entirely, battles can be sped up to avoid monotonous grinding, and you can even turn off some of your team’s battle grunts and sounds should they become annoying.

This winter, Nintendo fans have on offer two excellent sides of the RPG coin: the Western RPG in the form of The Witcher 3, and the JRPG in this celebration and fundamental mastery of the Dragon Quest series. Those who have never played a Dragon Quest title have nothing to fear in considering purchasing Dragon Quest XI S: Echoes of an Elusive Age – Definitive Edition. There’s a free demo out there that you can try should you have any lingering doubts, and it’s longer than the full length of many games out there on the eShop. With progress carrying seamlessly into the full version, why not give it a try?

Dragon Quest XI S is a quintessential JRPG that celebrates the series, and yet somehow is still accessible. The world is rich, the gameplay is satisfying, and with a free 10-hour demo, you have no excuse not to play it.