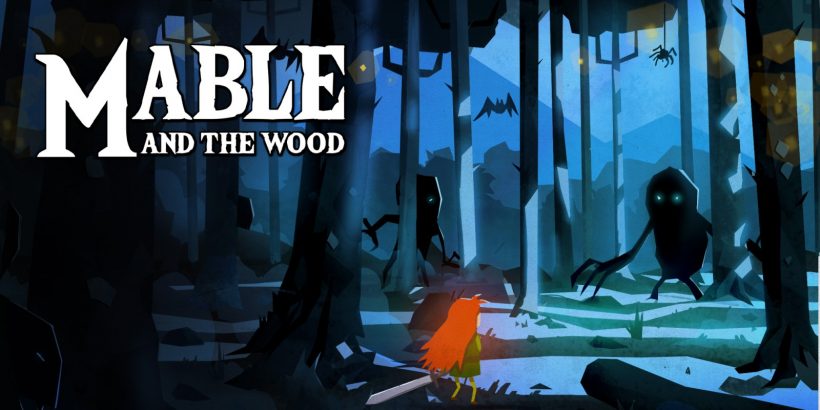 Unique, interesting and ambitious. These are just three of the words commonly associated with indie games. Whilst AAA titles have the luxury of sitting atop a relative safety net, reinventing the wheel with each iteration, indie titles are trying to break new ground just to keep up with the competition.

Mable and the Wood is one such example, with polish and performance taking a backseat for creative ingenuity.

Set in a fictional world where ancient prophecy influences actions, the gamer takes on the role of Mable. Armed with a sword too heavy to carry, and a burden on her shoulders equally so, you are tasked with ridding this dying world of giant beasts that rule the land. Although a tried and tested storyline from games of old, the way in which this is achieved offers something far less common.

Mable has the unique ability to take the form of those she defeats, meaning that new skills are learnt sporadically throughout the game. With only B used to both attack and jump, these newfound abilities are a welcome addition to the action and attempts to keep gameplay fresh. For example, it is possible for Mable to transform into a fairy from the off, dropping her sword and flying through the air. Upon landing, her sword is returned to her and anything in its path is destroyed. Later, she takes the form of a spider and can use webbing to reach higher places or shoot at her foes. Maintaining non-human form is time sensitive, and has to be carefully managed to ensure progress.

Metroidvania is another word synonymous with indie titles of late and it applies here too. The map is both large and complex, with the retracing of steps and alternative route-taking a key feature of the experience. This leads to the possibility of different endings and storylines which will please many. However, it is not easy to navigate and it can become challenging to identify where to go next.

The premise of Mable and the Wood is one steeped in good intentions. That being said, the game is plagued by issues that hinder its chances of success quite considerably. For one, there is evident slowdown during some gameplay segments which makes the platforming a little challenging. Unfortunately, the same applies even when slowdown isn’t apparent, as the unusual nature with which Mable moves around the screen in each of her forms can be difficult to control. When a rhythm is found it can be incredibly satisfying, but these moments are few and far between. As well as this, there are too many transformations and not enough buttons used in the control scheme which means it becomes cumbersome and fiddly to move around properly.

Built with bags of potential and crafted on a solid foundation, Mable and the Wood had the makings of something special. An unusual control scheme and clunky combat ensure that it isn’t heralded a ‘must-have’, but the idea deserves merit and expansion in the future.

Mable and the Wood could have been a smoother, more intuitive experience, and it is only disappointing that it isn’t. The idea was a good one, but its execution leaves much to be desired.