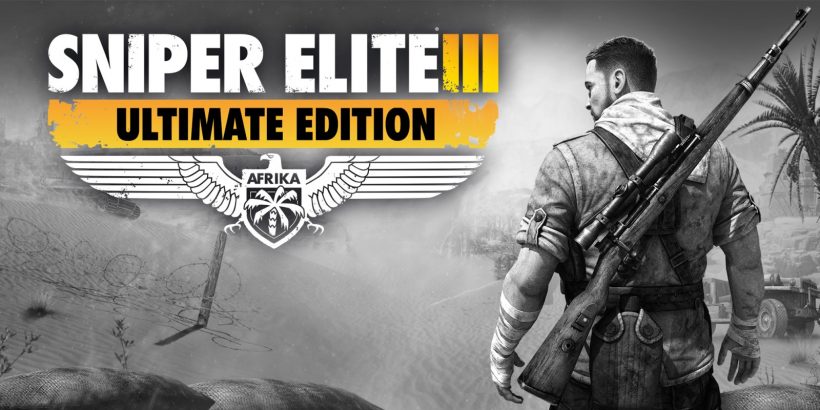 When I was coming up through gaming, there was no lack of World War II shooters available. You could go into your local game shop and find the shelves stacked with each publisher’s take on the genre, and everyone you knew owned at least one of them. Today, besides a recent resurgence, most companies are moving away from this subject and onto newer trends. Sniper Elite III is a unique take on WWII in comparison to the multiplayer-heavy versions of yesteryear, but scratches the same itch you may have to play a game set in this era.

Here, you are a soldier deployed to take on the notorious Afrika Corps during Germany’s invasion of Northern Africa. During this adventure you will take out top officers involved with this campaign and, as is customary in these titles, have the chance to take down Hitler himself. The story follows historical conventions for the most part, which is fine for the history buff, but it isn’t that exciting for those who aren’t into realism. For the purposes of the gameplay, some breaks from history are made, and overall it is the gameplay you are playing this for, rather than the mostly non-fiction paths through historical battles.

Sniper Elite III distinguishes itself from most WWII shooters due to its use of the third-person perspective, rather than the heavily-used first-person perspective. This title is also, first and foremost, a stealth game, as you are required to crawl from location to location, hiding in the shadows in search of your next sniper nest. In this sense, it is reminiscent of Metal Gear Solid.

You will use loud equipment to cover your shots, and staying concealed is the main objective as you pick off the unsuspecting enemies. You will build a loadout that fits your play style best, whether this is rushing into combat with machine guns and shotguns, or sticking to your trusty sniper rifle and keeping things sneaky. The ability to play this title as a pure shooter is a user-friendly option, however, this game is 100% built with stealthy combat in mind, so you will be losing out on what really makes this game tick if you deviate from it. Nonetheless, the options provided by the developers allow players to have the experiences they want.

Each level is fairly straightforward, with bonus objectives offered that direct you to take on the vast open levels in particular ways. There are also collectibles of varying types littered throughout the levels, such as war diaries that give you an insight into the nitty-gritty of what is happening. All of these add something else for you to search out beyond counting head shots.

There are several modes to choose from, from the single-player campaign to multiplayer death matches, to the endless survival mode that sends hordes of Nazis running at you. All of these keep the gameplay fresh, and add some good play / replay value to the title. However, I’d recommend finding some friends to play with, as the long wait times and minuscule player base sadly make the online options almost unusable.

A mainstay of the Sniper Elite series are its Mortal Kombat-esque death blows, which give you quite the gory look into the power and horrors of war. As you take your shots, you will enter a slow-mo section that follows the bullets trajectory as it enters the selected target. And when I say “as it enters”, I mean that literally.

You see the insides of the target and watch the damage that the bullet does as it moves through and exits their body. This is extremely gory, and those that are a bit squeamish will want to take note of this feature, or else shut it off via the settings. While the raw, graphic violence is a core part of the draw to this series, the developers do recognise that you may just want to play through the game without having to worry about losing your lunch along the way.

On the whole, Sniper Elite III is a unique take on the WWII shooter, with some seriously fun gameplay and interesting features to make this title a cult classic. The game performs well on Switch, with no performance issues to speak of besides the occasional bug during the slow-mo portion. Historical accuracy with a twist takes you on an adventure that is refreshing in comparison to the traditional multiplayer shooter with its stealth emphasis and strong single-player components.

With all of the DLCs included in this Ultimate Edition package, and enhanced pro controller support and motion controls on offer for Switch players, Sniper Elite III is a game worth checking out if you are a WWII junkie, a fan of shooters, or simply looking for something new to sink your teeth (or bullets) into.

Sniper Elite III: Ultimate Edition is a third-person stealth shooter that takes you through the Africa campaign during WWII. Featuring gore-laden sniper shot cutscenes and comprehensive gameplay, you can really see why this one is a cult classic.