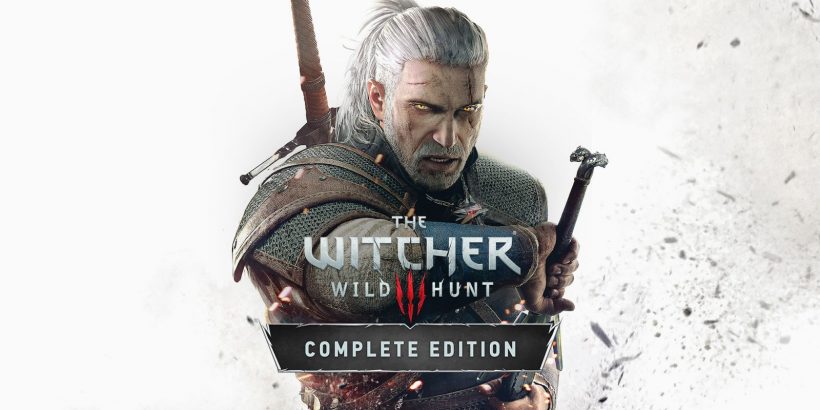 The Witcher series has blessed the gaming world with its deep lore, branching storytelling and intense worlds, exciting players’ imaginations for over a decade. These games are praised for their few detriments, and the experiences that they offer are truly something special. The experience offered by The Witcher 3: Wild Hunt is no different, as you return as Geralt of Rivia — a monster slayer for hire who fights against the things that go bump in the night.

Most of the population dislike Witchers for their use of magic and odd mutations. Nevertheless, you have a job to do, and crowns to earn. You are searching for Ciri, your close friend and understudy, who is being hunted by the ghostly Wild Hunt. As you travel across the countryside you will discover stories beyond your wildest dreams, as well as some of the most minuscule tidbits of context that will charm and wow you. With a near-endless string of quests available, ranging from helping to clear the local well of a wraith to returning a missing frying pan to an old woman, you truly cannot run out of content or story to experience. It is up to you to step out into the world and discover it, and with 36 separate endings, you have a lot of choice. A story this vibrant and diverse comes with a lot of responsibility for the player. Keep your eyes open, or risk missing out on what this amazing world has to offer.

While on your journey, you will experience your fair share of conflict. Whether caused by your choice of dialogue options or by your use of sword and fist, in such confrontations, you will have a few tricks up your sleeve for self-preservation. For starters, you wield two swords: one of steel, for tackling human opponents; and the other of silver, for slaying the beasts you will hunt. In addition to these, you will also utilize a crossbow and bombs, as well as ointments, potions, and food for health regeneration. Rolls, dodges, and parries are your main defenses, along with your set of armor in case a blow should strike true, of course.

In combat, your light attacks allow for quick, low-damage strikes, while your heavy strikes hit harder, but lack that same speed. You also have five magical signs, or spells, at your disposal, which can aid you in both combat and dialogue. The combat system is fun to use, but hard to master. You cannot just launch into combat swinging away, as in most cases, you will be easily surrounded or trounced by a larger enemy. Thus, you must use your swordplay and the tools at your disposal to defeat your enemies, which comes with a (sometimes substantial) learning curve. Even on the ‘normal’ difficulty setting, the combat isn’t easy, and so this is where you will need to spend a good bit of time practicing early on. Once you master the fluid attacks and combos in your arsenal, you’re set for a great gameplay experience where even the smallest of encounters feels like a significant, strategic event.

There is also an extensive ability tree, as well as a sophisticated skill upgrade system, to take advantage of. Each level gained grants you ability points to spend on skill upgrades, so whether you want to make your Axii sign more useful in dialogue, increase the damage of your heavy attack, or increase that sweet, sweet carry weight, you have the options available to you. Once a skill is unlocked, you’ll then need to head over to your skill tree and assign it to yourself in order for it to take effect. Mutagens you collect from defeated monsters can also be attached to this section, increasing the power of attached skills based on their colour. Colours distinguish the sections that skills are sorted into, with paired colours rewarding the player with bonuses for their applied skills. The upgrade system is simple to understand, but the colour-based system feels a little odd. It adds an extra level of strategy to your choices, as pairing up a bunch of attack options can make for some great boosts, but it also hinders your abilities in all the other categories by incentivizing a one-track mind. This contradicts much of what I consider an RPG to be, and what it should be.

You will spend a great deal of time playing detective, as most quests require you to scour the environment for clues or items. For such tasks, you have your “Witcher sense” – a slow-mo mode that blurs the screen and highlights items in the vicinity in red if they are crucial, or in yellow if lootable. Though a helpful tool, it lacks the reach players desire or expect. You must be very close to items for them to light up, so you may find yourself aimlessly walking around in circles fiercely holding ZL to little or no avail.

World traversal is a straightforward system of signposted fast-travelling or on-foot escapades. Alongside your trusty steed, Roach, you will move through the world discovering waypoints of all kinds. Monster nests, ability upgrade shrines, hidden treasure, and all sorts of other things can be discovered, but you must get out there and search the world thoroughly to uncover all that it has to offer.

Having travelled to merchants to trade in your loot, or to smiths to repair your equipment, you will no doubt encounter a card game called Gwent. It is simple to learn, as it is basically a game of War with some added strategy, but it is a ton of fun to play when you aren’t killing ghouls or finding lost maidens. Extra cards can be collected by winning matches or through purchase, allowing you to have an entire deck-building card game on top of this already 150-hour RPG.

With its dynamic environments and complex day-night cycle, The Witcher 3: Wild Hunt offers some of the most interesting areas for exploration that I have ever witnessed in a game, and I truly enjoyed experiencing them. However, this is where the port shows its serious downgrades to graphics and performance. Load times are too long, graphics have been popped down similar to the original release of The Elder Scrolls: Oblivion, and framerates are lower than you’d probably want for a game of this nature. Bugs are present here and there, as is common in games of this size, but thankfully nothing too overt or hindering. For the convenience and delight of playing The Witcher 3 on a handheld system, you must accept that your experience will not equal that of someone playing on a high-end PC. Know, though, that The Witcher 3 is still an excellent experience on the console regardless of its appearance or frame rate.

The Witcher 3: Wild Hunt is celebrated as one of the largest and deepest RPGs ever made, and rightly so. The fact that it has made its way onto the Nintendo Switch is a triumph, regardless of the technical limitations that came with porting it. With this, we have one of the greatest games of our time on our beloved little handheld, and I am all about it. Featuring excellent combat, well thought-out progression systems, and nearly endless content, The Witcher 3 is a must-own title on the Nintendo Switch – especially with the standalone DLCs Hearts of Stone and Blood & Wine also included on the cartridge as part of the Complete Edition.

The Witcher 3: Wild Hunt — Complete Edition is like any addictive substance. You need it, you always have to have more, and once you have it, you never want to be without it again. With its immense content load, well-crafted systems and engaging combat, you’ll soon forget that this is a downgraded port of the game.