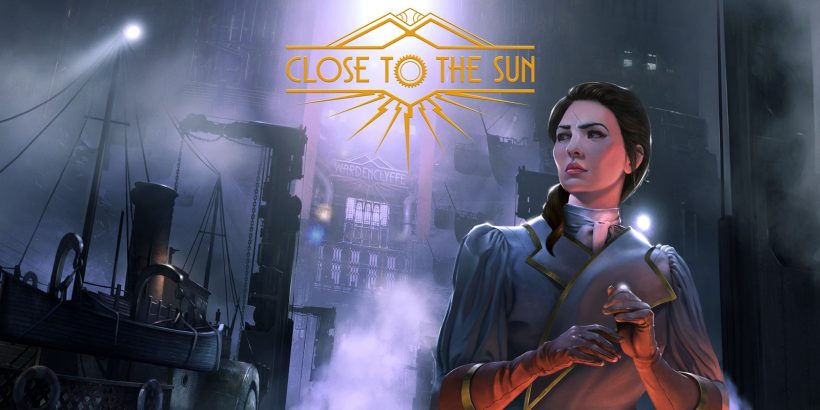 Coming from the “walking simulator” genre, Close to the Sun is an adventure-exploration title in which you will be searching for clues and deciphering puzzles from Nikola Tesla himself. Taking place in an alternate universe, you play as Rose, a journalist who comes aboard the famed Helios laboratory ship in search of her sister Ada, who is a member of Tesla’s team of scientists.

As part of this world, you will see Tesla’s grand inventions hit levels that he never came close to in real life, with limitless, free energy coursing through much of civilisation, and more coming down the pipeline. Somehow the research being conducted on the Helios has come to a gruesome conclusion, as you climb aboard and come to see “QUARANTINE” plastered across the entrance.

Environmental storytelling and world-building are the pièce de résistance for any walking simulator, and Close to the Sun nails those aspects in every sense. With collectable items featuring deep dives of information and subtle environmental hints, you can really get a glimpse into what the world is like in this game’s version of 1897. Beautiful halls and unique décor make for an enchanting experience to move through, however, the story totally ruins everything the team at Storm in a Teacup have created.

With a BioShock-esque tone and mechanics similar to that of Everybody’s Gone to the Rapture, you have the makings for one of the best stories ever told in gaming. Unfortunately, due to a leaky time travel loophole, you have a tale with all that potential squandered. Not a lot here makes sense, and things only get more confusing as you are launched into quantum physics, time dilation, and the time-protecting antibodies the game’s creatures are described as. When the genre is known for light gameplay mechanics, you must get the story right, and this one doesn’t.

As you progress through the opening sections you will be bombarded with jump scares right away, with no signs of letting up. With survivors running around for no great reason, and machines breaking down left and right, you have a lot to be prepared to be frightened by. Besides these harmless touches, you also have legit monsters and a murderer (with some close ties to a rather famous British serial killer) to escape from. Bodies are scattered everywhere, with gory scenes abound, making this one a horror title of sorts. The only unfortunate part of this is a chase scene mechanic that is frustrating and annoying. While running away is a simple premise, the low resolution of the game paired with busy environments makes for navigation to be quite a bother.

Light puzzle mechanics are present but mostly consist of searching through the environment for a code or clue for opening some sort of device. Beyond that, you are just aimlessly wandering the ship in search of your sister and some answers.

All of this is given a sweet cherry on top, with a horrible resolution and chugging framerate present throughout. Environment pop-in, where things appear randomly in front of you as the game loads, is a major issue in open areas, and everything has a weird jagged edge to it.

Close to the Sun is a gorgeous game, but a lot of that is lost due to the rough port. It is a title that evokes the classic myth of Icarus but ends with more in common than was probably meant. In this case, the rat didn’t leave this sinking ship.

Close to the Sun takes gorgeous environments and stellar world-building and mixes it with confusing storytelling and a technically bad port. Fans of the “walking simulator” genre will probably want to experience it, but everyone else should walk away.