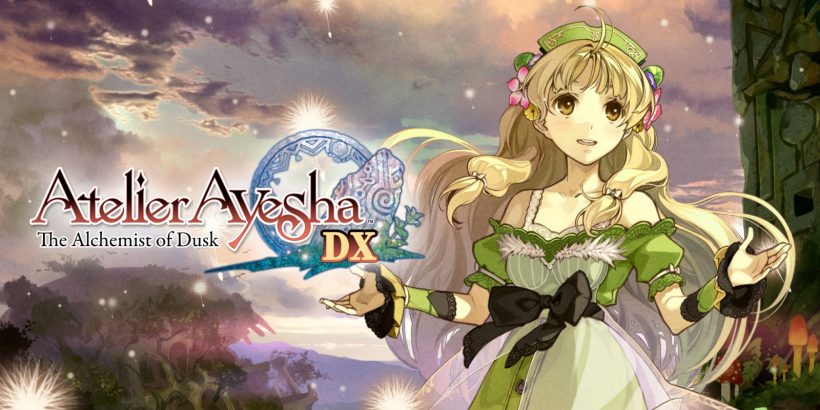 Originally released on the PlayStation 3, with a Vita port, Atelier Ayesha: The Alchemist of Dusk DX is an open-world RPG following main protagonist Ayesha. As a local herbalist, she makes medicines and concoctions for sale in a lonely hovel on the outskirts of a ruin. Tragedy has occurred, however, as her sister vanished mysteriously some time ago, but there may still be hope. Ayesha confronts a wandering alchemist, and the man states that Nio, her sister, is trapped in the spirit realm, and she has three years left to rescue her. From there, you go on an epic journey, learning the ways of alchemy to save your sister.

Not only is the period of time left to rescue Nio a focus of the story, but it’s a main mechanic in Atelier Ayesha. Every step you take eats up a little bit of that running timer, so it becomes crucial to methodically plan out every action in order to not be wasteful with the time allowed. Atelier Ayesha has multiple endings, and running out of time or not hitting certain friendship levels with the cast of characters are variables that determine how this tale will conclude for you. As someone who either goes all-out, searching every nook and cranny of a game, or just plough through the story bits, Atelier Ayesha hurt my soul. Mainlining the story means you won’t be able to progress, as there is a grind factor to leveling, but seeing everything this game has to offer isn’t allowed either.

Gathering fauna for potions and bombs is something that you will need to take a lot of time to do as you travel around. Luckily, the way this works is simple. As you move around the map, you will be tasked with walking through forests and dungeons. Around these areas, glowing plants will stand out from the environment, signifying a place you can gather up supplies. Besides that, making purchases from shops finishes up this menial task.

Unfortunately, as the main gameplay focus, you are left on your own when it comes to utilising these gathered items. Without a tutorial or decent explanation of how to properly combine elements, you’re left to trial and error your way through. Otherwise, a guide is going to be the only real way you can make sure you get the right properties into specific items you need for specific villagers.

Completing side quests is the best way to gather experience points and earn some coin, so you will be spending a lot of time doing so. This rapidly turns into an endless cycle of fetch quests, and it’s something you will probably sour on quite quickly. Not to mention that doing too much will lose you critical portions of time.

The characters in Atelier Ayesha are extremely shallow. Beyond the normal tropes you will find in most personalities, there isn’t much substance to the protagonist or the cast you meet along the way. Ayesha is overly-bright and happy for someone on a dire quest to rescue their sister from certain doom, and it seems like everyone around her feeds into this odd, lightheartedness.

If you are a fan of the Atelier series, then this will probably be a definitive experience for you, as this DX edition features much of the past DLC, and some user-friendly improvements, but all in all I found this to only be a passable JRPG that stands at odds with itself.

Atelier Ayesha: The Alchemist of Dusk DX is a passable JRPG that hardcore fans of the genre will find positives in. However, minimal explanation for the main draw to the game, and the limiting of your time in the world are rough spots.