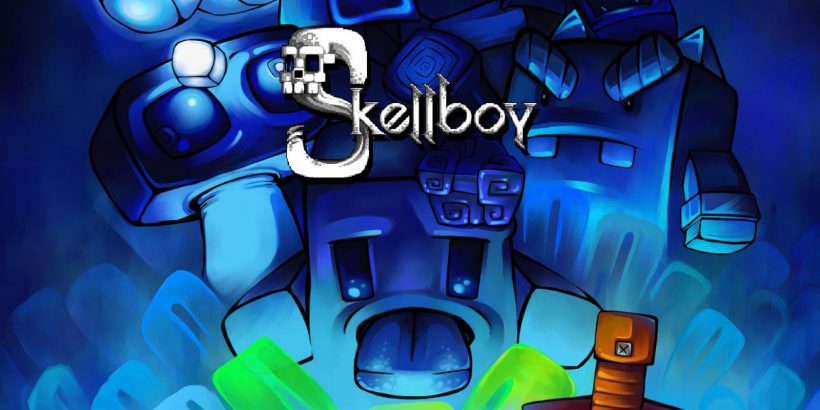 Role-playing games often have the player swapping out items and equipment in order to maximize efficiency and increase stats. Skellboy, the action-RPG title from Umaiki Games, does this as well, but they take things a step further. The main protagonist, a long-dormant hero named Skippy who just so happens to be a skeleton, is brought back after being accidentally summoned by an evil necromancer. Because of this, Skippy can swap out his head, body, and feet for parts he finds throughout this adventure, whether that be a zombie’s head that offers poison resistance or a gargoyle’s body that gifts you flight. Regardless of the combination of parts you decide upon, the goal is clear — take down the necromancer and find the princess.

Soon after the resurrection, you discover the reason behind Skippy’s return to the kingdom of Cubold is simply a break-up between the aforementioned necromancer and his princess girlfriend. Besides Skippy, all manner of undead ilk have arisen, placing the kingdom in turmoil. Skippy must gather up the equipment necessary from the royal coffers and hidden tombs in order to take on this necromancer, his army of the dead, and some orc tribes taking advantage of the situation. Even though tropes are commonplace in this tale, there’s still a lot to like in terms of pacing. Dialogue is well-written with an emphasis on comedy, making for an enjoyable time throughout.

Side quests help break up the story, even if they’re few and far between. Helping rescue characters, opening wells for water creatures, and more allow for you to work towards other causes while earning some sweet loot here and there.

Basic, hack-‘n’-slash gameplay allows you to focus on other areas of combat. Properly placing hits and player positioning is crucial to not taking too many blows with this Legend-of-Zelda-style health system. Unfortunately, I found that oftentimes you are given too many obstacles between checkpoints, where the more consistent strategy is to simply run for your life. It reminded me of Dark Souls, where after several attempts you just break down and run past everything to get the next bonfire. Five weapon types allow for some customisation, but also creates barriers in Metroidvania-esque fashion, where a club is needed to break boards, or an axe is necessary to remove vines.

The highlight for Skellboy comes in its art style. Two-dimensional, 8-bit characters hop around the environments, much like in Paper Mario, starting you off with some charming design. Bright-coloured, beautiful landscapes make it feel like an artist’s canvas, even with the pixelated graphics.

Performance issues plague this adventure, which hurts a title that otherwise would have been a highlight to start the year. Stuttering during loading periods and framerate drops when too many enemies are on-screen make for an experience you’ll have to fight through at times. I found this to be something I could personally deal with, as I enjoy the rest of the title wholeheartedly, but it will certainly affect the playthroughs of many.

Skellboy offers a total package that hits on all the right points. Even though the combat is rudimentary, the weapon types, rotating body parts, and finesse in terms of positioning and hit placement make up for those shortcomings. The story is filled with tropes, but good writing and comedic relief help remediate this. At the end of the day, the only major issue throughout comes with how the game runs, which is regularly poor, unfortunately.

Skellboy is an exceptional indie title that, unfortunately, suffers from some pretty severe performance issues. Unique mechanics, stunning visuals, and enjoyable gameplay are held back by this one asterisk, but if you can fight through it, there are so many positives.