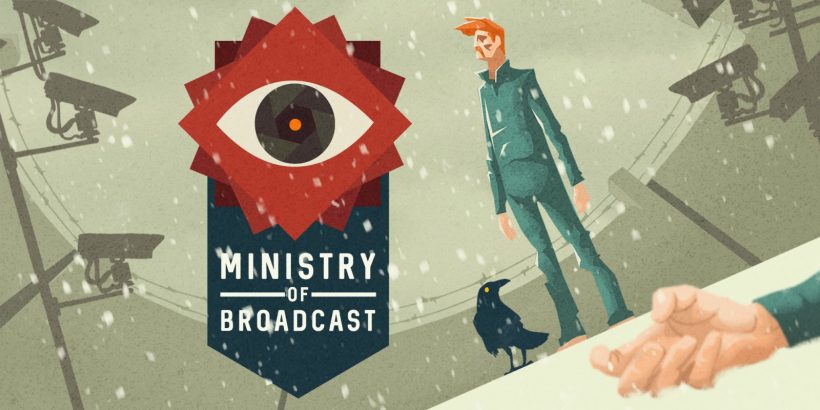 In our modern gaming landscape, there are lots of titles that strive to deliver a ‘cinematic’ experience.

More often than not, though, these are AAA games with photo-realistic graphics – franchises that try to be cinematic by… well… trying to copy what cinema does better. Yet, even if this feels like a modern video game trait, in reality, there were a good number of games that tried to be cinematic way back in the earlier years of gaming. Prince of Persia (the original platformer), Flashback, Blackthorne, and Another World are just some of the most famous examples. Ministry of Broadcast feels like a kind of spiritual successor of these classic titles, and proves that you don’t need a Hollywood budget to deliver a show.

Similarly to its gameplay, the influences for Ministry of Broadcast’s narrative are very clear too. The game doesn’t talk about the world-building in an explicit way, but, as you progress through its six-hour-long campaign, you’ll start to realise what the game is about. Without spoiling too much, you control a nameless protagonist that enlists himself for some kind of deadly reality show. What makes everything much more interesting is the fact that Ministry of Broadcast takes place in an Orwellian-inspired dystopian world – every ‘cliche’ included. Take the ever-watching Big Brother from 1984, add it to Stephen King’s The Running Man, and the result is Ministry of Broadcast.

The way Ministry of Broadcast portrays this dystopian universe is also quite appealing. The entire world (at least, the parts you see), is represented with minimalist, but full of character, pixel art. Each environment has its own colour pallet, which allows for very distinct moods if you’re trying to survive through the subterranean mazes, or if you’re exploring the snowy gigantic walls outside. In addition to that, every single character follows a style that is reminiscent of Superbrothers: Sword & Sworcery EP, and are given life thanks to incredible little animations. Another outstanding detail of Ministry of Broadcast lies in how the game plays with perspective using parallax effects. Objects that are closer to the ‘camera’ are blurred, and the games add many layers of effects to the map and the backgrounds.

Gameplay-wise, Ministry of Broadcast takes place as a 2D sidescroller that mixes platforming and puzzle segments effectively. In order to progress, you’ll have to deal with many hazards – spikes, hostile characters, and breakable platforms are just a few of them. Here is where Ministry of Broadcast feels more like the classic cinematic platformers such as Another World and Prince of Persia – for the good and bad.

When it comes to the good parts, Ministry of Broadcast provides some thrilling segments where you need to run, jump, and interact with the scenarios in cool and interesting ways. On the bad, though, despite some very welcoming quality-of-life improvements, the game can have some very frustrating segments, where you need to be too precise in order to progress. These difficulty spikes can be very annoying at times, but it is also rewarding to get over them. Thankfully, there is a patch on the way that promises to improve these segments, adding an easier mode too.

There aren’t many games like Ministry of Broadcast on the Switch eShop, so, if you can get over some of its more hardcore segments, this is a great dystopian experience that, even within its limitations, feels truly cinematic.

With its unusual mixture of a dystopian narrative, a minimalist art style, and a 2D platforming gameplay, Ministry of Broadcast delivers a unique experience that feels truly cinematic – despite some annoying difficult spikes.