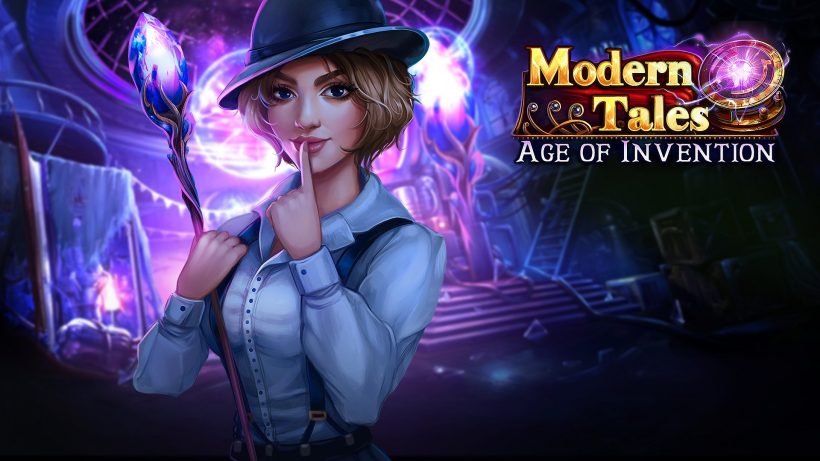 There’s a calming sense of familiarity about the majority of Artifex Mundi’s Switch releases.

There’s a standard shared formula, with a few tweaks here and there, across the developer’s catalogue. We’ve previously reviewed the likes of Enigmatis 2 and Nightmares from the Deep 2, two games which combine point-and-click adventuring with mini-games, with the most frequently occurring being hidden object puzzles. Modern Tales: Age of Invention is another release that follows this tried and tested formula.

The story here is mainly set across France and Switzerland, and it’s a pretty far-fetched tale involving inventors, from average Joes to more recognisable names including Albert Einstein and Ferdinand von Zeppelin. You play as Emily Patterson, who is visiting her inventor father at the World Expo in Paris in 1900 when disaster strikes: a mysterious sphere crashes into the roof of the building and her father, along with all of the other scientists present, mysteriously disappear. It later emerges that a mysterious character, who can be seen fleeing the scene in a zeppelin, might have had something to do with it.

So, the adventure begins. It’s up to you to investigate every one of the game’s scenes, looking for objects that can be collected or interacted with. These objects will then be used in other situations elsewhere, with this sometimes being glaringly obvious (keys into locks, or showing a picture of your missing father to a policeman) or more difficult. The minigames can also take some working out; fortunately, if you’re in need of a specific code and you later discover it elsewhere, you won’t have to remember it by heart until you get back to the place where you need to punch it in, as the game will handily display it right back at the point of entry.

All of the visual signatures of an Artifex Mundi game are present and accounted for here. The games always have a very distinctive artistic style. A standard, mysterious soundtrack plays almost from the first minute of the game to the last, though the story is told by a combination of the puzzling and through cut-scenes that separate each unique section of the game. Some items will carry over from area to area – you won’t be able to miss the point where you need to use any of the items, but there are collectable atom symbols to be found throughout the game, which can either be thrust right in your face or tucked away so that you overlook them entirely.

But what these games always do well is evoke a good sense of adventure that lasts throughout their short-ish run times. You can expect to tie up the entire game in about four to six hours, depending on your brain for puzzles, while the hidden object puzzles can be solved by simply clicking everywhere on the screen with no penalty for doing so on the game’s standard difficulty mode.

These Artifex Mundi games usually each have one aspect that is unique to each of the games, but in this instance, there was ultimately very little to make it stand out. This seemed very much to be a by-the-numbers point-and-click adventure, and as a result, it’s arguably more forgettable than the other titles mentioned above. This is a game that can very easily be summed up with an “if you liked these games then you’ll like this because this is more of the same” verdict.

Modern Tales: Age of Invention is the sort of point-and-click adventure we have become accustomed to on the Switch eShop. However, there’s very little new or different here, and as a result, this one struggles to stand out.