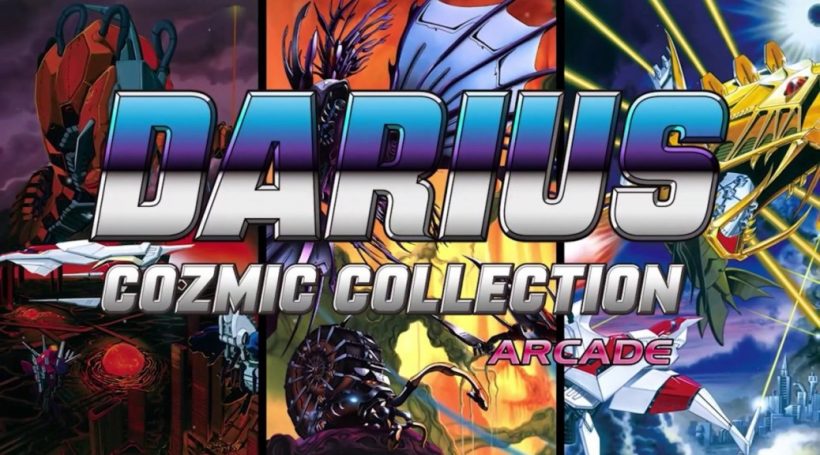 For the record, Darius Cozmic Collection Arcade hates me. And my thumbs.

For those unfamiliar with the series, Darius prides itself on punishing adventurous players who fancy a go piloting a tiny spaceship while blasting fish-like aliens. The long-running franchise offers up some of the most challenging side-scrolling action you’ll encounter on the Nintendo Switch, and it does so with a level of style and refinement that few modern games can match. However, before you jump in, know this: Darius does not suffer fools, so if you’re quick to anger, then you really need to think twice.

Darius Cozmic Collection comes in two flavours: ‘Arcade’ and ‘Console’. While Taito could have easily combined the two into a very robust, well-rounded package, the publisher decided to split the games into two distinct releases. Unless you want everything the series has to offer on the Switch right away, a good place to begin would be Darius Cozmic Collection Arcade, as it will give you the biggest bang for your buck. Assuming, of course, you don’t have a soft spot for the console ports.

In a nutshell, Darius and its follow-ups involve navigating your space vessel through a horizontally side-scrolling environment while staying alive long enough to deal some damage of your own. The fish-like enemies swarm you almost nonstop, to the point that it’s often more beneficial to dodge your adversaries and let them pass you by, as opposed to killing everything on the screen. You can certainly try to completely clear these stages, but the game will often laugh mockingly at your feeble attempts at domination. If you somehow manage to make it out alive, you’ll have the option of selecting which path you want to take, thus increasing the game’s replayability by a fair amount.

While Darius Cozmic Collection Arcade sports seven games to play, it’s worth noting that there’s really only four, as a few of the games have multiple versions. The first Darius, for instance, has three, each with different tweaks to the gameplay and difficulty. My advice: start with the first and work your way down the menu. This will give you a great idea of how the series has evolved over time, as well as an appreciation for how the developers gradually tweaked the difficulty to give players a fighting chance. If you feel the need to throw in the towel, skip over the first (and its different versions) and head for the sequel, which is more accessible and a lot more fun.

In terms of presentation, Darius Cozmic Collection Arcade doesn’t disappoint. In addition to an abundance of settings to control the difficulty (which will help you ease into the experience instead of crashing and burning moments after you begin) and overall presentation (such as adding those tasty CRT scanlines), Taito actually took the time to provide some important information about the titles you’ll play. For those of us who appreciate gaming history, it allows players to put the games into context, which could, in theory, help you appreciate these titles just a bit more.

Of course, Darius will probably only appeal to a very specific type of gamer. Fortunately, if you consider yourself among that group, then Darius Cozmic Collection Arcade will treat you very well. If you’re a newcomer to the side-scrolling space shmups and want to experience the best the genre has to offer, it’s very much worth the investment.

Darius Cozmic Collection Arcade gathers some very important side-scrolling shoot-em-up classics into one very attractive package. It’s not a definitive edition by any means, but it’s a fantastic release for fans of the franchise.