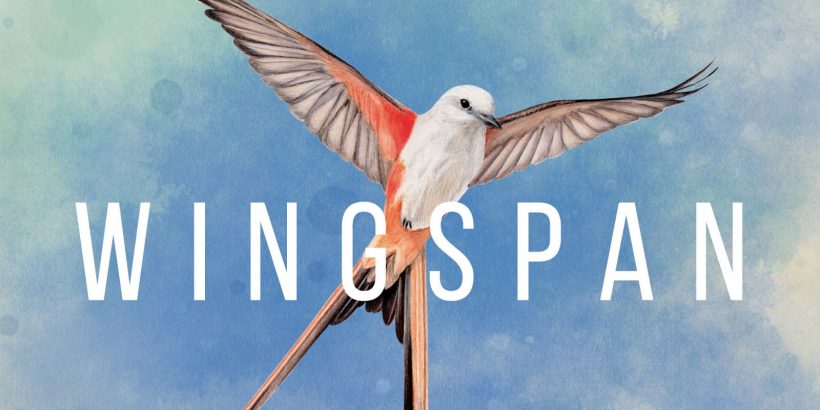 In a world of turmoil and strife, it’s hard to resist looking to the skies for inspiration, relaxation, and thoughtful meditation.

Based on the board game of the same name, Wingspan takes its bird theme and flies with it. There are so many variables and factors to take into account during play that beginners will be forgiven for thinking the game is much more complex than it really is. However, before we even get to that stage, a couple of elements will draw in all but the most reluctant of players.

There’s no escaping the fact that initial impressions are strong; very strong indeed. The graphics reproduce the original coloured pencil drawings magnificently, and the background illustrations and UI controls are rendered in the same beautiful style. Even the settings screen is one of the most attractive you’ll come across.

This port adds animations and sound effects on top, which contribute to a highly pleasing aesthetic. It does about as good a job as it possibly could to immerse the player in an avian environment set in the context of a board game. The final piece of this initial puzzle is the overwhelming amount of information on display, and it’s at this point that Wingspan is in danger of losing its welcoming veneer. Thankfully, it snatches victory from the jaws of defeat.

Wingspan’s tutorial is a delight. Comprehensive and captivating in its own right, I’m not exaggerating when I say my first run-through of the training game took an hour. Each step is meticulously explained by a virtual assistant, and for new players, this is an absolute necessity. Even after training, I only had a shaky grip of all the techniques involved during play, but this is one aspect in which a video game port can help to mitigate a tricky ruleset.

If you haven’t played an engine-building game before, it can be difficult to understand. Essentially, Wingspan has a lot of point-scoring elements, but the methods of calculating points, along with some of the mechanics involved in actually taking a turn, can vary during the course of a match. In fact, the player has some control over these changes, and this makes the game one of meticulous planning and evaluation.

For example, you begin by choosing from a selection of bird cards, food, and a special bonus card. You’ll ultimately be playing birds onto the virtual board, and scoring points depending upon their various attributes. A match is divided into four rounds, and each round has a special points bonus for certain accomplishments. Further bonuses can be based on a bird’s nest, their preferred food, and so on.

The game is played across three environments, each with its own set of actions: gathering food (required when playing birds), laying eggs (for points, and more…), and picking more birds from the deck. Birds can be played in any environment, provided you have the required eggs, which itself depends on how many birds have already been played.

Even the dice rolling element is a many-sided enigma. Food — just one of the game’s currencies — can be obtained by rolling five dice which award morsels including worms, fish, and grain. But the number of dice reduces as players claim the most valuable options, and they can be replenished when a single food choice is left. There’s considerable strategy in deciding which food to take and which to leave for other players. And that’s without getting into all the other external factors that can influence the dice, from birds’ bonuses to the slowly increasing number of dice you can claim, based on how many birds you’ve played in the relevant environment.

Written down, Wingspan might sound tedious and boring, so keep looking at those gorgeous birds and console yourself with the fact that this is a game which perhaps shouldn’t be taken too seriously. It’s best enjoyed with others, despite plenty of concessions for single players.

Unfortunately, Wingspan’s gameplay isn’t totally convincing. It seems to be perched on a very fine wire between excessively complex and too-random-to-be-rewarding. In addition, although it makes great use of the medium to create a different experience from the board game, there’s no getting away from a few shortcomings. A physical board game transplanted to the flat, sterility of a screen will always suffer to an extent. It begs to be more tactile.

It’s still a very enjoyable experience in its own right, though, and Wingspan on Switch fulfils a role both as a feeder into the board game, and as an enhancement of it, for existing owners. The only risk is that it might lose players as they progress from novice to expert.

So, overall, I’m not convinced that this is as rewarding an experience as playing the physical version. But the added sound and graphical effects, extensive tutorial, and range of playing styles make up for a lot. Wingspan on the Switch is a more accessible version of its board game equivalent, and although the gameplay may not be to everyone’s taste, it offers a compelling and nuanced strategy, with plenty of appeal to bird lovers.

Wingspan is a delightful introduction to American birdlife and complex card games. With beautiful illustrations and cerebral gameplay, it’s one to savour. Hardcore players may find the strategy lacking skill-wise, but this port is an excellent accompaniment to the board game.