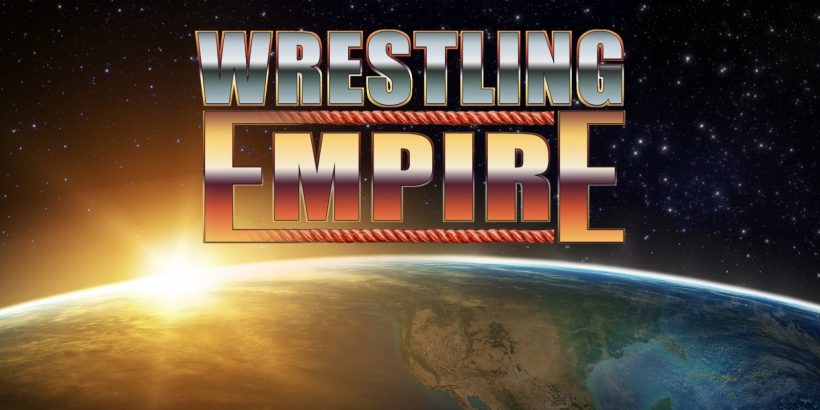 Nintendo has not had a good relationship with wrestling games for over a decade.

That’s a real shame, too – WWF No Mercy on N64 remains one of the most fondly-remembered wrestling games ever. The GameCube also got four decent WWE games (as well as weird monster truck game Crush Hour), but the offerings on the Wii were pretty soulless. That, in turn, led to a completely wrestling game-barren Wii U era which looked set to be over with the release of WWE 2K18 on Switch. Unfortunately, that turned out to be quite possibly the worst game ever released on any Nintendo system. WWE 2K Battlegrounds, released last year in the place of any main series game due to yet another critical panning, also turned out to be below par.

So, the time has naturally come to give something, or someone, else a go. The word ‘someone’ is particularly apt when it comes to Wrestling Empire, which was developed by one guy. That alone reeks of ambition and drive, but the final results and finished product are evidence that it isn’t a good thing.

I’ll start with the good first. Wrestling Empire tries to give you control over just about every aspect of being a wrestler that you could possibly imagine – from acting out your own entrance, to taking the pain to your opponent in a match, and from climbing a steel cage to launching dozens of other wrestlers over the top rope in a battle royal. This sure does sound good in premise, but things are limited to the point of feeling lame.

Making your way down the ramp, you can push the right stick in any direction to pick a taunt, or maybe even skip the ramp entirely and teeter along the barriers surrounding the ring. You can even choose to walk out with a prop – I elected to go with a TV camera – but for some inexplicable reason, some items (most obviously the TNT at the side of the ring, but other appliances too) can randomly explode. This made for quite the accidentally comical entrance as I reached to pick up my camera, only for it to suddenly self-destruct and launch my wrestler and his tag-team partner over the railings.

It’s that weird, glitch-like aspect which makes the entire wrestling experience of Wrestling Empire feel like a car crash. Even running the ropes is unpredictable – it’s not easy to simply head in the direction of the turnbuckles whilst holding the run button, which should be the most basic of tasks, and when you do manage to make it up there, chances are that your opponent will come over and kick you so hard that you’ll plunge to the outside, probably setting off a highly reactive chair explosion as you land.

Wrestling Empire harks back to No Mercy by way of its N64-style graphics, but they look horrendously rough in the modern age. There’s a reason 16-bit games are considerably more popular as a retro aesthetic than 64-bit graphics are, and this game proves that rule. Still, despite the blocky representation of characters, you can easily tell that some of the in-game wrestlers are inspired by real-life equivalents. There are no licences at play here, naturally, but any wrestling fan with a decent amount of tenure will be thinking, ‘hey, isn’t that Brock Lesnar?’ at times. Bret Hart and Scott Steiner impressions are also amongst the examples I picked out.

The game’s career mode is its highlight. Starting off as a rookie wrestler trying to gain notoriety, you need to put on performances which will attract the attention of the big leagues. Referees can restart matches if you win in an unapproved way – leathering an opponent outside the ring until you eventually scrape a win by count-out was a regular occurrence for me – but it’s the moments in-between matches that provide the immersion. You can sit down at the table to discuss contracts with other promotions (something FIFA thought beyond the capabilities of the Switch, funnily enough), you can be approached by other wrestlers with an offer to become your manager, and you can even be offered steroids to get you ahead of the game. I think it’s safe to assume that will never be a feature of a WWE game.

As impressive and imaginative as Wrestling Empire is outside of the ring, the meat and potatoes of any wrestling game are in what goes on inside of one. For that part, this is a bit of a mess. You’re best-served punching and kicking your way to victory, as that’s how you take down an opponent’s health bar fastest, and far more quickly than by using the considerably more difficult-to-pull-off grapple moves. Enemies can be bludgeoned with a steel chair for five straight minutes and then reverse one of your moves in a split second, or you could spend a while trying to get up yourself only to seemingly trip over thin air and be back to square one flat on your belly again.

Overall, the general consensus is that wrestling is all about putting on spectacular matches these days, but the limited movesets and awkward controls make this a near-impossibility in Wrestling Empire. Unfortunately, every match feels like a train wreck.

Wrestling Empire offers the career mode most wrestling fans are hoping for from a WWE game, but the standard of action inside the ring lets it down. Not quite ‘so bad it’s good’, the wrestling action is just frustrating to play.