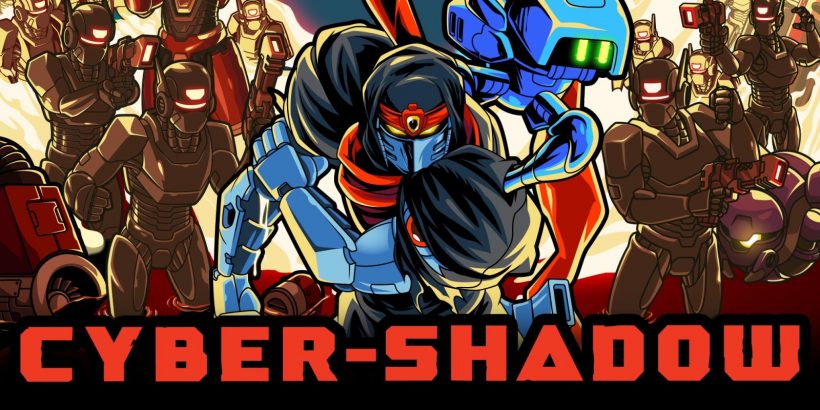 Woosah! Woooosah! Whilst playing Cyber Shadow late one night, I had an epiphany. I realised Cyber Shadow is an enigma. Yacht Club Games sent it here to test me. But guess what? It ain’t gonna break me, Switch Players. No. Woosaaaah!

If the Bad Boys 2 reference above was lost on you, I’ll lay it out for you now. Cyber Shadow is one of the most difficult games I’ve ever played, and it’s equally as difficult to definitively review. From loving to loathing and back to loving again, Cyber Shadow and I shared a love-hate relationship from the get-go. When I was loving it, I absolutely adored it. When we hit a rough patch, well, let’s just say that a few choice words were shared. When all was said and done? Cyber Shadow became one of those games I will always look back fondly on.

Rooted firmly in a throwback 8-bit era, Cyber Shadow is a Ninja Gaiden-esque side-scrolling action-platformer developed by Mechanical Head Studios. With a development team comprising of one developer, a composer and a producer, it’s an incredible showcase of talent. Their influences are clear as day, with Ninja Gaiden taking front and centre, and a likeness to Castlevania and Mega Man too. Developer, Aarne Hunziker, has been known to reference Mario and Contra too, and there’s no doubt that these gaming experiences have shaped the product on offer here.

Players take on the role of Shadow, a ninja who is on a mission to rescue his clan from machinery that has plagued the land. It’s all very predictable and does little to reinvent the storytelling wheel. What it does do is share these story beats through cinematic cutscenes, sparking life into tired tropes and through dialogue shared between Shadow and the NPCs he encounters. In the plot department, there is little to write home about. However, almost every other aspect of Cyber Shadow makes it a game that many will remember as the year goes on.

For starters, the level design is the perfect complement to the platforming action and ensures that Cyber Shadow remains funky and fresh from start to finish. Character movement is poised and precise, the levels both intricate and well-thought-out. And the enemy design? Marvellous. There’s something special about synergy between the three key elements, and combined they make for a level of craftsmanship that some development houses take years to perfect.

The same can be said for the boss battles. Wow. They highlight just how impactful a good boss fight can be, but only when the mechanics aren’t cumbersome or the patterns too predictable. Every boss encounter was unique, providing the chance to go toe-to-toe with a set of fantastically well-presented characters. Some required a level of tactical flair that took ages to master, and others reiterated the need for patience. For the rest, they were a reminder that there’s such a term as a ‘soulslike’ difficulty…

It’s at the word ‘soulslike’ that Cyber Shadow becomes difficult to review. The game is, in parts, phenomenally hard. Recommending a game without the forewarning that it will push your skills, and your patience, to their limits, would be unfair. Some players enjoy games for a laidback, relaxing experience. If you are one of these, then Cyber Shadow is not for you. Equally, if you like a moderate challenge with the occasional difficulty spike, then I would carefully consider this purchase too.

In staying true to its core principles of the 90s 8-bit era, Cyber Shadow has alienated itself from the mainstream in favour of a niche group of gamers. There’s nothing wrong with this, but it limits the uptake and makes it much less accessible. What’s also limited by design is the control scheme which is an area that it would have been great to see enter the modern day. Actions are mapped to a very small subset of the available buttons on the Switch controller, and it leaves some of the power-ups and special moves fiddly to execute.

There’s a number of unused buttons in Cyber Shadow that could well have created a much more fluid gameplay experience for the player. The aforementioned power-ups and special moves are interwoven into the narrative, introduced at just the right time to evolve the gameplay mechanics expertly. With that being said, there’s a lack of intuitiveness to their use which is at odds with everything else in the game.

What isn’t at odds with everything else in the game is the soundtrack, and it is very much a case of saving the best of the game until last. Composer, Enrique Martin, and Producer, Jake Kaufman, have conjured up something spectacular with the musical accompaniments to this game and the sound design compels you to keep playing just as much as the core gameplay loop does. It’s needed, especially with some of the checkpoints being that little bit further ahead than one would like for a game of this difficulty. If nothing else, go ahead and listen to the soundtrack – hopefully it compels you to give this equally beautiful game a go too. It may be hard, but it’s harder to ignore.

Cyber Shadow is a devilishly difficult action platformer that stays perhaps a little too true to its 8-bit inspirations. It’s excellent, in almost every way, but it’s as challenging as they come and that won’t be for everyone.