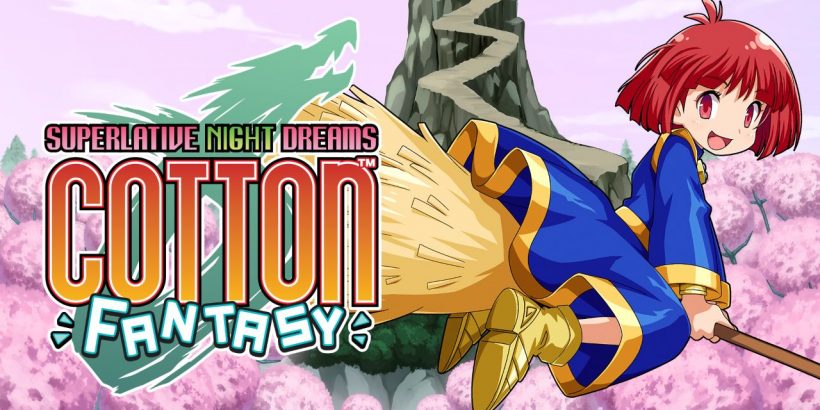 Sometimes, a game is so far removed from what you’d usually play that it makes an impact just by sheer virtue of it being so different. Of course, the nature of that impact can vary wildly in quality; even if something makes an impact on you it doesn’t necessarily mean it’s for the right reasons. Unfortunately, Cotton Fantasy was exactly that for me.

The latest entry in a series I was surprised to learn has been running since 1991, Cotton Fantasy sees you take on the role of Nata de Cotton, a powerful witch tasked with uncovering the secret behind the sudden disappearance of all Fairyland’s Willows (a kind of sweet) in exchange for her own lifetime supply. Employing shoot ’em up action alongside a cutesy façade, Cotton Fantasy has all the potential to be a unique entry in a tried and tested genre, yet unfortunately falls short.

One of the most interesting things about the otherwise nonsensical story is that, in this potentially apocalyptic scenario, Cotton simply doesn’t care. Her main focus is recovering the Willows in an effort to quell her insatiable appetite. It’s quite refreshing really to experience a character unconcerned with anything but their own needs. Often in a story like this, the put-upon hero carries the fate of the world on their shoulders, but Cotton simply wants some sweets. It’s fitting for such a snarky character, and her unorthodox traits do a lot of heavy lifting to keep you interested in the game’s short story mode. Shoot ’em ups aren’t the kind of games you expect to have a deep story and intricate character work, so effort put into these areas is appreciated. The colourful cast of characters is something of a saving grace for this game, yet even they can only carry it so far.

The problem with Cotton Fantasy is that there’s no agency to anything you’re doing. You can blast through the story mode in about an hour, yet once this has been completed there’s nothing more to aim for other than high scores. There are a variety of characters to play as, each boasting unique gameplay mechanics, but that uniqueness doesn’t really carry through. The basic gameplay remains the same, holding down a button to shoot through hordes of enemies with the odd special attack thrown in, and I never felt the specific character traits evolved the gameplay in any meaningful way.

Cotton Fantasy feels like it could have been so much more. If you’re a fan of chasing high scores then there might be some enjoyment to be found here, but the game often presents moments that seem impossible to get through without accruing damage, which is key to maintaining your score. It boasts an exhilarating soundtrack, but it’s overshadowed by myriad annoying sound effects. If you thought Navi was bad in Ocarina of Time, then let me introduce you to gaming’s latest annoying fairy: Silk. Whenever you fire, she’s right there with a grating screech that persists through every level.

Cotton Fantasy achieves its goal of being a playable shoot ’em up game, just don’t expect much more beyond that.

Cotton Fantasy has all the makings of a great title. However, the execution of its mechanics does little to set it apart from better games of its kind.