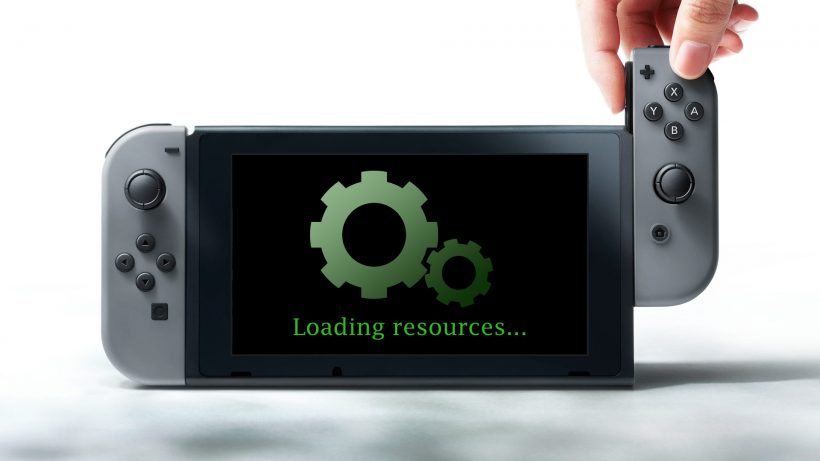 We take a look at who’s spoken up about their involvement with the Nintendo Switch, from the October 20th official reveal right up ’til now.

On October 20th, 2016 the Nintendo product known as “NX” was officially revealed as the Nintendo Switch, and in the wake of that we learned a little bit about who would be supporting it – though we already knew one key entity; Nintendo. That day however, we also learned of the other forty-eight partners which were officially signed on to support the console. 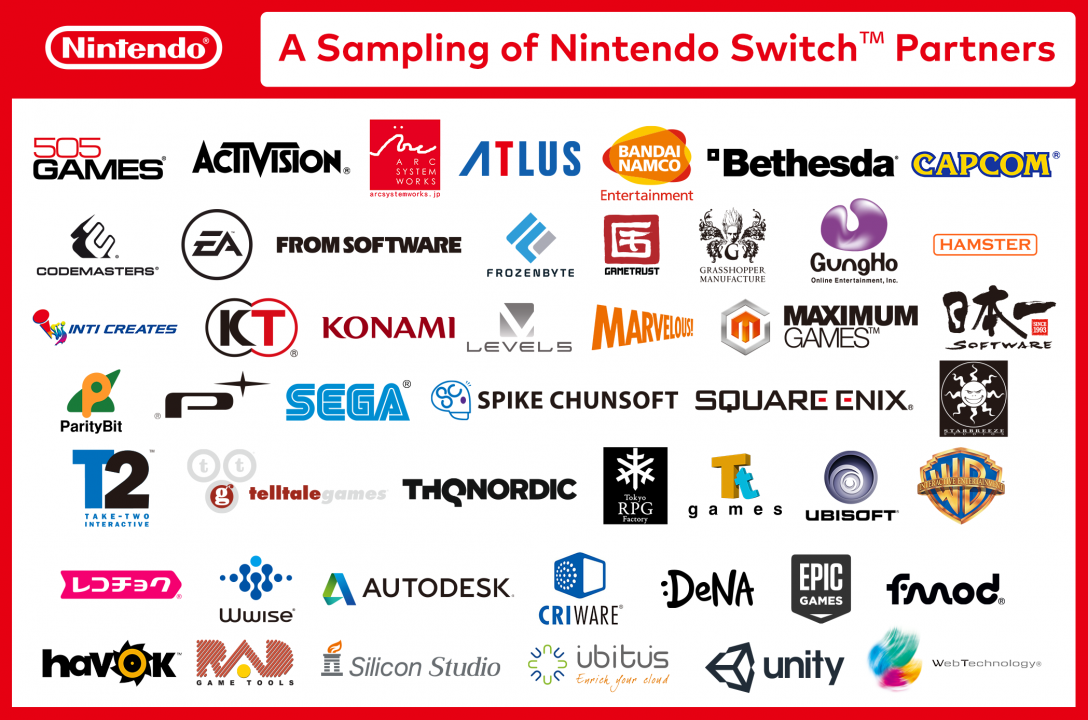 While support is by no means a guarantee of anything really, it’s reassuring to have all these names on board – and some of them have even mentioned that they’re actually working on projects. Let’s run down the updates we’ve gotten since that initial reveal.

The day of the Switch reveal was a doozy, with at least five industry icons confirming support.

None of those were soft confirmations, with all five entities confirming that they’ve got their hand in the cookie jar right from the start. They were no longer just a symbol on a page, and all of them reaffirmed their legit support… but that was just the initial announcement day – or day zero if you will.

As we rolled into the first day of life after the announcement of the Switch, it was Shin’en Multimedia that first chimed in – noting that they are already Switch developers. They didn’t go into any more detail that that, but we’re glad to have them on board anyways. The more the merrier!

Then there’s Zoink Games, who didn’t confirm they had any games actually in the development stage, but stated that the “dev kit is in our hands and the ideas in our heads.” They also promised to work hard to deliver a high-quality title, so it looks like they’re pretty committed!

Those two added to the pile on day one post-Switch announcement, but from there things got a little choppy.

A few days after the reveal we got word from FDG Entertainment that they’re working on two Switch games due out in the first half of 2017. We learned soon after that one of them is Monster Boy, but seeing as how Oceanhorn has been confirmed for a Nintendo platform we’re fairly certain that’s the other. Time will tell, but it sounds like a good bet to me and many I’ve talked to about it.

On October 27th however, Kou Shibusawa from Koei Tecmo announced during a live-stream that Nobunaga’s Ambition would be coming to the Switch. He didn’t go into further detail than that, but he did note that now it was said it couldn’t be taken back. Interesting!

The first week of post Switch-announcement affirmations were almost as promising as day zero, but the buck didn’t stop there – or even slow down any… yet.

Level 5 chimed in again on the 30th, starting week two on the note that while they plan on making games they first want to “find out the best way to get the most out of the console.” As such, they affirmed that they won’t have anything for launch. Then, to round out October the turn-based strategic RPG Dungeon of Zaar was funded on Kickstarter and made a lock for the Switch in the same breath. Another confirmed title!

On November 2nd, Nintendo Life posted an article talking to the top “Nindies” about the Nintendo Switch. Various questions were asked, but when prompted whether they would like to support the system they all replied a variation of “yes.” It was then we got word that Atooi, Choice Provisions, Drinkbox Studios, and Yacht Club Games would love to support the system… though they didn’t confirm any specifics. Shin’en Multimedia reaffirmed that they are working on “games” for the Nintendo Switch and had been for some time, and Engine Software confirmed they are already working on the platform.

Ubisoft spoke up again around this time, with Yves Guillemont – Chairman and CEO of the company – noting that he’s “really happy that we’re able to continue doing great things with Nintendo. In addition to Just Dance 2017, I think there’s at least one game that will definitely surprise you.” That sounds like at least three confirmed in-development titles, with one confirmed to be surprising in some way. We like surprises!

On November 4th, Cube Life: Island Survival HD was confirmed as heading to the Switch by Cypronia PR and Nintendo Everything. It wasn’t stated how far along it was, or if development has even started on the Switch version, but a few screenshots of the HD upgrade were shown (so they’ve made some progress in one way or another).

Week two post-Switch announcement was very much like week one; lots of affirmations of support, some more titles confirmed for the system, and a lot of people admitting that they’re trying to figure out the best way to work with it. From there however, things start to slow down – at least in terms of frequency.

Half a week after the Cube Life reveal, the next mention of Switch development comes from Tantalus Media – the developer of Twilight Princess HD. They confirmed on the 7th that they’d already been working with the Switch, and their “titles” (plural!) haven’t been announced yet. Then, Finger Gun Games announced a few days later (on the 10th) that they had plans to bring Ohayou! Beginner’s Japanese to the Switch. At least three more titles set their eyes on the system in week three!

Week four, five and six saw announcements on Tuesdays for whatever reason – the first of these taking place on November 15th. On that day, EA announced that while they’d already been confirmed to be supporting the platform with at least “a game or two,” one of those being one of the bigger titles they’ve been involved with.

On that same day, QubicGames let loose that they intend to bring 2 Fast 4 Gnomz and Audio Hero to the platform – the two titles listed in their financial report. It’s not clear if they made any moves to that end, but financial plans are nothing to scoff at with regards to legitimacy.

The next Tuesday announcement was a rather big one, as a week after EA and Qubic anted up (on the 22nd)  we got word of a remaster of LEGO City Undercover. Warner Bros. Games confirmed it for a Spring 2017 release on Switch.

Another week slipped by, and on the 29th Stardew Valley developer ConcernedApe spoke up – noting that he’d moved from Wii U to Switch with regards to a Nintendo platform release for the game. Yet another title was added to our list, rounding out six weeks since day zero; the Switch reveal.

…but that’s not where this ends, as we’re not quite caught up yet!

Just this weekend, THQ Nordic confirmed via their Business & Product Development Director that they have two projects in development on the Switch. SnowCastle Games also chimed in, noting that they’d like to bring Earthlock: Festival of Magic to the Switch at launch (if Nintendo will let them).

That brings us right up to now, and since the reveal just over six weeks ago it seems we’ve confirmed or re-affirmed twenty-three (23!) console supporters – with a few games getting the nod already, some of which were even named and/or windowed for release. It’s definitely early, and I’m sure we’ll be hearing about more supporters throughout the coming months, but this seems like a hell of a good start.

One thought on “The Nintendo Switch; A Look at the Current State of Support”