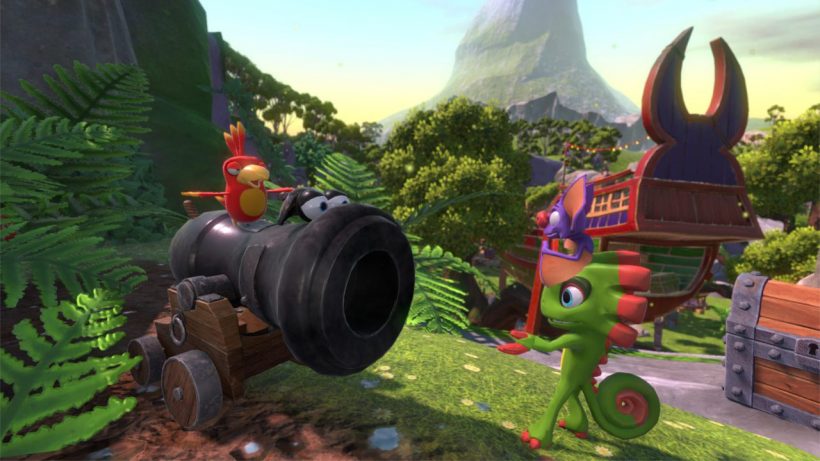 Whilst cancelling the Wii U version, Playtonic Games advise that more news on a Switch version will follow soon.

As a Vita owner, I know only too well how it feels when a developer pulls support for a game you’ve set your heart on – especially if said game was Kickstarted like Yooka-Laylee was.

In a post on their website, Playtonic Games explain that the spiritual sequel to Banjo-Kazooie will no longer be appearing on the Wii U due to “unforeseen technical issues.” It’s certainly a blow for Wii U owners, but there is a silver lining – Playtonic said that they are “working closely” with Nintendo and are exploring the possibility of releasing the game on the Nintendo Switch.

Not sure what Yooka-Laylee is? As one of the most well-funded UK crowd-funded projects ever, the game is an open-world platformer from the creative minds behind Banjo-Kazooie. Under the guise of Playtonic Games, the team see this is a spiritual successor to their work from the past.

Across more than five new worlds, Yooka – a chameleon – and Laylee – a wise-cracking bat – need to use all of their skills and moves to solve puzzles and challenges whilst looking for paiges, the “golden bounty” used to expand new playgrounds which are filled with strange characters and mean bosses. The overall aim is to best the evil Capital B and thwart his plans to absorb the world’s books for profit…

What do you make of the news? Have you been following Yooka-Laylee’s development? Will you be switching your pledge to get a Switch version? Whatever your thoughts, let us know in the comments and we will bring you more news as we have it!

One thought on “Yooka-Laylee could be headed to the Switch”