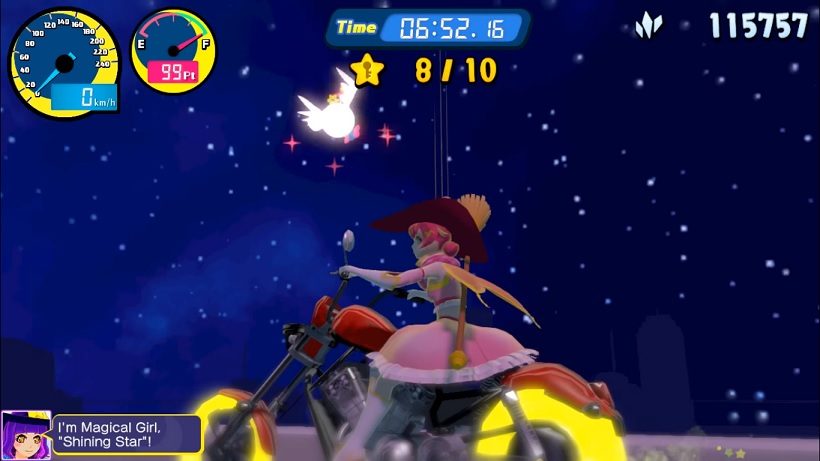 Poisoft has announced that they’re bringing Vroom in the Night Sky to the Nintendo Switch day one.

A magical girl racing on a flying motorcycle game (yes – really), Vroom in the Night Sky – aka Soratobu Bunbun Baan in Japan – is built around gathering stardust. I’m not sure what any of those things have to do with one another, but hey; that’s video games for you!

Get a look at this crazy concept below via a debut trailer and some screens;

Vroom in the Night Sky launches March 3rd worldwide, and will be available digitally via the eShop.