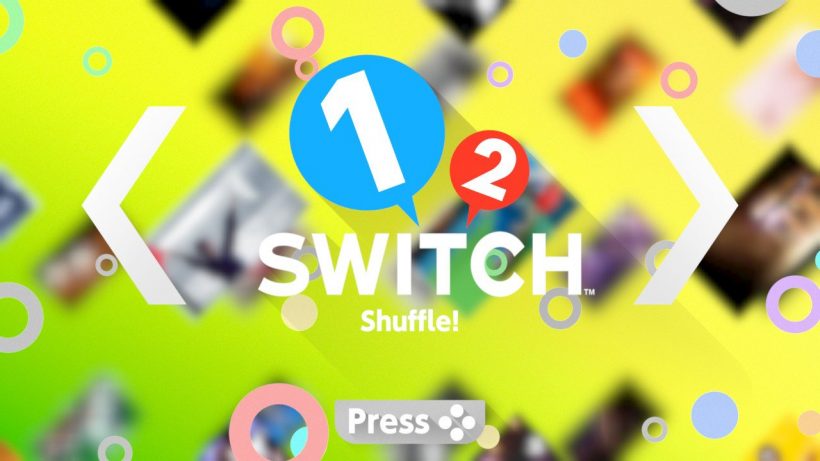 Plenty of multiplayer fun packed in. But should it have been packed in?

There was a brief moment during Nintendo’s January Switch presentation where, in my sleep deprived stupor, I thought that the Western styled video that was playing in front of me was actually Red Dead Redemption 2. As I exclaimed my surprise to Kyle, any excitement was quickly quelled when not only was it revealed to NOT be Red Dead Redemption 2 (of course it wasn’t), but it was instead confirmation of what we had all suspected all along; here was the gimmicky stuff that the Switch had, in the form of 1-2-Switch.

1-2-Switch is a series of 28 different mini-games all themed around showing you just how awesome these expensive little controllers are. The game mistaken for a cheesy Red Dead teaser was actually the mini-game Quick Draw, which sees two competitors in a standoff – waiting for the command to shoot with a single Joy-Con as your “pistol.” It’s essentially a tech demo, albeit one that Nintendo actually want you to pay more than £35 for here. 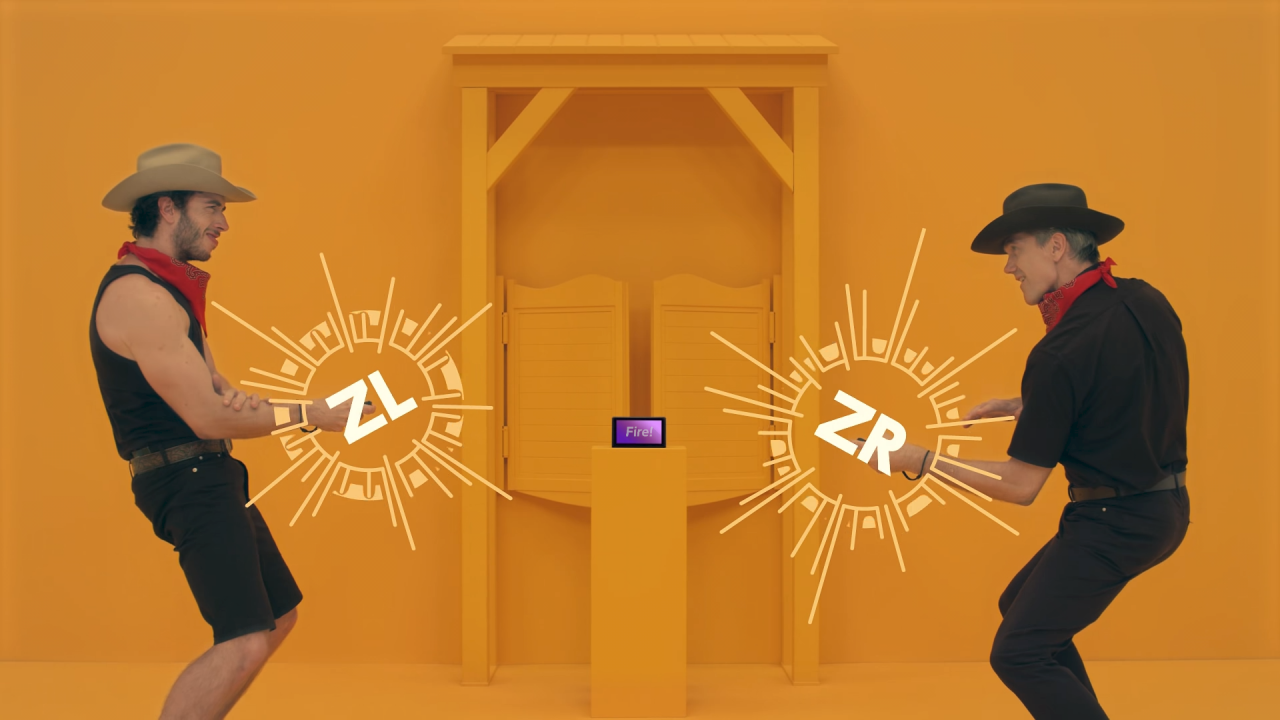 That said, I’d like to get the elephant in the room out of the way; I’ve actually had a lot of fun with 1-2-Switch over the last few days. Between myself, my better half, and my children, I can tell you that we had a great blast with copious amounts of giggling and laughter thrown in for good measure. My first thought as we got into it was about how this game truly demonstrates how excellent (and accurate) the Joy-Con controllers are… but let’s back up a bit.

1-2-Switch is a party game where two players to face off against each other, and it includes quite a wide range of different mini-games to choose from. Some are interesting and very good, like Ball Counting – where you need to work out how many “balls” are in a box. Others, like the very amusing Gorilla, require you to actually beat your chest like an over-sized great ape. Then there’s the downright ridiculous, like Milk. All of them play in a similar manner, with the Joy-Con removed and in your hands, generally with one each for you and another player.

Following the on screen prompts, you’ll need to use the features within the little controllers in a very specific way; whether it’s drawing a revolver, rotating a safe combination, slicing with a samurai sword (or clasping said sword), answering a telephone, or even milking a cow’s udders. There are plenty of options here to get you and a friend competing.

As for how to play together, there are a few basic modes to play the games in. There’s the ability to pick games as you choose, play games randomly via shuffle, or participate in a Team Battle. Team Battle allows for up to 20 players to get involved, but you are still limited to only two at a time as you progress through a game board or randomly assigned games. Spinning a dial will determine not only the game you’ll play, but also move towards the goal – and it’s certainly a fun way for larger groups to play together. The games will all track your fastest times, but unfortunately it seems that they don’t keep a running tally of battles. 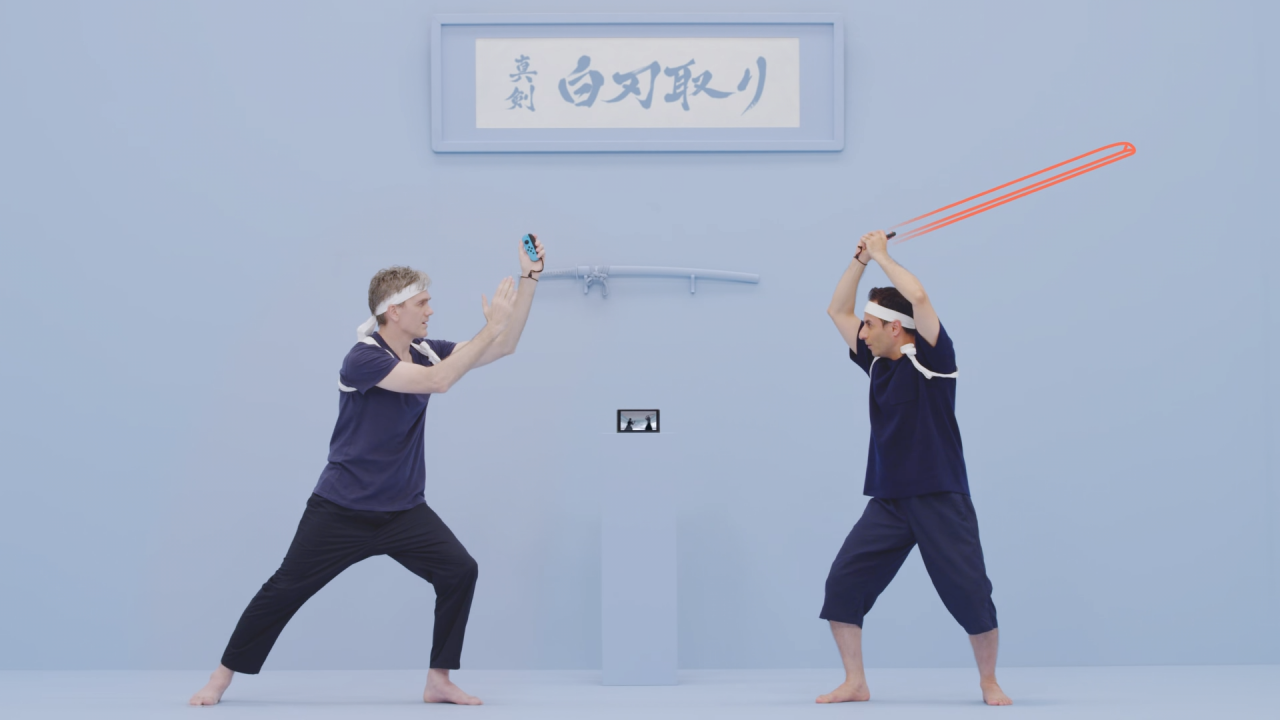 Initially, there are only a few games available; the game slowly easing you into the mechanics of it all. Before long however, all 28 will be unlocked for you to get stuck into. There’s a lot of variety in the games, with simulating a telephone ringing, baseball, dancing, sword-fighting, air guitar, and even cradling a baby to choose from – the latter being the only title that utilizes handheld mode at all. The vast majority will require you to play with an opponent in tabletop or docked mode, with each of you taking a single Joy-Con and following the on-screen prompts to repeat the required actions. It’s all very accessible and easy to follow, with my children (aged 7-12) and my non-gaming wife able to pick them up with ease.

After spending most of the last week with the game, it’s clear that people are gravitating towards different games. My favourites were either Quick Draw, or Fake Draw which plays the same but with other words being used instead of “Fire!” to catch you out. My son enjoyed Wizard the most, which seems more than a little inspired by a certain boy-wizard series, and has two foes facing each other in a wizarding duel. My youngest daughter loved Milk, a curious simulation where you use the SR and LR buttons on the Joy-Con to replicate squeezing a cow’s udder – allowing the milk to flow out in a competition to see who can collect the most. 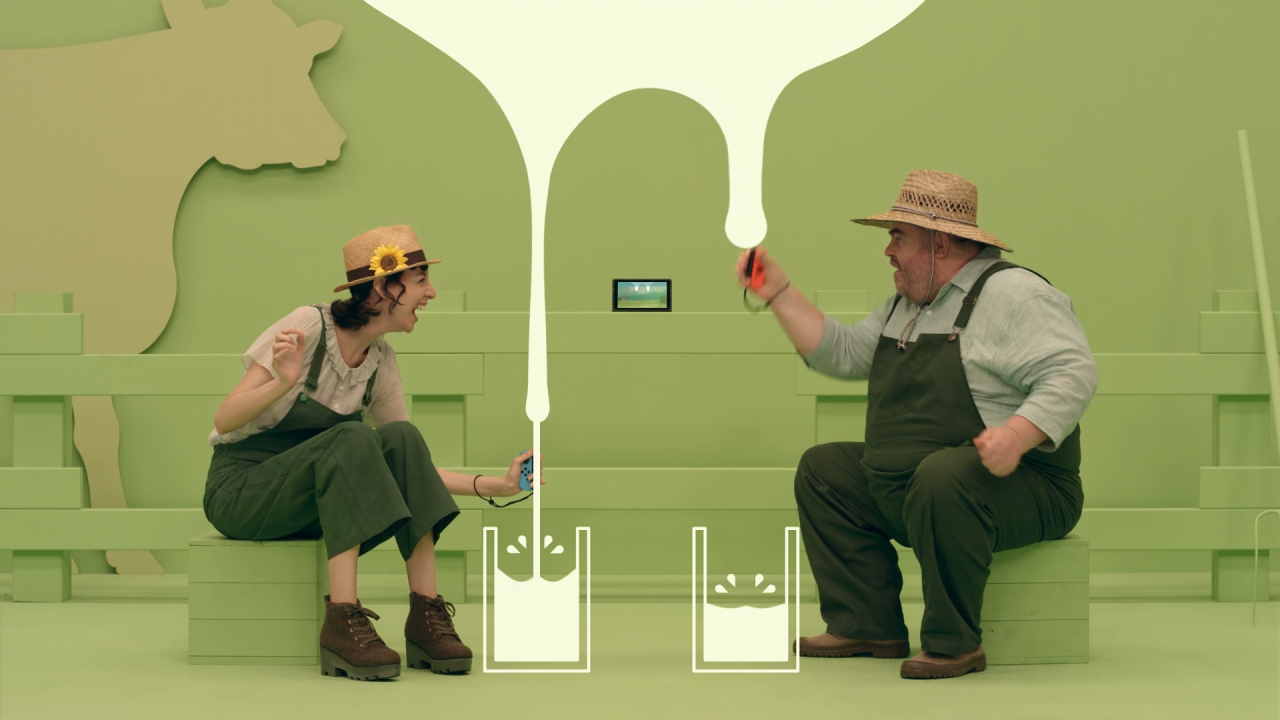 All of the games beautifully show off the wide-ranging abilities within the Joy-Con. Whether it is motion controls associated with the Wii, the fabulous HD Rumble – which is sensitive enough to simulate objects within the controller or sense subtle vibrations when needed, or even using the infrared camera to detect your mouth moving in the bizarre Eating Contest. Nintendo boasted in January that these controllers are sensitive enough to relay the number of ice cubes simulated inside if shaken, and it was no exaggeration.

After playing all the games in turn, I got to thinking about how I could actually convey the madness unfolding around me into words. Normally I’d assess everything that’s happening around me, but this is more of a series of experiences than actually a “game” as such. Visually, 1-2-Switch isn’t much to shout home about because the presentation is more functional than anything else, and everything is geared towards the actual activity more than any audio or visual aesthetics. In fact, most of the time you are actually encouraged to forego looking at the screen; instead facing off against your competitor. It works, but when doing something like milking a virtual cow it also makes for some very awkward and uncomfortable eye contact! 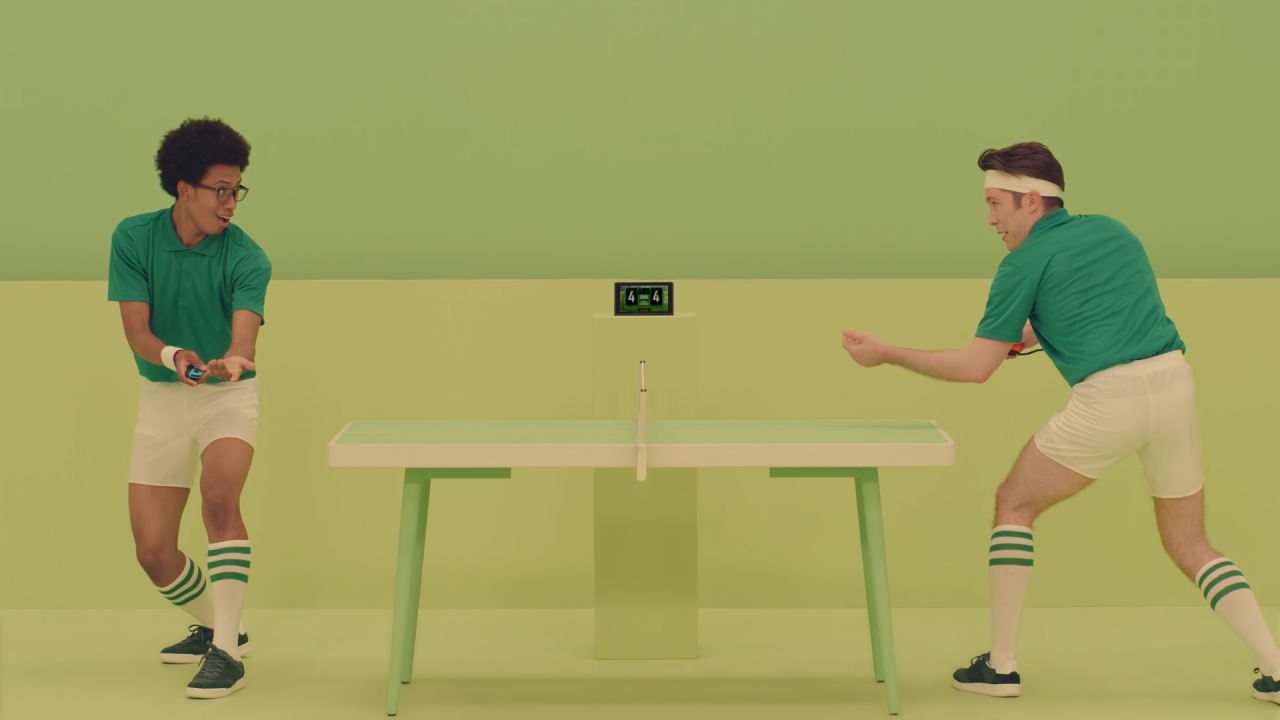 Looking back, 1-2-Switch is rather addictive and is probably best described as a cross between Wii Sports and a real life incarnation of Wario Ware or Mario Party (if you can imagine such a thing). The biggest issues that the game has include the lack of any real long-term playability, the fact that some of the games are pretty similar (or downright boring), and – more importantly perhaps – the fact that you had to pay for it.

Also, if any game screams out “tech demo” and “should have been a pack-in” it’s this. Sure, you’ll impress your friends somewhat, and that intrigue might translate into another Switch sale… but then it’s effectively just a marketing ploy that you paid for.

The bottom line; if you buy 1-2-Switch you’ll definitely have a laugh with your friends and family, but once the novelty wears off it doesn’t have much else to offer.

Reviewed using a copy of 1-2-Switch provided by Nintendo.

1-2-Switch is guaranteed to generate more than a few laughs in social situations, even if some of the games will only be played once or twice. It’s definitely THE title to show off the Switch’s features, if you wanted to show them off. It lacks any real long term sustenance, though, and definitely should have been a pack in.