The Switch launch is blowing up!

The Bomberman series has been around almost as long as I’ve been alive; and as my kids often like to remind me, that’s a long time. Back in the day I knew it as “Dynablaster,” and had any great experiences with my friends playing this party title – where you set down bombs around a maze-styled arena attempting to explosively eradicate your foes. My Bomberman adventure began initially on the Commodore Amiga, before having more fun later on the Super Nintendo – where I considered Super Bomberman 3 to be the finest in the series. Despite the fun I’ve had with Super Bomberman R, it still is. That’s not to say this one isn’t worth a look, though. Far from it.

Super Bomberman R, like most of the core Bomberman titles, is very much a game of two halves. The first half is a story mode, which is set across five planets and a total of 40-odd levels. Its campaign sees you aiming to defeat the five dastardly bombers, followed by a double-header with our devious enemy, and then returning peace to the galaxy. 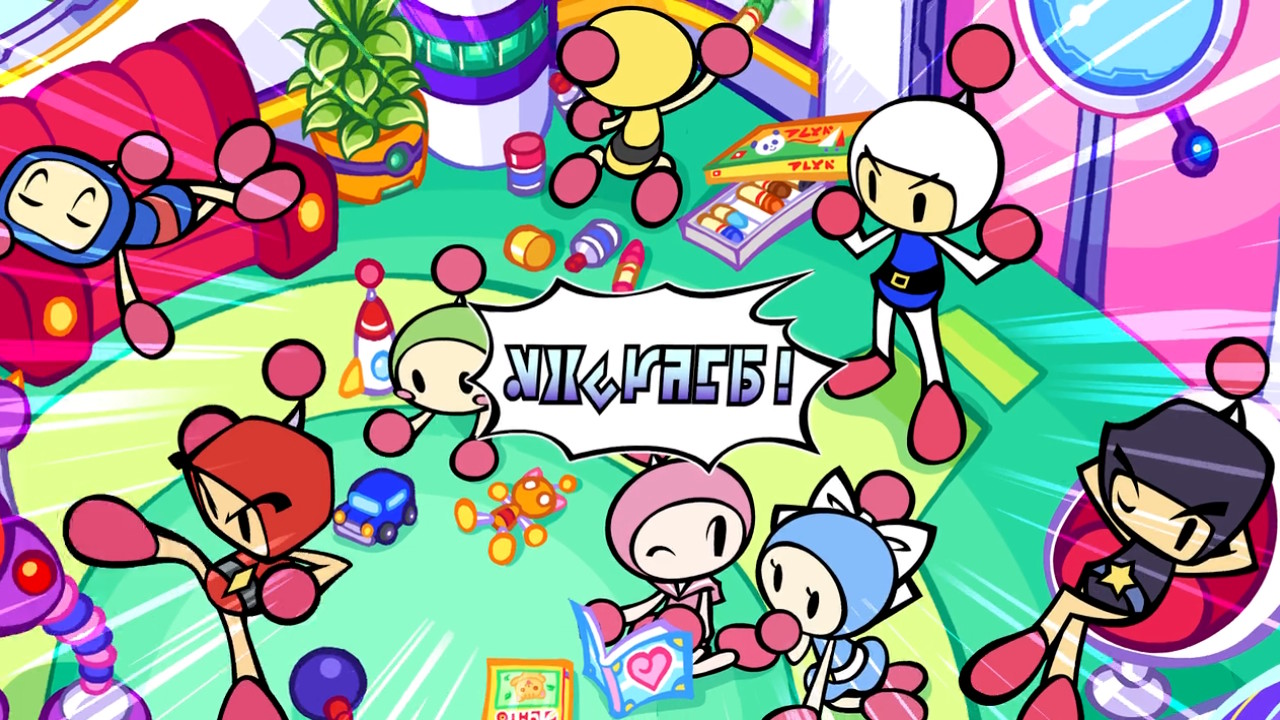 In the story mode you’ll learn the basics of Bomberman, which are essentially move around the grid, plant a bomb, and safely avoid the blast radius as you attempt to destroy enemies. Initially limited to a single bomb and explosions two blocks wide (and high), removing the blocks in the arena will often yield power-ups to enhance your abilities. Bombs and flames will increase your explosive capacity and range, while kick and glove icons allow you to move any charges away from you (or tactically place them in the way of an enemy).

Your progress across the worlds will see different challenges come into play, with the levels featuring different requirements to pass. These vary from simply defeating enemies and collecting keys – to activating switches, or escorting other Bomberpersons to the exit. With each world comes different mechanics too. Switches, platforms, springs, and ice come into play here; making your progression through each world that much more difficult. 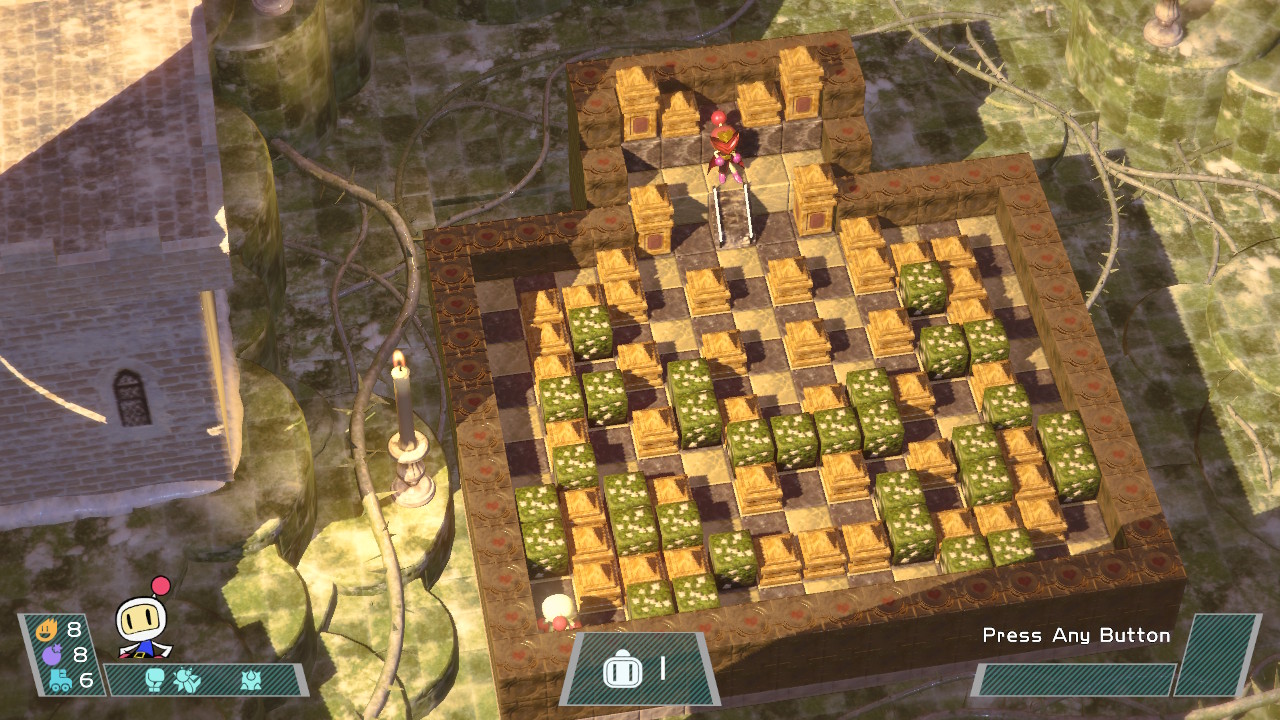 Successfully completing the main levels on a planet rewards you with a two stage boss fight with a Bomber-nemesis – your foe initially using their special bombs against you, before then piloting a machine to take you on. Successfully besting them sends you on to the next world, so you’ll have to get serious if you want to continue on.

The levels are presented in 3D, whilst still possessing that top-down charm the series has always been known for. This doesn’t always work in its favour, as at times it can be difficult to see where you are, where you need to go, or even where your explosions may go – something which can be quite frustrating, and lead to at least a few deaths. The campaign can also be played in co-op, which can greatly enhance the amount of fun you have and reduce the time needed to compete the game.

The second half of the game is the infamous “Battle Mode.” Playing with others is what Bomberman has always been about, and the real explosive gameplay is contained within this iteration of the classic mode. Here, up to eight players can face off in the quest to be the best; putting all of the skills learned in the campaign to good use across a variety of mazes, each with different gimmicks and tricks. It’s probably where you’ll spend the most of your time should you play yourself, and is where the game truly shines. This is a game perfectly suited to the Switch in many regards, at least in local multiplayer, and along with Fast RMX it’s one of the first titles to take the Switch online. I can’t say it’s been particularly effective – the game has some terrible input lag online (far worse than the offline play) and finding a full match has proved difficult at times, but I’m sure that it’ll get better as the number of players grow. 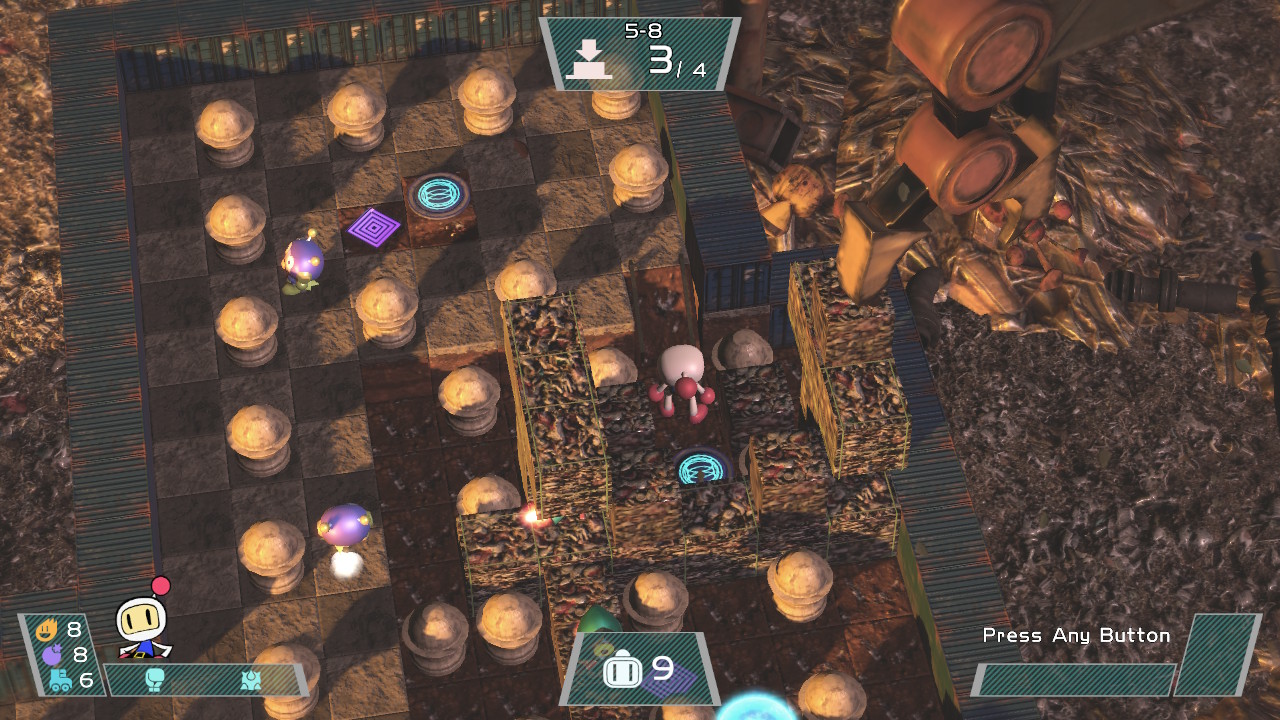 Super Bomberman R is playable across all three forms of play on the Nintendo Switch, but it’s definitely more suited to TV or handheld play. In tabletop mode the worlds are a little too small to see effectively and it can get a bit cramped with multiple people around the Switch.

Every mode you play will earn you credits which can be spent in the shop, allowing for your characters to be customised in a variety of ways. This can certainly be fun, but it doesn’t really add to the game – and as someone that played a version with a higher degree of customisation, I was a little disappointed. Something else that disappointed me was the control scheme; Bomberman has always been incredibly fluid and responsive but something feels off here. It’s not easy to play accurately using the analog stick, and the lack of a traditional D-Pad on the Joy-Con (which to be fair isn’t Konami’s fault) means I was relegated using the awkward directional face buttons to move around instead. There is also a momentary delay when moving your character, which takes some getting used to. 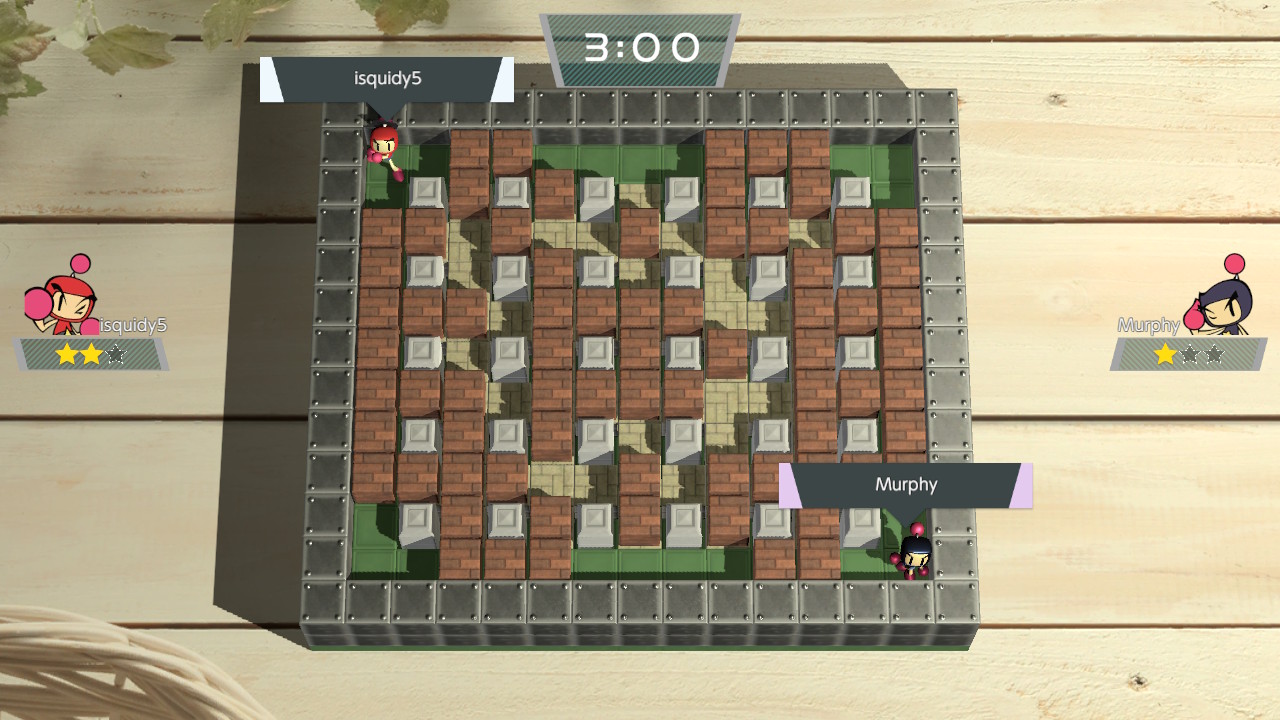 A lot has been made of the fact that this is the first new console Bomberman game in the best part of a decade, and while it’s a welcome return for the series what isn’t as welcome is the price. With a RRP of £49.99 (although it can be found cheaper online) it’s one of the worst examples of “new console tax” I’ve seen. Despite the fun that’s on offer difficult to swallow; especially when other versions of the game are available at a much more friendly price point.

If you find yourself in desperate need of an alternative game to play on your Switch or fancy a party game, then Super Bomberman R could just be for you. It’s just a shame that it doesn’t really hold a candle to previous iterations.

It’s a welcome return for Bomberman with an unwelcome price, but you will have a lot of fun with the game – especially with others. For me it isn’t the best game in the series, but if you’ve never played it before that won’t matter. If you are looking for a party style game or just something different, then Super Bomberman R is worth a look.