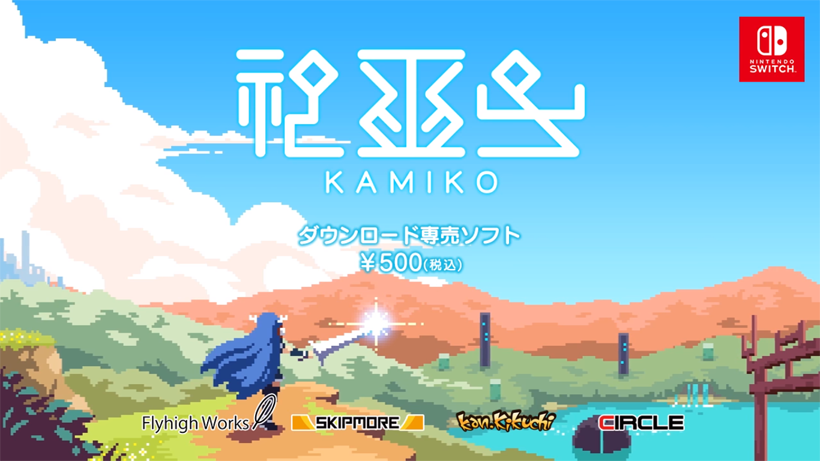 Flyhigh Works and Skipmore have brought Kamiko to the eShop in Japan, offering a pixel-art action RPG to the Japanese masses for cheap.

An arcade style action RPG where you’re able to pick from three Divine Maiden (Kamiko) characters, this game tasks you with taking out enemies and clearing puzzles across a wealth of stages. Character choice will not only denote look, but also play style; the sword-bearer Yamato of the water maidens playing differently than the long-ranged archer Uzume from the earth maidens, or even the boomerang-wielding Hinome of the fire maidens.

Interested in finding out which of these maidens you want to take for a test run, or at the very least figuring out what this game has to offer in action? Get a look at an introductory trailer and some gameplay footage from Kamiko below.

2 thoughts on “Kamiko Pixelates the Nintendo Switch Today in Japan”