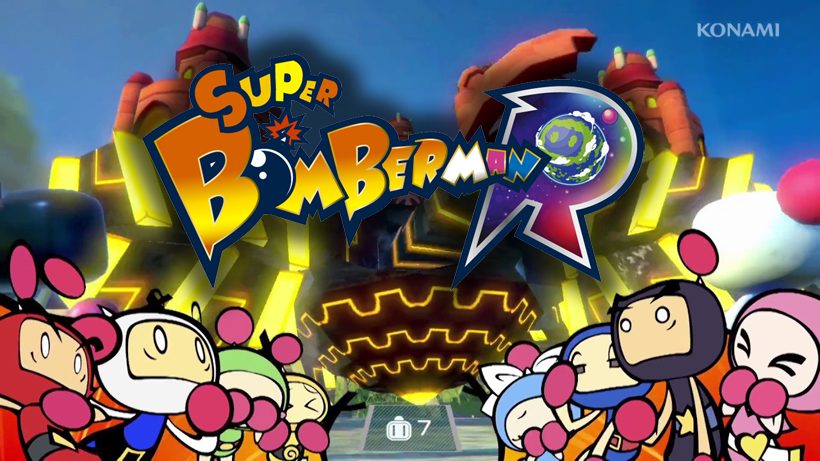 The bulk of today’s update comes in the form of four new VS Mode stages – dubbed White Cross, Lagoon, Max Speed, and Power Zone. If you’ve already downloaded the patch, these should appear in the in-game shop for 4,000 coins, along with a new Bomb and Crown accessory.

New content aside, Konami’s update also addresses common player concerns that should drastically improve the game’s quality of life. Players should experience reduced lag during online matches, pending everyone involved has “good network connections.” Offline players should notice an improved framerate, as well as slight adjustments to the game’s controls. Unfortunately, no specifics were given concerning what type of control adjustments have been made, but hey, that’s patch notes for you.

In-game, players can now adjust the view of the map with the L/R buttons. Certain maps have also had their height and slopes adjusted to increase player visibility.

Adjustments have been made to Super Bomberman R’s Story Mode difficulty, making Beginner and Normal easier to complete. As a result, the strength of the Five Dastardly Bombers has been tweaked accordingly. Players will also have the option to continue the game without spending gems, should they find themselves failing on multiple occasions.

Similar adjustments have been made to the game’s Multiplayer Battle Mode, which now allows players to adjust the COM’s difficulty. League Battle also received a notable shift in the increase/decrease rate of Battle Points.

As a thank-you to the fans that have provided feedback since the game’s launch, Konami will continue to support Super Bomberman R with the eventual release of three new free Bombers based on currently dormant franchises – Pyramid Bomber, representing Silent Hill 2; Belmont Bomber, representing Castlevania; and Gradius’s own Vic Viper Bomber. No release date has been given, but according to Konami’s official Twitter account these familiar characters are “coming soon.”

What’s interesting about this announcement is that Pyramid Head has never appeared on a Nintendo platform in any capacity, while Silent Hill as a series has only seen one entry, with Silent Hill: Shattered Memories on the Wii in 2009.