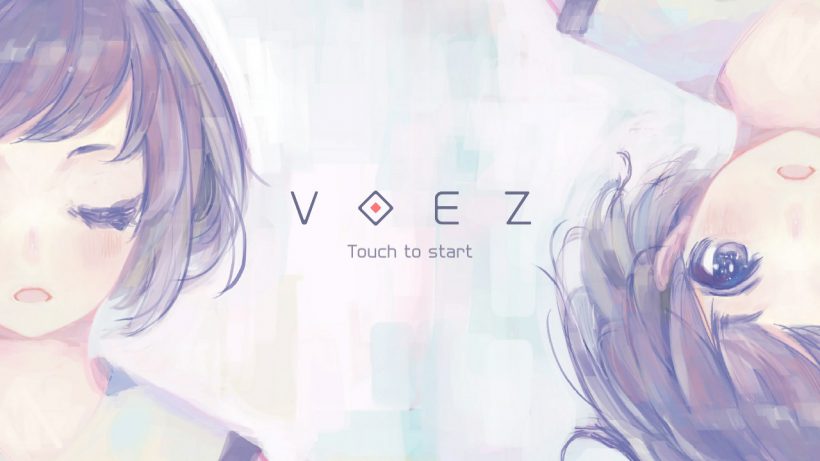 Ah, Voez. It’s probably one of the most valuable hidden gems of the Switch’s first month, and a title that may have even been overlooked by music and rhythm fanatics as well. It doesn’t have a fancy name, and it’s not coming from some renowned series, but it is made by some of the greats of the genre. Coming our way via Rayark (the people behind Cytus and Deemo), you can trust that you’re in for something of a treat.

Rewinding a bit, Voez is a rhythmic music game featuring a plethora of songs. You’ll find piano melodies, vocaloid songs, dance music, and even dubstep-like beats here – most seeming to be from Asian sources. That said, if you’re at all like me that won’t matter much; and if you’ve played rhythm games like this in the past you should at least be able to deal. This is not Guitar Hero or Just Dance, so don’t expect a Westernized song theme and you’ll be fine. 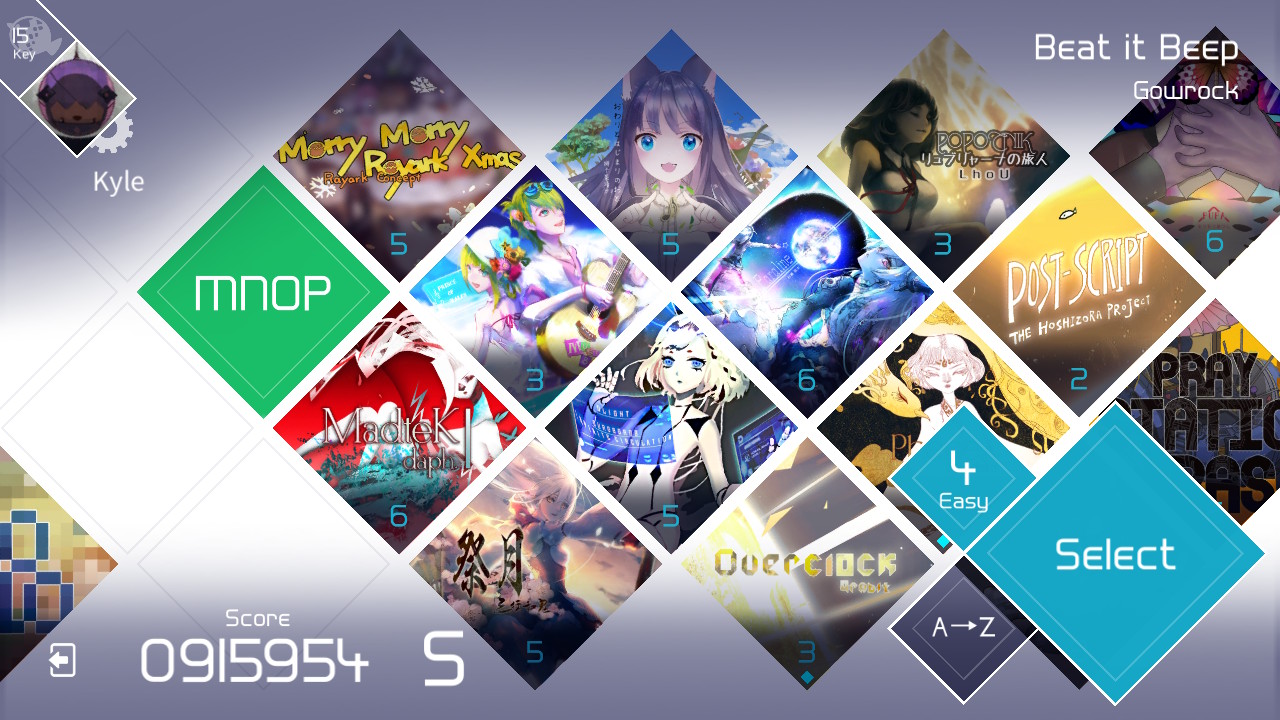 A simple game in execution, you’ll not be playing marathons or a story mode here – and aside from the tutorial, there doesn’t seem to be any real mode to it. You simply sort the list in either alphabetical or difficulty level systems, pick a song, and go at it.

It’s the perfect pick-up-and-play style game, and being that it doesn’t even need the Joy-Con it might be a good way to make things “more portable” if you’re only taking the Switch with you to play between tasks or events. That’s right, this is the first Switch game to be a hundred percent portable mode only; and if that’s not enough, it’s best played with the Joy-Cons removed – as they’re fairly useless in game, and it inhibits your reach. This is the first game to prove that the Switch’s touchscreen is truly worth having, and it does so by doing away with all other methods of control or operability.

So once you’ve chosen a song from the rather large list and it starts to play, little tracks appear on the screen vertically, and notes fall down to hit the bar at the bottom of the screen. Your job is to follow along by tapping, holding, sliding, and swiping the notes as required – using only the aforementioned tablet portion of the Switch to do so.

Following along by playing all the different song choices – of which there are 116 – you’ll try and get all the notes and indicators as they come. This can be done in easy, hard, and special difficulties; more notes and more complex actions coming along in the harder modes. Modes actually change the scale of hardness for the song and aren’t strict “levels,” so by paying attention to the difficulty level (it goes from 1-16) you can tailor the challenge better to your own personal skill level. 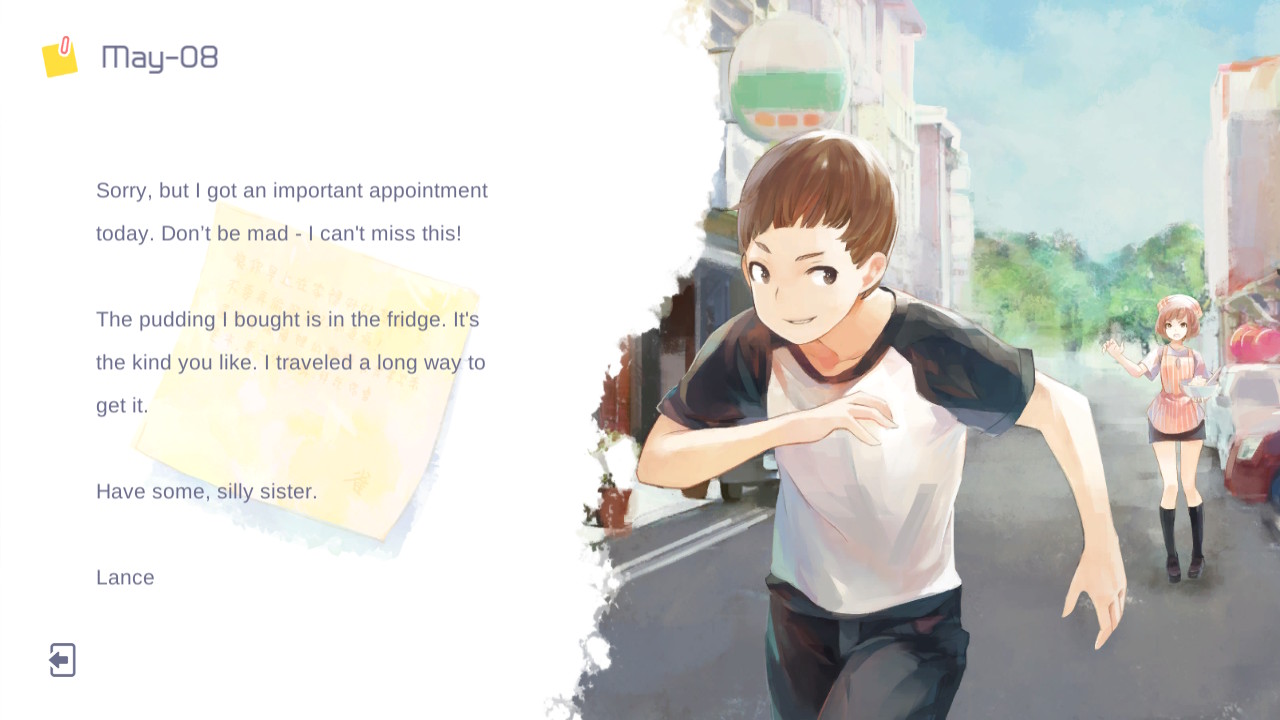 While there aren’t really any gameplay modes in Voez, there is an unlockable diary – which offers a static-style visual novel, complete with text and a cute little picture-aided story. Pages in the diary are unlocked through completing tasks however, so it’s not something you can simply pick up and get into like the rest of the game is.

If I’m being completely honest, I’m not that great at Voez‘s super difficulty, and it was because of this that I got stuck early in the story; on one of the tasks that require you to “B” grade a super difficulty song. The lowest level super tier song there is comes up as a nine out of sixteen in difficulty, and I can only manage a “C” even after a fair few tries (and even a few Hail Mary attempts at higher level ones). It’s kind of a bummer, but to be honest the diary aspect seems like fluff to me – and I think I can safely live without it.

Moving past the gameplay, the visual and auditory aspects of the game are top notch for what they offer, and there are simply no issues at all to be found on the surface. This is somewhat aided by the fact that – aside from coloured tracks and notes which move about – there isn’t much in the way of animation on the screen. This isn’t a game that relies on music videos or extraneous design however, and that’s obvious in almost every aspect (including graphics).

As for the audio, all the songs sounded great – even at top volume on my headphones. I like to get right entrenched in the songs while I’m playing them, so that clarity and quality was a welcome thing to encounter. This game walks the walk and talks the talk quite well.

After getting properly acquainted with the game, I think it’s safe to say that I’ve had a great time with Voez – and though it’s obviously more simple in design, it very much excels in execution. Songs feel good to play, there’s plenty of selection, and it’s simple to pick up for a moment or sit down and sink hours into. It’s not the most extensive title to behold, but being that you get so many songs (and there’s free DLC on the way), it’s definitely worth a buy.

Voez really vibes with me, and I’ll be visiting it every moment I get the chance to from now on. You might want to consider doing the same if rhythm games are your thing. 😉

Voez is a “no bells or whistles” style rhythm game with a hell of a soundtrack and some very unique execution. As the first portable mode only title on the Switch it might have you apprehensive, but you shouldn’t be too wary; it’s a solid title from a studio that knows what they’re doing in the genre.

One thought on “Voez Review”