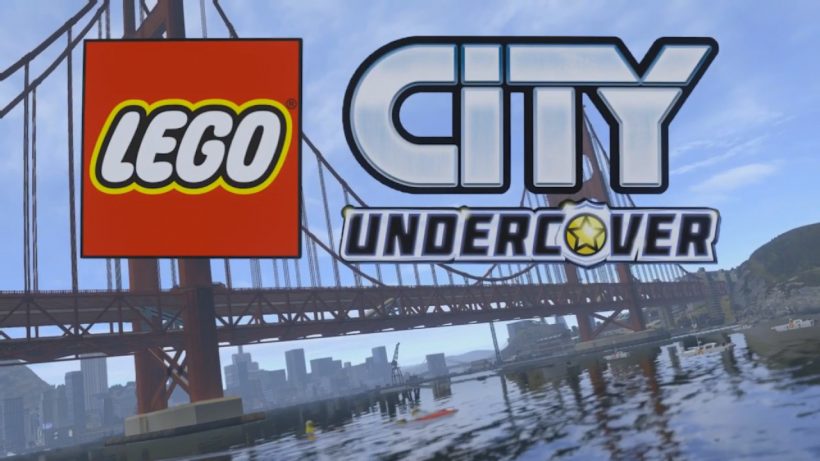 Imagine if you will, a child-friendly take on Grand Theft Auto. A game where instead of being a criminal, and being the wrong side of the law, you are the law – albeit undercover, and with a similar ability in procuring vehicles and causing wanton destruction on the side. Subtract all of the 18-rated stuff like narcotics and grow-up swears, and you’d find that such a game wouldn’t be too dissimilar to LEGO City Undercover; a game which, after first appearing four years ago exclusively for the Wii U, now finds its way onto modern consoles.

You play as Chase McCain, a police officer returning to LEGO City after a long absence – only to find that the dangerous criminal Rex Fury has escaped from Albatross Island. Of course, this means it’s down to you to once again thwart his nefarious plans, and bring him to justice. In order to do so, you’ll play through fifteen chapters of a unique story (if you ignore that it’s already been released) that for the first time in a TT Games LEGO title isn’t reliant on a licensed property. 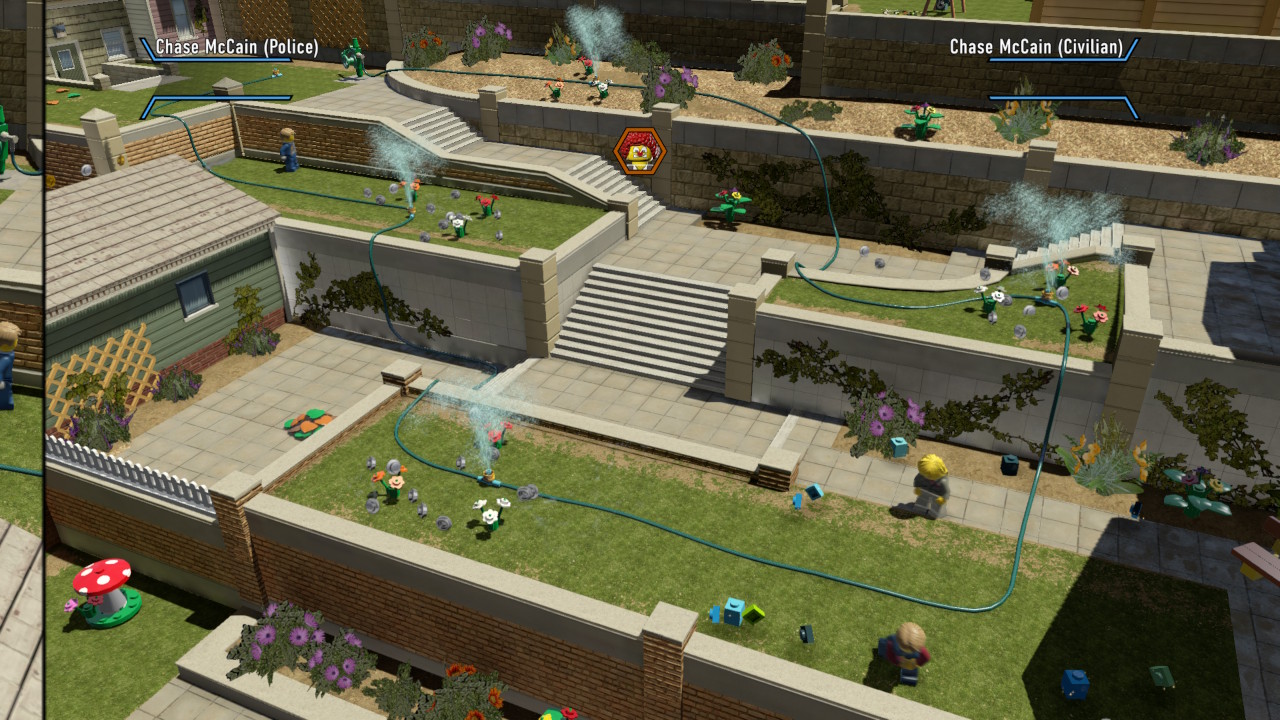 A 3D action/puzzle platformer at heart, LEGO City Undercover will require Chase to take on the criminal underworld, and infiltrate different games. As such, you’ll need to take on different appearances to not only complete your job, but also the puzzles for which LEGO titles have become renowned for. There are eight different disguises that Chase can utilise in total, with each unlocking gradually as you progress through the story. You’ll start off with just your Civilian attire and your Undercover Cop garments, but before long you’ll have a Criminal, Miner, Astronaut, Farmer, Fireman, and even a Construction Worker (Hi Emmet!) to use. All of these have differing abilities in order to solve the puzzles around you, but in typical LEGO title fashion some puzzles hidden in the levels can’t be completed until much later. This means you’ll be coming back to play the game again via free play after the level has been completed the first time.

As a Police Officer you can use a grappling gun to access higher points and discover clues, while the criminal clobber can crowbar into locked doors and crack safes. The Miner can remove debris with his pick axe and utilise dynamite (obtained from vending machines, naturally), whereas the Astronaut can use the various teleporting pads scattered around and unlock futuristic crates. Your Farmer gear allows you to water plants and glide with a chicken, and the Fireman can extinguish flames or use his trust axe to smash doors in. The final disguise bestows the ability to use a pneumatic drill and repair electrical panels – as any good construction worker can.

The story it throws you into is actually quite enjoyable, and is heavily influenced by (and laced with humour from) many classic films. Early highlights include a take on The Shawshank Redemption, The Matrix, and Starsky and Hutch – and the entirety of the story itself is generally a bit of a homage/satire on many classic cop shows from the 80’s and 90’s. There’s even a section later on which heavily draws on Arnold Schwarzenegger’s career, busting out numerous amusing puns! This all goes along the way you will infiltrate different criminal organisations, reconcile with your former partner, collect pigs, and even go to the moon; all in the name of capturing the evil Mr. Fury.

As well as featuring an enjoyable story, the game is also host to a whole plethora of hidden collectibles, cheat bricks, characters, vehicles, and many more things – including the important “super builds;” spots for building specific constructions to enhance your adventure, or in some cases even progress your adventure. This is a game with a tremendous amount to do, both during your story and long afterwards.

So far, so good – right? You’d think so, and if I was playing this for the first time four years ago (like Wii U owners were) then I’d be crowing about how this was probably the best LEGO game so far. I’d be talking about how it really takes on all of the elements from the games that came before it, and really nails the open world point. I’d be saying that when free of the shackles of a license, the team really have made the LEGO game that they wanted. The problem is that it’s not 2013, and we’ve seen around 52 new LEGO games since then – all of them with enhanced gameplay and mechanics, all of which are notably missing here. 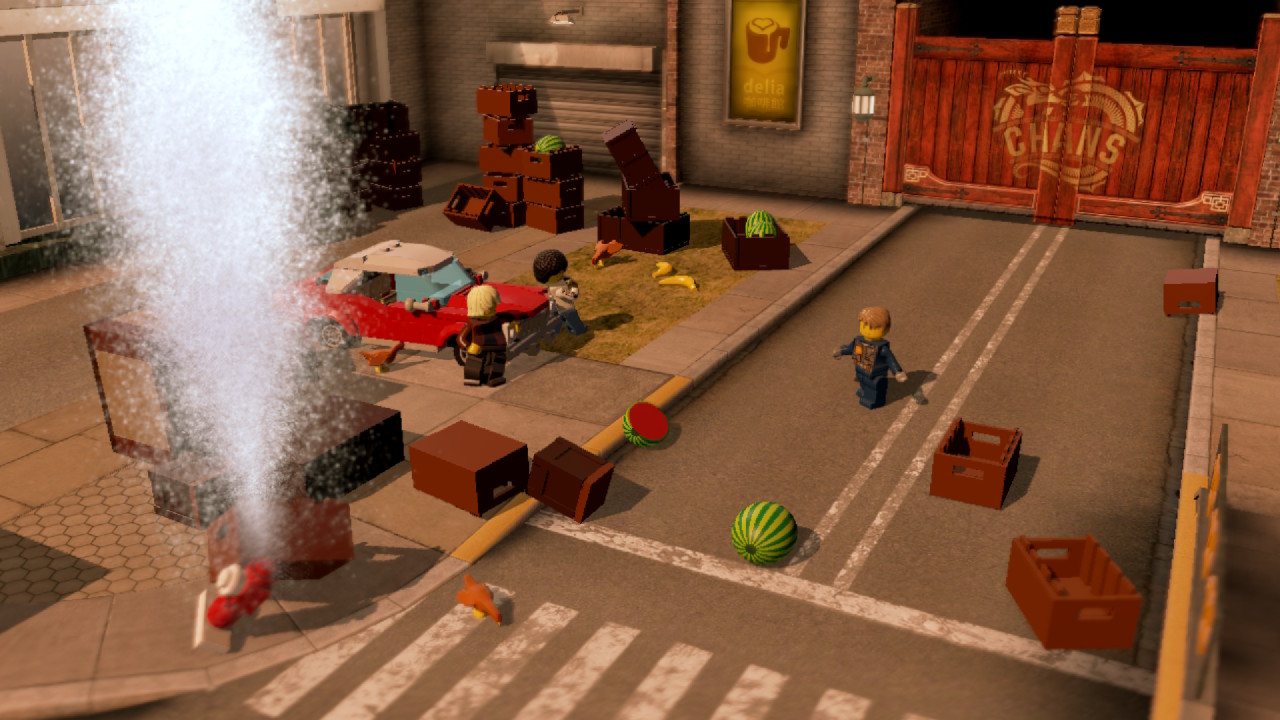 There are a few things that are irksome too, and the first is the combat. As you’d expect, along the way you’ll be needing to remove some cronies – but this time there is no way to defeat them outright. Instead, you’ll need to use the Y button to hit (or throw), X to dodge, or the A to grapple; and once bested, you’ll need to tap the A again to handcuff them. It becomes quite annoying as you progress through the game. There were also a few vehicle based missions, and some of the handling of those left a lot to be desired (with manoeuvrability not particularly effective).

Also somewhat annoying are the costumes themselves. Puzzles are cleverly spaced across the levels – mainly for secrets and so on – but as the full repertoire is available, level progress will also require use of the different abilities one after the other. You can shift disguises easily enough with the L and R buttons, but it still becomes quite frustrating when you have the ability and the game makes you use the disguise to activate it. Having to switch to a police officer to scan for clues, or a fire fighter to use an axe when you already have a character who should be able to do those things interrupts the fluidity on the gameplay somewhat later on. I’ve also noticed frame-rate drops at times, but this is more prevalent during split screen multiplayer. At points the game noticeably chugs in such a mode, so it’s not a way that I’d suggest you play for extensive periods, though it’s a nice addition nonetheless.

In the end, LEGO City Undercover is a nice addition to not only the LEGO series of games, but also the Switch library. You can clearly see that this was an amazing title for the series a few years back, and indeed still offers a great experience. If you are looking for an open-world and fun action platformer for your Switch, and love the style and humour of the LEGO titles, then you’ll find so much to enjoy here; the only real issue is that it’s a port of an older game, and the series has evolved past what that old rendition has to offer.

LEGO City Undercover is an action-packed platformer filled to the brim with secrets and charm. Whilst the series as a whole has evolved – negating how impressive this was back in 2013 – you’ll still find plenty to enjoy on its own merit.