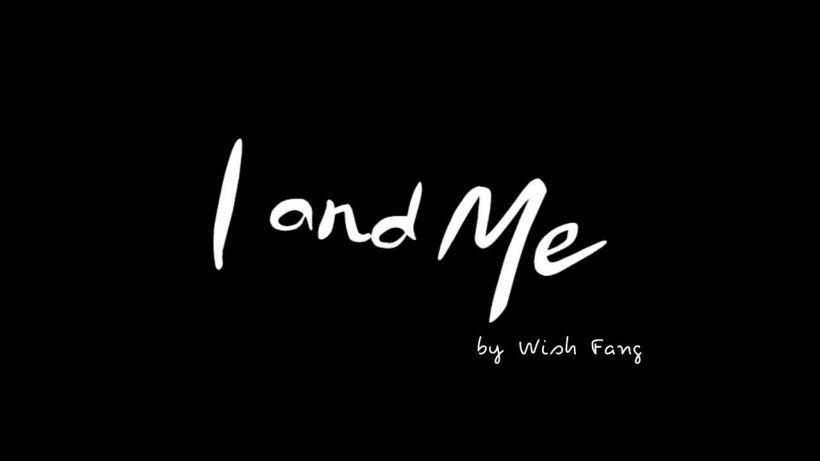 As summer rolls around, Switch owners everywhere are no doubt looking out for what games they can fill up their memory cards with as they jet off on vacations around the world. Wish Fang studios are hoping that one of those games is I and Me; a Switch port of their universally praised Steam hit from last year.

The premise behind I and Me is straightforward enough; you simultaneously control two tiny black cats who perform exactly the same actions via single controller inputs. It’s your job to guide these adorable felines to the end of each of the included 90 stages, spread over the four seasons of spring, summer, autumn, and winter. 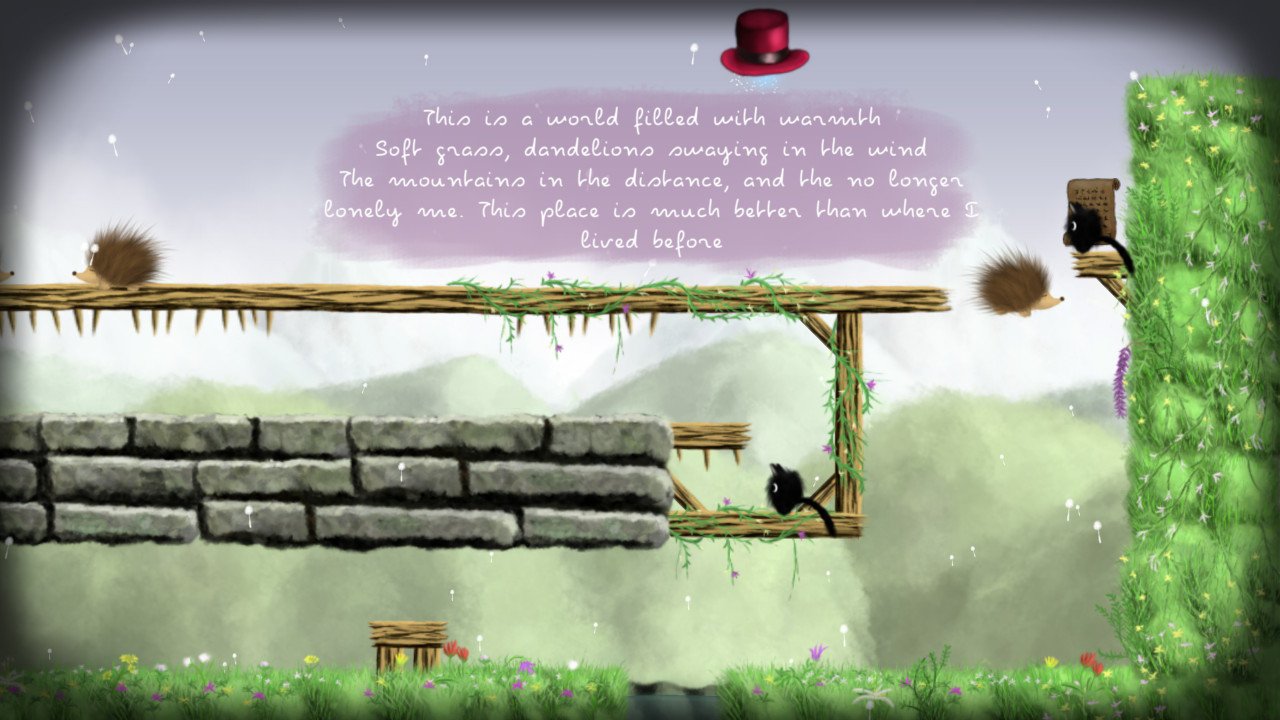 As you progress, you’re challenged to think of new ways to position one cat in a different spot to the other. As both share the same analogue stick movements, you do this by strategically placing one in front or behind some scenery to create space between the two. Spacing becomes a critical gameplay in I and Me as you’ve often got to ensure both cats hit their exit gate at the same time.

The levels are relatively simple in design but not necessarily easy. It’s a difficult balance to maintain but I and Me does well to bring a sustainable difficulty to the table along with frequently tweaking the mechanics to mix things up a little. Hedgehogs, bees and sheep are added to stages as hazards, but the latter can be used to jump on top of, allowing you to reach higher areas along with a satisfying bleat. As you progress further, warp portals and magic wands which reverse the actions of one cat also make an appearance – each once again adding a wrinkle on how you’ve been doing things up until that point. 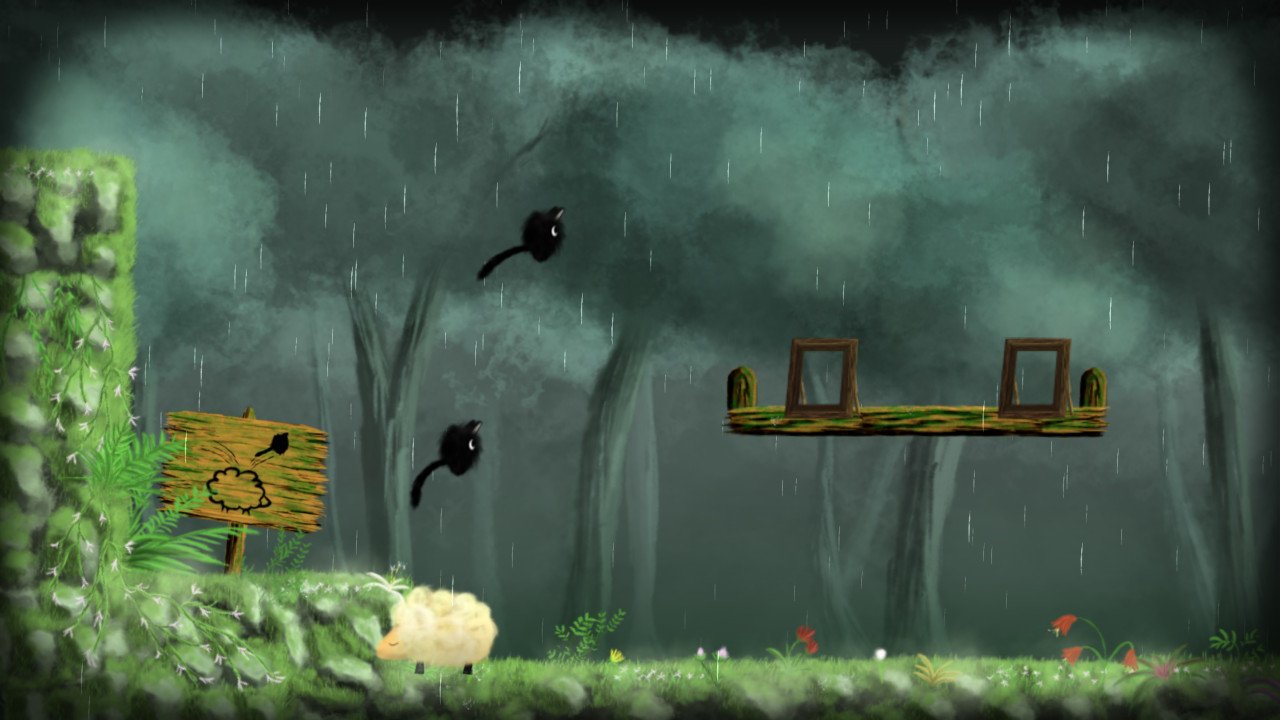 Should things get a little tough, help is not far away. By pushing the X button, you can view the first part of the puzzle solution, often giving you enough confirmation that you’re either on the right track or a million miles away. It’s a nice solution – if a little blunt – which means you’ll never be stuck without any idea of how to progress for too long.

The only real issue that some might have is that I and Me is not a challenging game. Some of the puzzles are hard at first, but you can often figure them out within a few minutes. And that’s okay; I and Me isn’t trying to be Dark Souls. What it offers is a superbly relaxing experience which is very rare to find in this genre. Personally, I can’t praise I and Me enough for not forcing ridiculously burdensome and frustrating levels later in the game in a bid to add additional hours to your playtime. 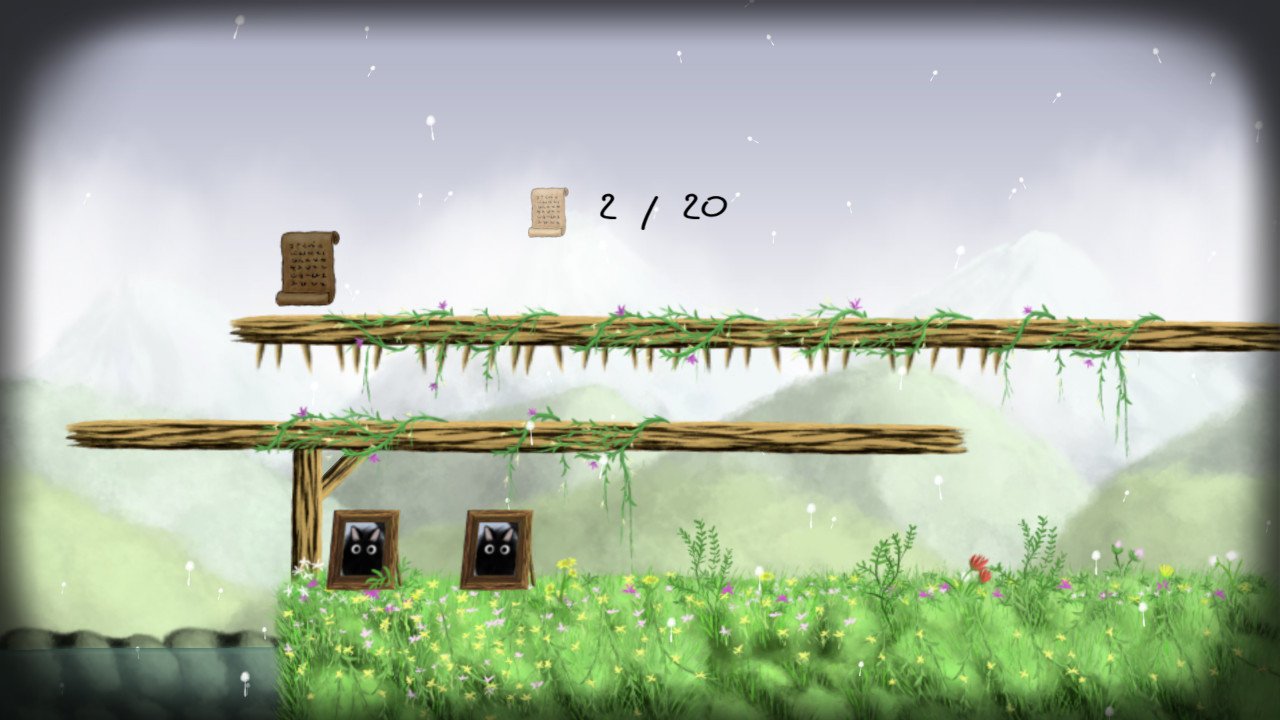 In a world where almost every other video game released is constantly crying for your ongoing attention with frequent events and server-side updates, there is something to be said about thoroughly enjoying something in short bursts for a few days before getting a satisfying sense of closure. That’s exactly what we have here; a beautifully crafted experience that won’t take you more than 10 hours to play through to completion, but one which you’ll be glad you digested once you’re done.

There are 20 collectibles throughout the 90 stages in the form of book pages that tell the extended story of I and Me. None of which are particularly difficult to obtain but they do add a little depth to the backbone of the game, giving you a little incentive to explore a little more on certain levels. 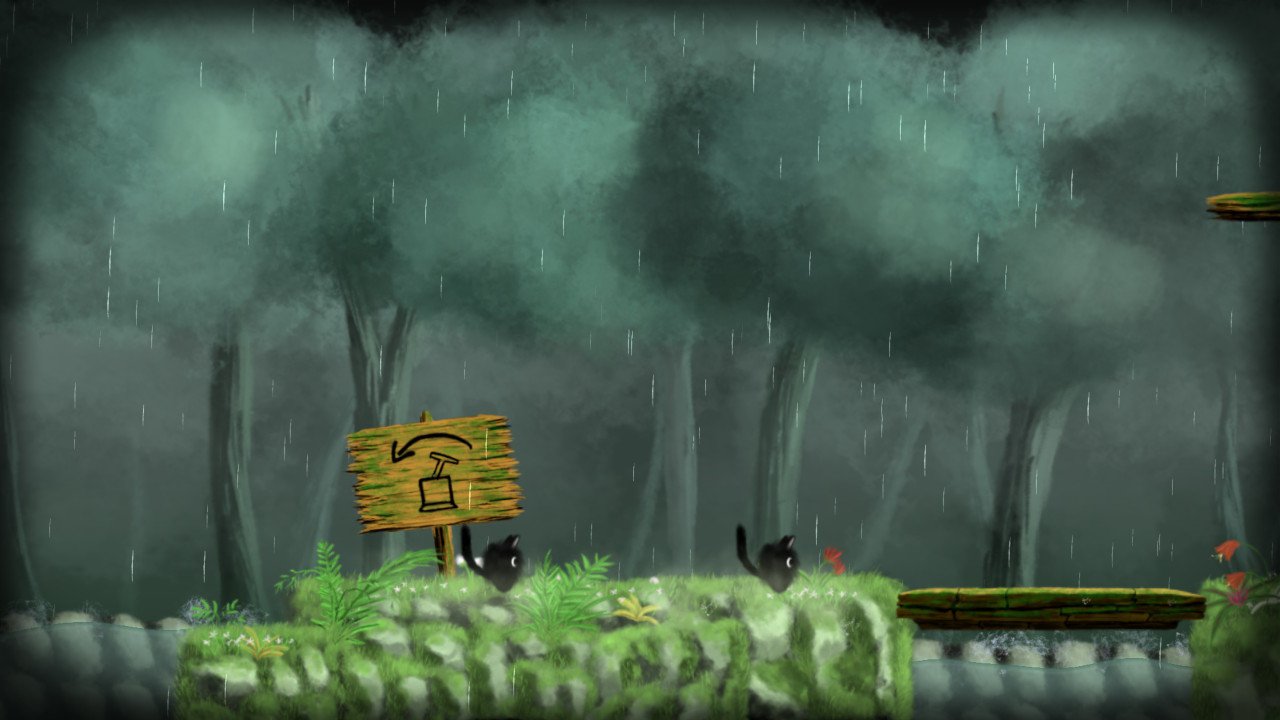 As with a lot of other indie-style games released on the Switch, this is another which benefits greatly from the portability of Nintendo’s console. Sure, it looks great on the TV should you want to enjoy a larger perspective, but playing I and Me in portable mode is the definitive way to do so. Simple controls and a steady pace make it the perfect travel companion, especially when coupled with a nice wide screen and uncluttered stage layout.

Whilst fidget spinners might be the latest craze for those with unsettled hands, I’d urge you to pick up your Switch instead and boot up I and Me if you’ve got a few spare moments to yourself. You won’t regret it.

Beautifully charming and ultra relaxing, I and Me is everything you could want from a puzzle game without any of the stress. I love handheld games that I can just pick up and play in short bursts and whilst I and Me is exactly this, I always end up finding it difficult to put down as well. Brilliantly addictive – but only whilst it lasts. Launching at £8.99, there might not be enough meat on the bone for some, but I personally felt that the value on offer is worth the admission.

One thought on “I and Me Review”