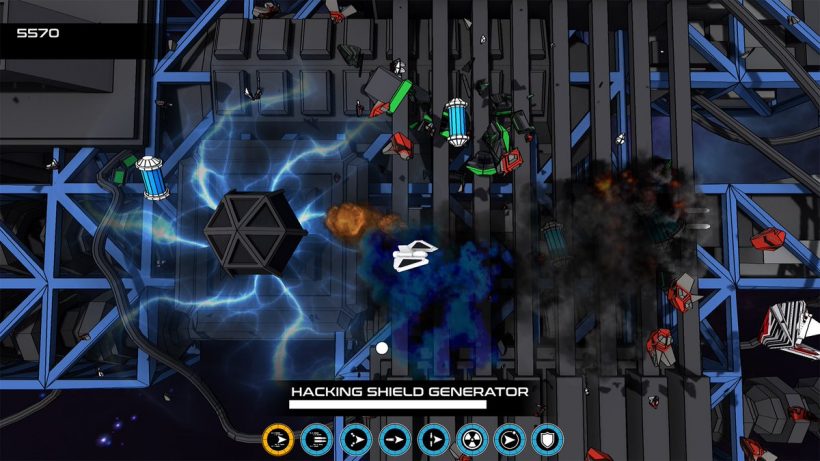 The list of confirmed Nintendo Switch games just keeps growing and growing! We now have news that Promethium – a side-scrolling shoot-em-up with a retro vibe – is on its way to Nintendo Switch.

Taking the role of Commander Braybrook, you are tasked with stopping the Promethium armada from reaching Planet Earth. How do you do this? By shooting literally everything, apparently! Take a look at this trailer for the game uploaded by the game’s developer, Byron Atkinson-Jones:

The PC version of Prometium is due for release on the 18th August, with the Switch version coming “soon after.” According to Kotaku, Atkinson-Jones is “currently working through some of Nintendo’s internal developer processes,” meaning that the game is on its way but still needs a little time to be released.

Promethium is inspired by arcade classics and games from the Commodore 64, promising to be a “hard-as-nails” journey with levels that get progressively harder. Interested? We’ll be sure to update you with a release date as soon as we have one.