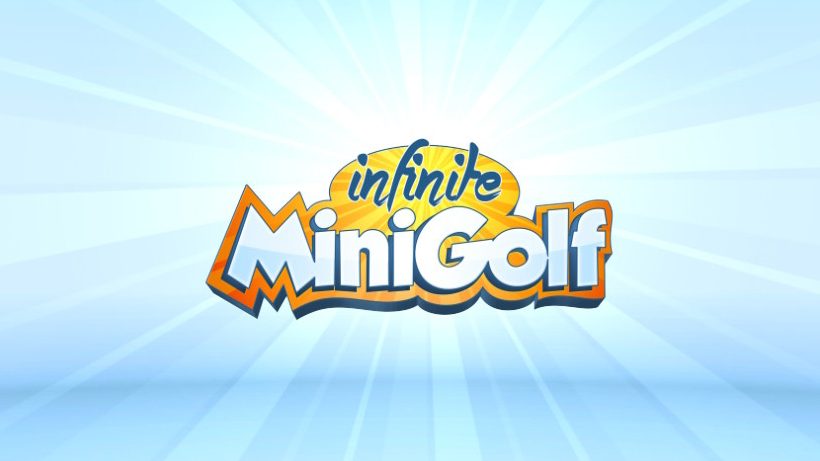 I don’t know much about golf. It isn’t a popular sport where I live, so I have never watched an actual game (never mind going out and actually playing it). Everything that I know about it – and about its “mini” subcategory – comes from the funny Bugs Bunny and Woody Woodpecker classic episodes, in which sneezing plays a huge part in the game strategy. Considering this background of mine, when I started to play Infinite Minigolf I was a bit skeptical whether it would have any appeal to me. Gosh, I’m glad I was wrong.

In a similar manner to those aforementioned cartoons, Infinite Minigolf is a colorful, fun, and creative take on the minigolf formula. The core objective of hitting the ball into holes with as few strokes possible is here, but it has many little twists to make it all the more interesting. For starters, there’s the minigolf premise. The levels are usually short and self-contained, so you can’t expect to take those high-altitude sniper shots. Instead, you must find the optimal path between obstacles, trying to gather as many bonus items as you can. 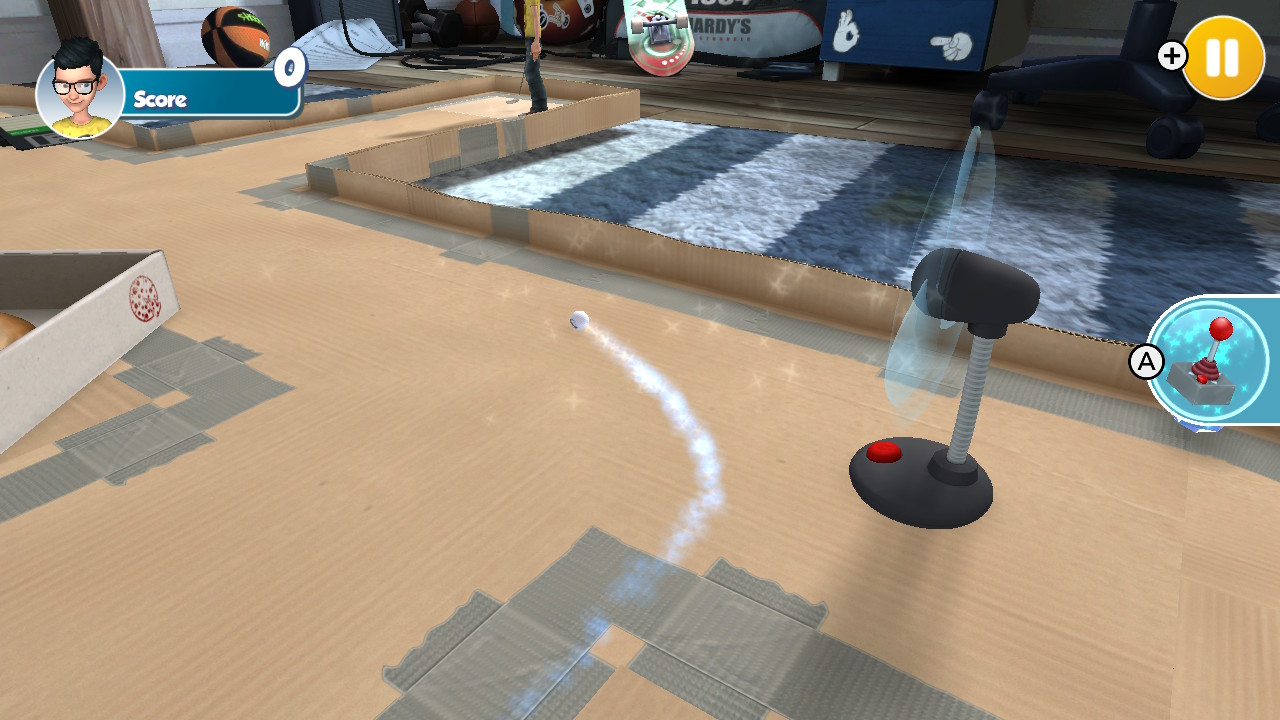 In the end, it all comes to building up your score. Finishing the level in only one shot gives you the most unaided points possible, but you can pick up gems on the path to the hole to increase your score even more. The game also incentivises risky plays, awarding more points for shots that bounce off the walls or jump through obstacles. Infinite Minigolf makes those quirky plays more frequent by scattering power ups throughout levels, which (once collected) make your ball jump higher or gain a speed boost.

To do so, you have controls that are very simple, but too sensitive. Every level starts with the player being able to position the ball inside a start zone. With this, you can set up the best angle for your first shot, and you do perform this by simply moving your left stick and pressing A when you’ve got the perfect spot. Next, the player avatar gets in position for the shot. It’s here that the controls get rather sloppy. 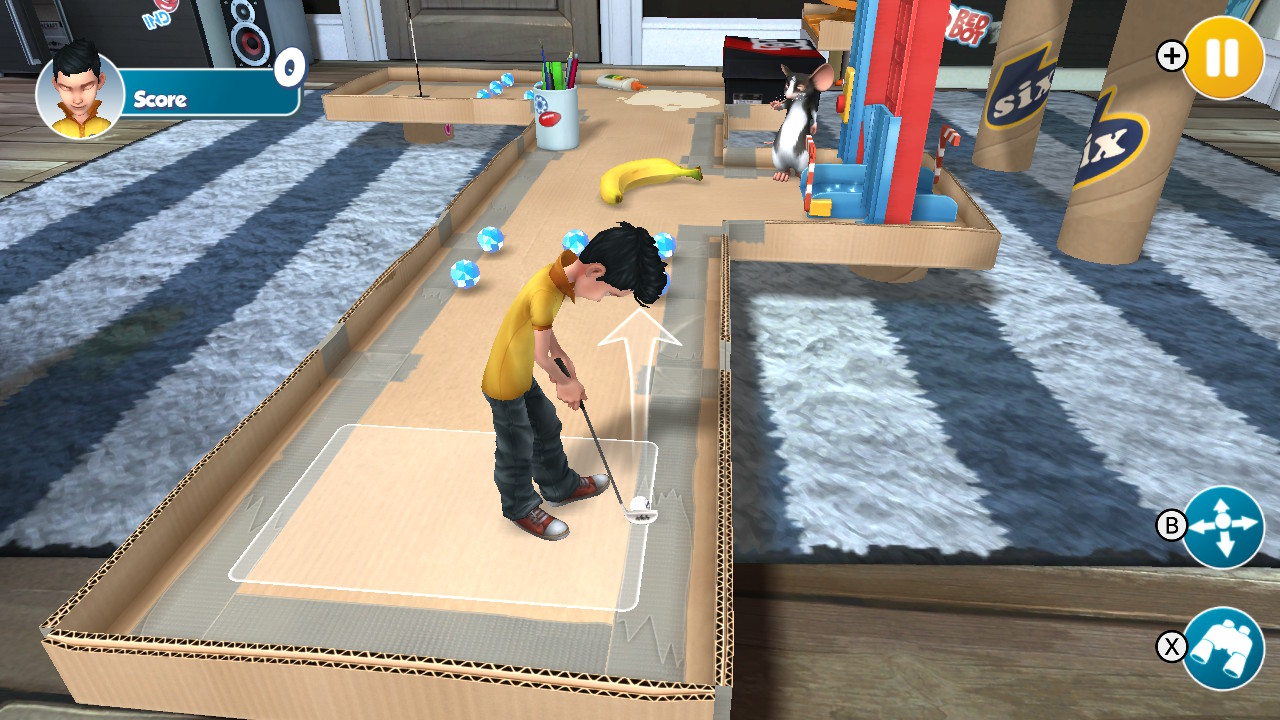 The idea is that you move the left stick to the right or to the left in order to decide the direction of the shot. You then move your right stick down – simulating the movement of the club – to decide how strong your shot is. The problem with this setup is simply that both these controls are excessively sensitive, to the point of making you fail. I felt that a the faintest of touches on the stick to any side was enough to move too far in the direction you were aiming for. Getting precise with the applied force was even harder, as it seems that it gets from a weak shot to a strong shot far too fast. Fortunately, the game has options to lower the sensibility of the controls, so it gets better – though never perfect. It is something that you get used with time though, so there’s hope for those who stick with it.

What you don’t get used to though, is the variety of levels – which is an extremely good thing. All the levels are divided into three bigger themes; Giant House, Nightmare Mansion, and Santa’s Factory. Each one of them has its own set of characters and hazards, adding new unique flavors to the match. Each theme has four tournaments (with three varying difficulty levels), and each tournament has ten levels, so if you multiply that out you can certainly see that Infinite Minigolf has a huge amount of content to offer.

As if that wasn’t enough, Infinite Minigolf also has a very robust level editor. It allows the player to build levels using one of the three different themes, adding in hazards and goodies, and customizing to your heart’s content. This is a mode executed in a very robust and simplistic way – meaning you can build complex levels with ease in practically no time at all. Better still, there’s an option to upload your custom levels for other players to use, and to download levels created by the community. You could say this game lives up to the Infinite name!

Infinite Minigolf also does a spectacular job with its online modes. All the levels from the main game and the level editor can be played locally, allowing up to eight players to share the Joy-Cons while playing either tournaments or single levels. There is also the option to join other players online, although I had some connection errors trying it. Zen Studios is aware of this issue, so it should be fixed soon.

Looking past the playable bits themselves, the entirety of Infinite Minigolf’s astonishing content is wrapped up in a very pretty package. The graphics are colorful, sharp, and pleasing to the eye. Each theme is different and unique, organized in such a way that you keep looking forward to seeing the different elements that are going to be added. On top of that, the game also runs smoothly (both on handheld and big screen), with fast loading times that put you back into the fray almost instantly. 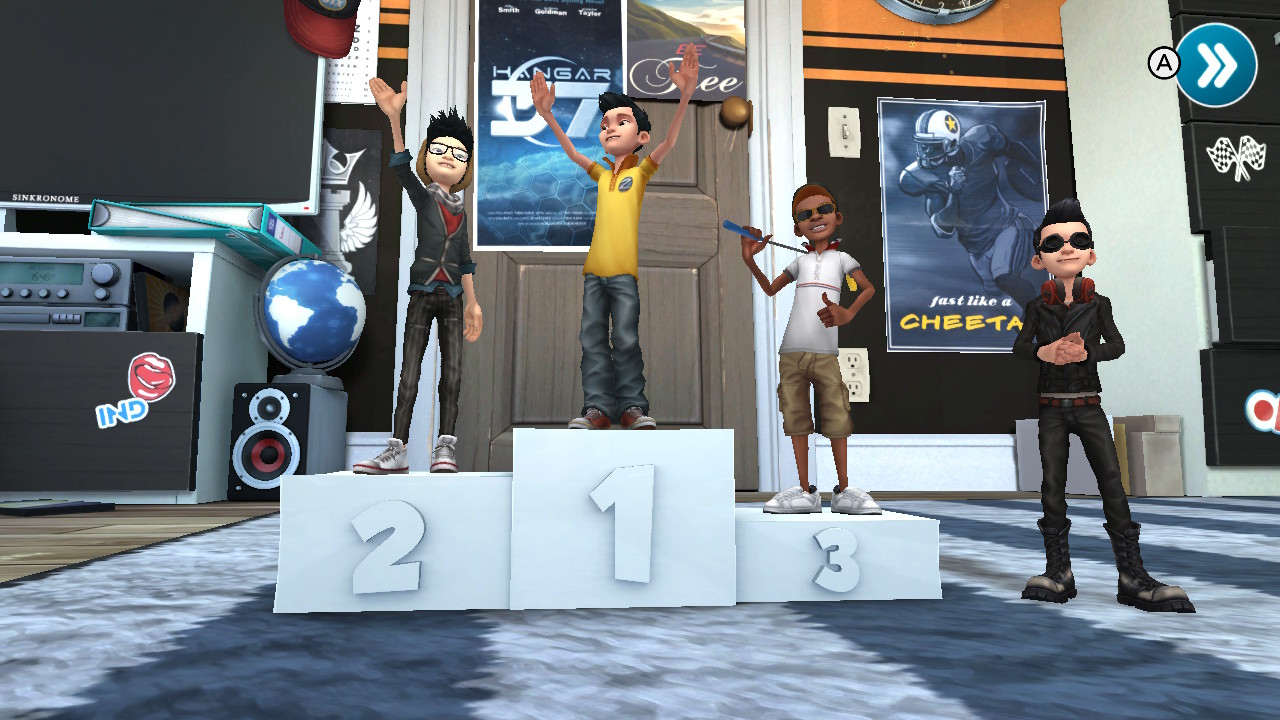 To keep the player wanting to play more, Infinite Minigolf has a persistent player level too. Getting through the tournaments rewards the player with in-game currency, and by completing missions and leveling up you will unlock new attire at a shop within the game. This way, you can buy all sort of new items to customize your avatar. Those are all cosmetic changes that don’t affect the gameplay, but they’re very nice to include as they add value via a call for replaying and changing things up.

All things considered, Infinite Minigolf surprised me with a solid package and an entertaining gameplay loop. In fact, it may be one of those games that I keep coming back to in short bursts, as it really stands to its name. It is infinite, after all.

In spite of having some minor teething issues, Infinite Minigolf compensates with entertaining gameplay built inside an ever-growing package. It is fun, creative, and certainly gives you your money’s worth – even at the title’s launch price.