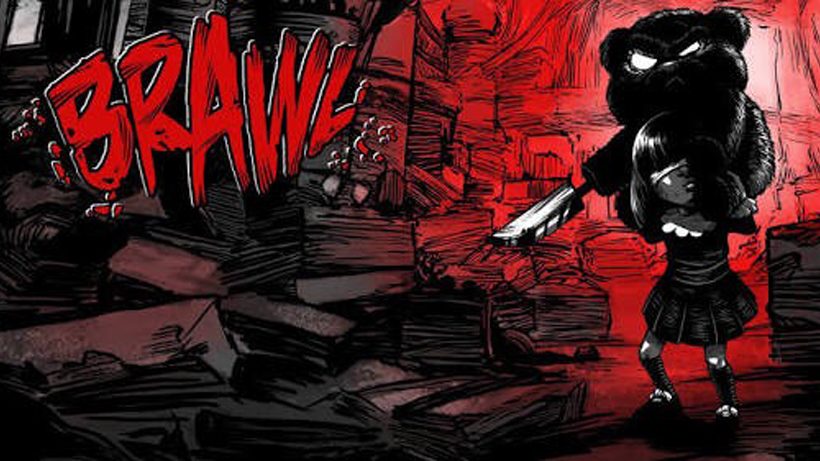 Founded in 2008, Bloober’s portfolio includes narrative driven horror titles Observer and Layers of Fear – focusing on creating a tense atmosphere and mature, visceral subject matter. Brawl, on the other hand, is a high octane explosive arena style party game – its perspective carrying a passing resemblance to arcade classic Bomberman. That’s where the similarities end though, with its gory, darkly comic personality and mature content adding bite to the skill-based arcade mechanics. The game’s eight grotesquely charming, aesthetically unique characters brutally clash in ‘the Emporium.’ Each has their own skill set, back story, and play style; ranging from the all out bludgeoning Wrestler, to the more stealthy Thief.

Single player includes a campaign for each of the eight characters, while the online and local multiplayer boasts a multitude of different maps to compete in across two challenge and five competitive modes. These modes include Sumo – where the aim is to push your opponent out of the arena, Classic Brawl (team deathmatch), and a Colour Domination mode (akin to this year’s summer blockbuster Splatoon 2).

Check out a previously released trailer for a closer look;

While there is no confirmation as yet regarding the Switch release date or specific content, both Steam and PlayStation 4 versions of the game had a meaty trophy and achievement system which allow the player to trade in Brawl points to unlock concept art and character models.

With its blend of classic arcade action and twisted characters, Brawl is sure to raise hell on the Nintendo Switch in the near future. Keep an eye out for it!