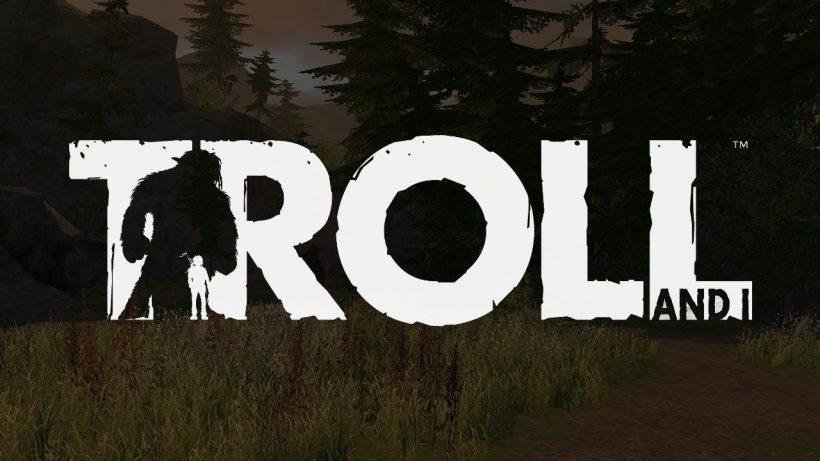 It won’t take long for this game to take its troll on you!

Troll and I deserves an award. It is the first video game that I have ever played where I have voluntarily stopped playing to go and cut the grass in my back yard. Sadly, this wasn’t a one-off phenomenon. Over the last few days, I have found myself voluntarily turning my Switch off and going to wash the dishes, empty the washing machine and even hoover – all to find a reason to stop playing this game!

Set in the 40’s, the bare-bones story sees a billionaire called Eugene hire a hunter to track down and kill a troll for science. We then cut to the Scandinavian village, where a boy called Otto (the “I” in the title) lives. He is about to set off hunting boar, only for his mother to warn him about the dangers of going out alone.

Guess what?! While you’re out hunting, bad things happen. Otto hears gunfire coming from the village and sees smoke start to plume from above the trees. Running back towards the village, you will reunite with Otto’s mother only for a flaming tree to once again separate you. Rather than trying to save his helpless mother, Otto legs it and leaves her – with a horrible running QTE scene playing out where you have to duck and jump over flaming branches. This is where you will encounter one of many things this game gets horribly wrong – the controls. 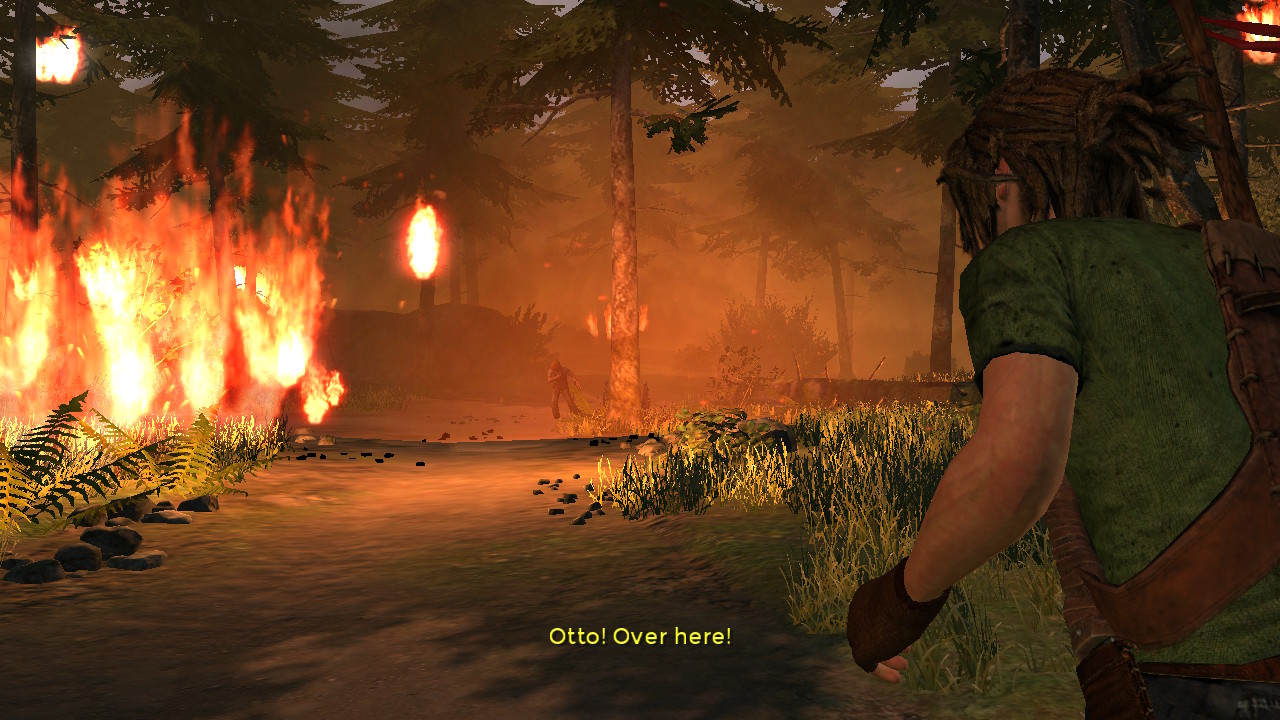 Not only are they clunky, but they are not very responsive, and sometimes just don’t respond at all! In this running scene, you will press the button that pops up on the screen when prompted – hoping for Otto to slide under/hop over the obstacle in his path. Instead, in my first few attempts, he decided to crouch; meaning that he ended up getting burnt alive in the forest fire. Thinking back, this was probably the best moment in the game…

Anyway, after this scene you are introduced to the game’s crafting mechanic. By gathering resources you can craft new weapons – such as spears and clubs – with which to attack the weird looking enemies that you will encounter on your journey. You will also find small statues lying around that you can use to upgrade certain skills, but these upgrades aren’t really noticeable and I found myself forgetting about these half of the time.

During this opening section you meet the “Troll” of “Troll and I,” who for some reason has dreadlocks and an eerily similar haircut to Otto. Troll emerges from the forest in this scene, and after being initially frightened of this terrifying looking creation, you inexplicably become best mates with it all of a sudden and start to work together. By switching between the two characters with a tap of the R button, you can tackle the repetitive puzzles that the game throws at you.

Each area tends to have the same structure; enter an area, kill enemies, switch between characters to solve a puzzle, exit area, and repeat. These puzzles tend to be a case of using Otto to climb or crawl (via an area too small for Troll to navigate) to an object required to enable Troll to be able to pass. Again, the controls in these sections are terrible. Climbing is just a case of looking for a wall that has obvious handholds and holding up on the analogue stick until your reach the top. There are some walls that have handholds too big for Otto, so these need Troll to climb. Troll, by the way, has the most annoyingly drawn out climbing animation I have ever seen! 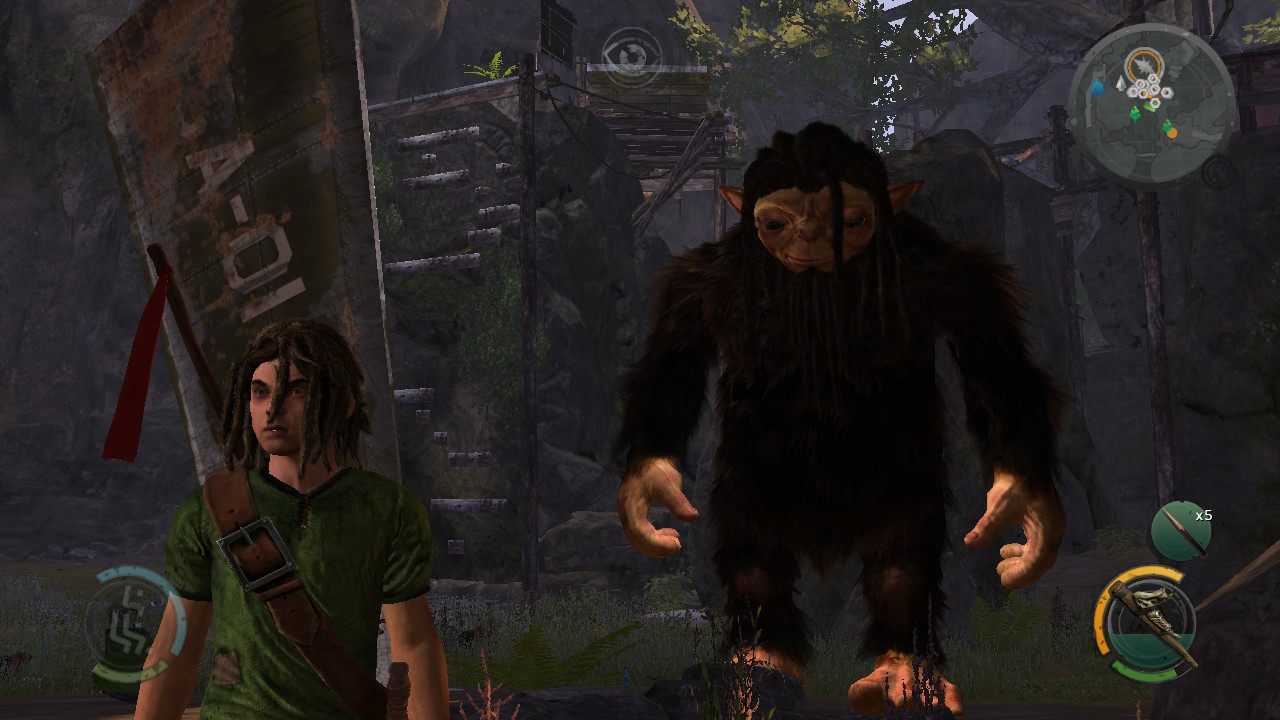 Combat is also pretty tedious, and follows the same rinse and repeat formula. Most areas have cracks that appear in the ground where enemies will crawl out of, and they will continue to do so until Troll throws a rock at this fissure to cause more rocks to fall on top of it and seal it. In the meantime, you can fight these enemies using either Otto or Troll by simply mashing the Y button. However, you will soon learn that Troll can pretty much one hit kill all of these enemies by either stomping or fist-slamming them – meaning that you will hardly bother using Otto in combat.

Not only are the game mechanics and design pretty bad, but the audio and visual elements in Troll and I are lacklustre as well. The game doesn’t look too bad, but it does have a last-gen feel to it, and features some pretty bad clipping effects throughout. Sound wise, there are many bugs in the game that cause weird things to come out of your Nintendo Switch’s speakers. I encountered an area where whenever I moved Troll, a high-pitched static sound would be produced. There was also an issue where once an enemy had been defeated, a torso-like shape would appear on the spot where he was slain and produce a horrible sound (that is best described as someone rubbing sandpaper together). Even if you were standing next to this torso, this sound would pretty much disappear as soon as you turned the camera away from it, but would get excruciatingly loud as soon as it came into the frame. 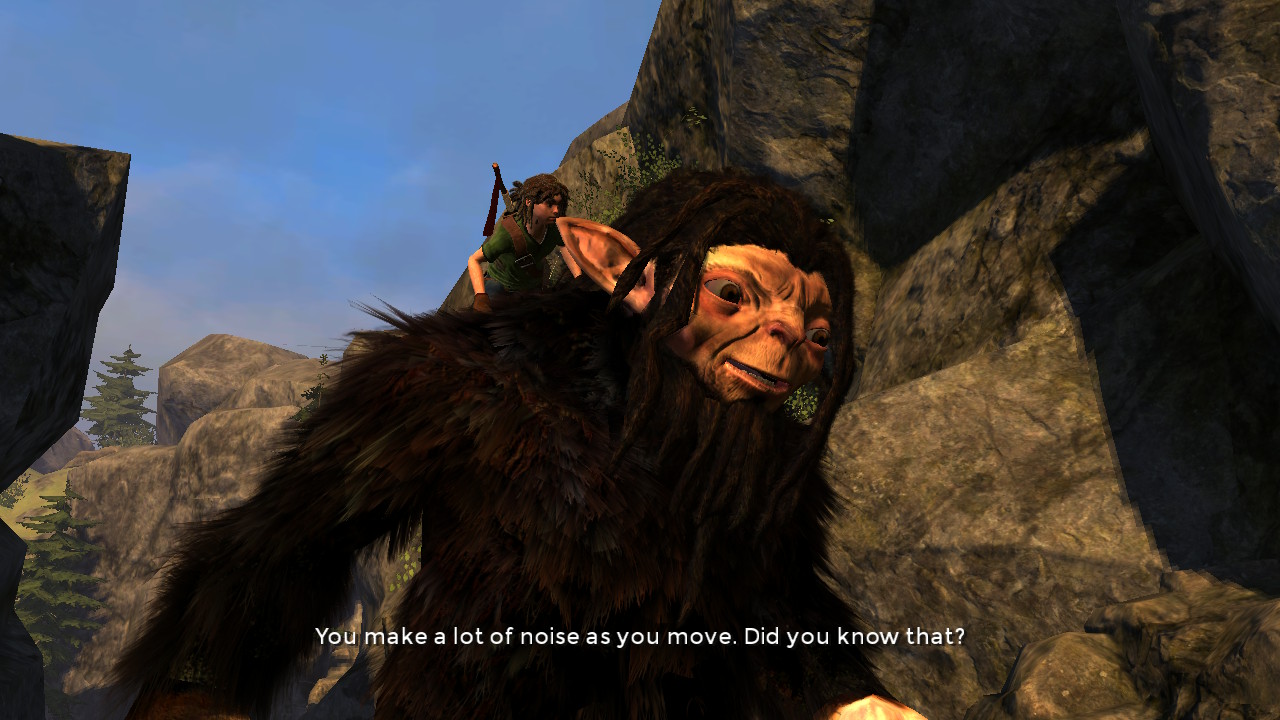 Before I finish this review, the last thing I want to point out is the voice acting. If you haven’t guessed already, it’s also terrible. The main character Otto (who speaks frequently throughout) has no emotion whatsoever in his voice. There are no inflections where they should be, and no passion at all. This is really no surprise when considering the rest of the game, and in the end you’d be best just turning the volume right down while playing.

Troll and I is a game you should absolutely avoid. It is the worst game I have played on the Nintendo Switch, and possibly one of the worst games I have ever played. From crashes that force close the game, to a frame rate that is all over the place; everything about this game is clunky, and it really does feel like a game from the turn of this millennium. If I could say one positive thing about Troll and I, it is that playing this will make you truly appreciate the droves of better games that are already available!

Possibly the worst game to grace the Nintendo Switch, Troll and I really is something that you will want to stay away from. If you are daft enough to spend full price on this, then I simply have no sympathy for you. It’s a shame, as the premise could have made for fun – if everything else in this game wasn’t so god damned awful!