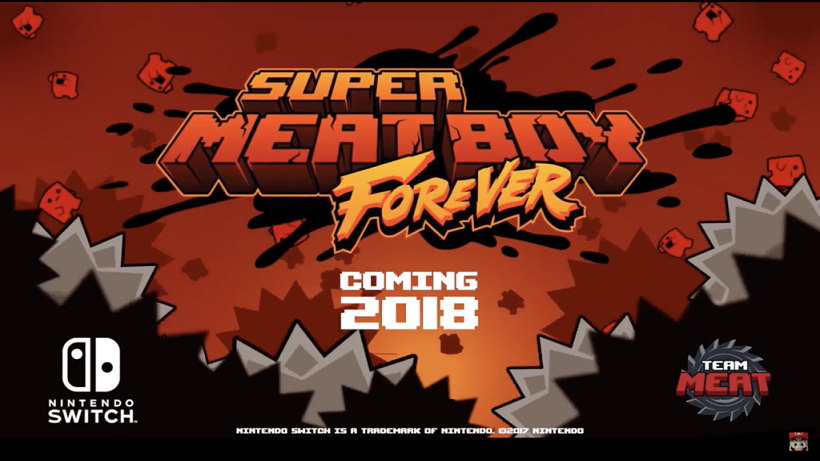 Nintendo’s Nindie Showcase revealed today that Super Meat Boy Forever, the sequel to the cult classic Super Meat Boy, will be launching on the Nintendo Switch in 2018.

A trailer for the game revealed that Meat Boy and Bandage Girl have had a child (called Nugget) who Dr. Fetus kidnaps – meaning you set out to rescue your little bundle of beef. Another new addition is that Meat Boy appears to have a new move up his sleeve with the ability to punch! Check out the trailer below to see this in action;

Originally announced as a mobile game before going off the radar for a while, Super Meat Boy Forever gets its name from the fact that each level can be replayed endlessly – getting harder each time. If that isn’t enough punishment for you, there will also be Daily Challenges in the game, meaning you can duke it out with friends to see who has the skills to master this notoriously brutal game.

If 2018 still feels like some way off and you are anxious to play Super Meat Boy on your Switch then fret not! Shortly after the Nindie Showcase, Team Meat revealed on Twitter that the original Super Meat Boy is likely to launch on the Switch before the end of 2017!