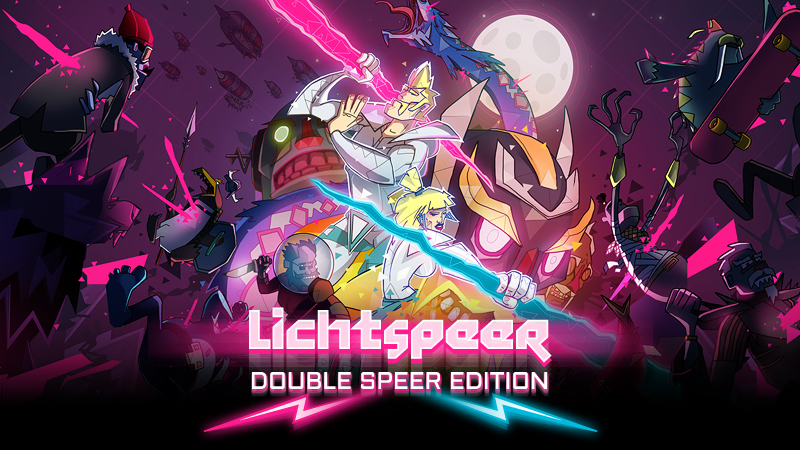 Double Speer edition confirmed for Switch and releases next week!

Polish developer Crunching Koalas have been in touch to tell us that Lichtspeer: Double Speer Edition will be arriving on the Switch e-shop next week!

This “laser-fueled” action game with an “exquisite” and cosmic soundtrack comes to our favourite hybrid system with an all-new save system, major tweaks to the original difficulty level and boasts a new co-op mode, that allows man and dog to fight “hand-in-paw” against hordes of beasts from another dimension.

If you’ve never heard of Lichtspeer, its a title set in an “ancient Germanic Future”, a world filled with Hipster Ice Giants and Wurst Zombies(?) where you need to fight to appease the almighty gods. Whilst showing off your lichtmeister skills you’ll decapitate your enemies with headshots, execute special attacks, and generate “zuper” massive combos to improve your score and impress your friends – whilst raving to a “bombastich” space-soundtrack – ranging from electro-space marches to vibrating sounds of “technocumbia”.

This time, though, players drained by tremendous duels can call for help and summon Lichtmeister’s best friend -das Wunder Hund! He knows how to fight hand-in-paw, he can drop-in to kick some butts, and drop-out when he’s not necessary.

Features you can expect to see in-game include:

Lightspeer: Double Speer Edition is out next week. Will you be throwing anything its way?