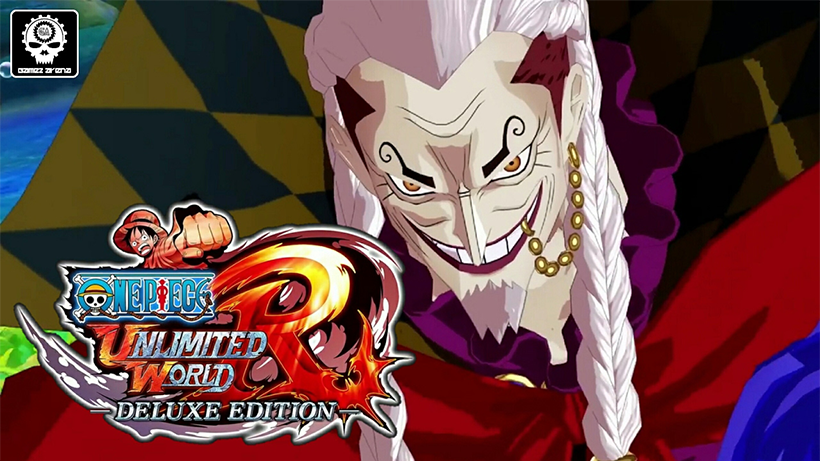 One Piece: Unlimited World Red Deluxe is a mixture of ideas and game mechanics, attempting to elevate what would normally be a bland brawler into something more. During the game you control Luffy and his pirate crew and fight through various worlds and beat up other pirates, what more can you ask for?

The story is not particularly newcomer friendly, if you’re not familiar with the manga or anime then buckle up because characters are thrown at you at a relentless pace and barely any of them are explained. You’re able to get to grips with the main characters soon enough but I can’t help but feel like I missed out on some fan service present by not following the One Piece anime or manga. The story itself is fun enough but serves more as a reason to go to different locales and beat some fools up, don’t expect a riveting tale but it’s more than serviceable for the sake of this game. 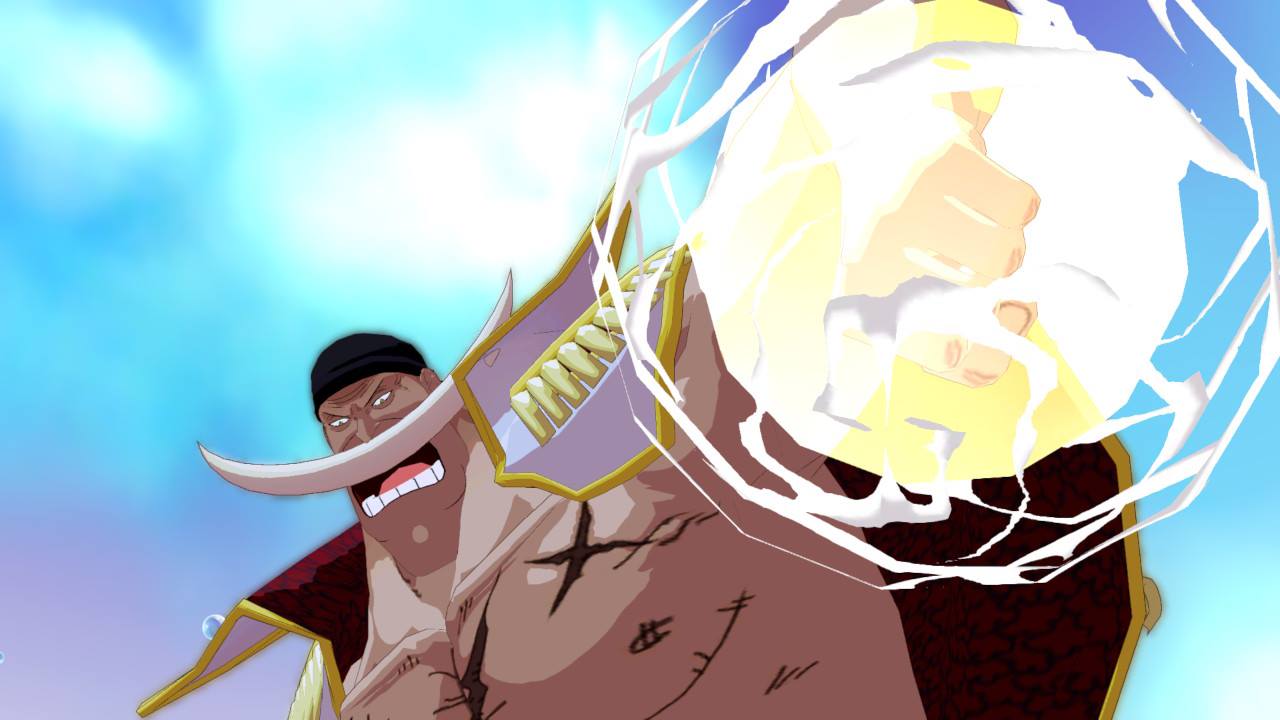 Gameplay wise the game is a mash-up of various ideas. On the one hand, the majority of gameplay is a simple action game affair, you’ll be mashing buttons to perform combos and occasionally use the odd super move to deal more damage. Unfortunately, this combat is as shallow as it sounds, rarely if ever are you required to perform complex combos and 90% of the time you’ll be fine just mashing the Y button to cut down the groups of enemies in front of you. The game allows you to choose from several different characters each with their own move-sets, credit where credit is due the move-sets for each character are pretty distinct and each character as such will have their own play style associated with them. Characters such as Zoro are more melee focused and are better suited to getting up close and personal, someone like Usopp, however, is a ranged combatant and is better at picking off enemies from afar. Going into each area you can pick 3 characters so understanding the moves of each character can help optimise your team for any of the tricky fights the game throws your way. 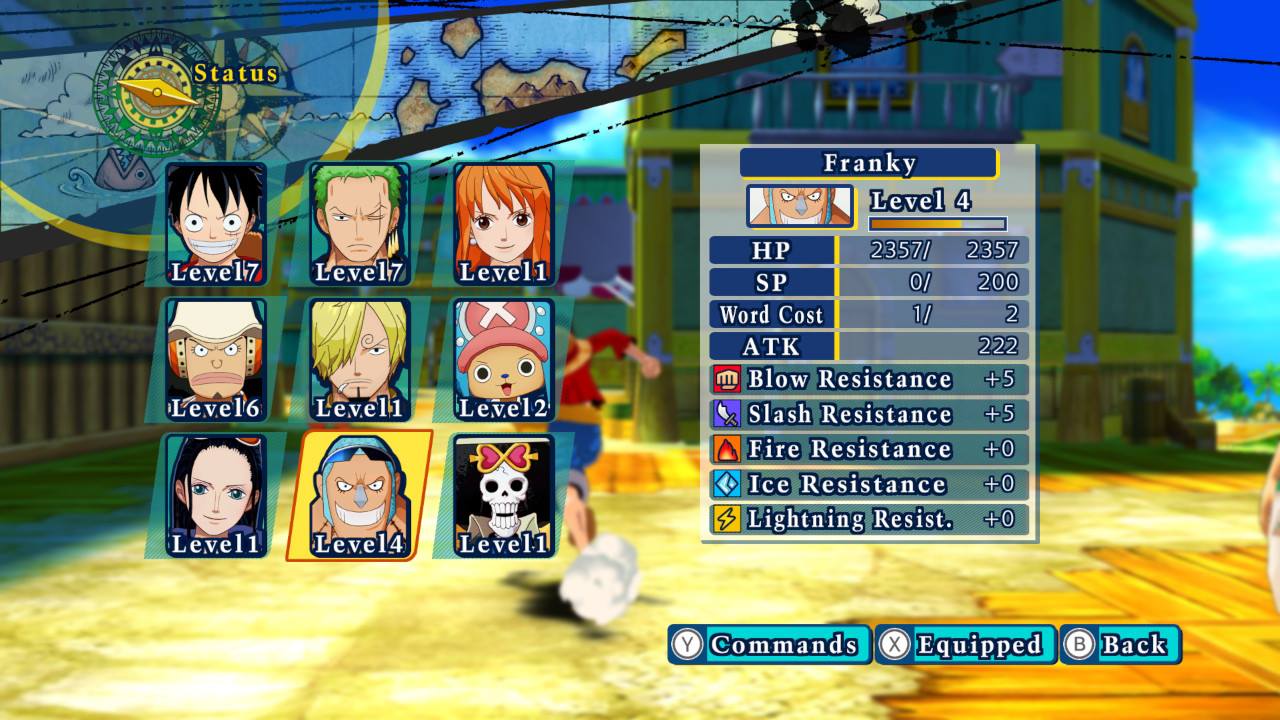 Outside of the combat though, One Piece attempts to incorporate some more traditional RPG elements in an attempt to make the game feel less shallow. All the characters level up individually to increase their stats, in addition to this, you can equip characters with various ‘words’ to alter their stats or give them various buffs. Alas it never really feels necessary to delve into this part of the game, since the combat is already so shallow, the optimisations feel superfluous but they’re there if you want to dive in and make life a little easier. In addition to the stats and levels, you can always count on side quests making an appearance. The side quests on offer here are a simple affair, don’t expect sprawling storylines but they’re a distraction that allow you to try out other characters and can be a nice little break from the main story. Whilst the game itself will take roughly 10 hours to beat, the repetitive gameplay can make this feel like a bit of a slog, if however, the gameplay does tickle your fancy then there’s plenty of extra content which can easily double that play time.

In between battles you’ll be able to roam around the hometown, here you can buy supplies and take on quests. You’ll also be tasked with collecting supplies during levels in order to help rebuild various parts of the town. For example, you’ll initially be tasked with rebuilding the pharmacy, collect the necessary materials and you’ll have access to medical supplies which will come in handy later in the game. There’s plenty of buildings to upgrade and it can be helpful to go out of your way to get the materials, sometimes this will feel like a chore other times it can be a welcome break from the main missions, it’ll be a love it or hate it exercise. 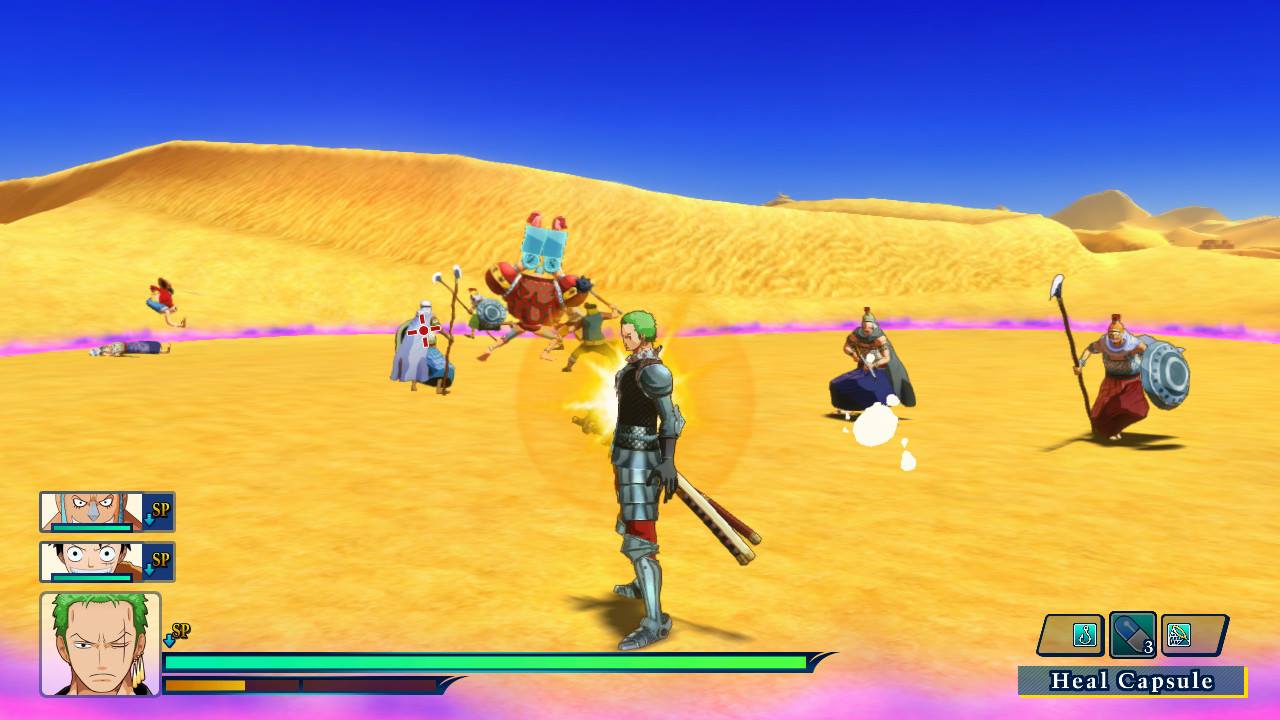 On a more positive note, the art style is stunning, the vibrant world of One Piece is really well realised on the Switch, with so many colourful characters and interesting worlds the game has one of the better looking art styles out there right now. The core characters and bosses really stand out with excellent designs, however the great designs start to fall a little flat and feel more generic when it comes to your everyday enemy, but as minions whose only purpose is to stand around looking busy as you kill them, they do the job. On the big screen the character models start to look a little less detailed and the art suffers for it but in handheld the game really shines and looks wonderful.

One Piece: Unlimited World Red attempts to elevate itself beyond a simple brawler by mixing in a healthy amount of RPG. Unfortunately , he shallow combat holds the game back too much for this to work in a compelling way. The game can be a fun jaunt through the world of One Piece but it’s hard to recommend this game on that alone, it’s by no means a bad game but it is relatively shallow and repetitive.

One Piece: Unlimited World Red tries to be more than just a licensed brawler but unfortunately the RPG elements are lacklustre and can’t help elevate the shallow core gameplay. Fans of One Piece might be able to find joy in the story present here and there’s plenty of content to dig into for those having a good time but it’s difficult to recommend this average game to everyone.