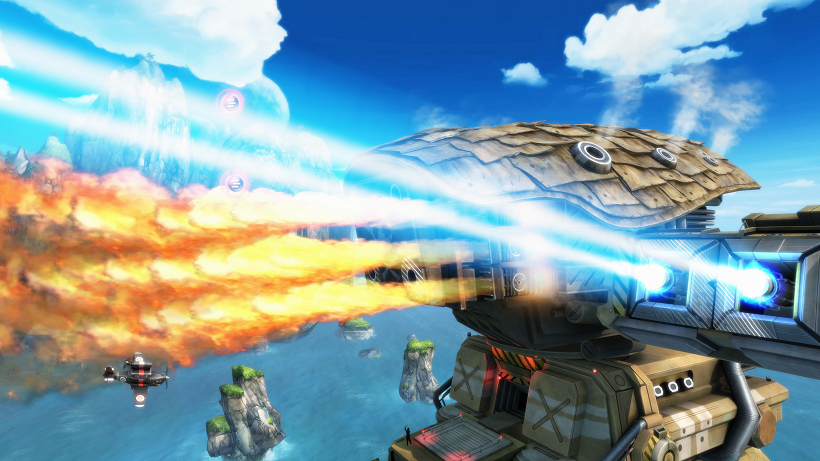 The side-scrolling shooter shoot em’ up (shmup) is one of the oldest video game genres and just by the virtue of its continued presence today demonstrates the versatility and longevity that it provides for players. Sine Mora Ex might not rewrite the core genre mechanics, but it sure knows how to contribute to them.

Sine Mora Ex isn’t just a port for the Switch, as it represents a slightly updated version over the original, the additional modes are minimal, but it is the introduction of a “normal” difficulty mode that makes all the difference. Schmups perfectly epitomise the notion of easy to grasp but difficult to master, meaning that players unfamiliar with the genre can quickly find themselves overwhelmed. Sine Mora Ex still adheres to this, but by giving players the option of an easier setting for the Story Mode makes it far more accessible and provides a more gradual learning curve as well as the satisfaction of seeing the story through to completion. Although the Story Mode isn’t particularly long, taking around one to two hours depending on how many times you die and repeat sections. 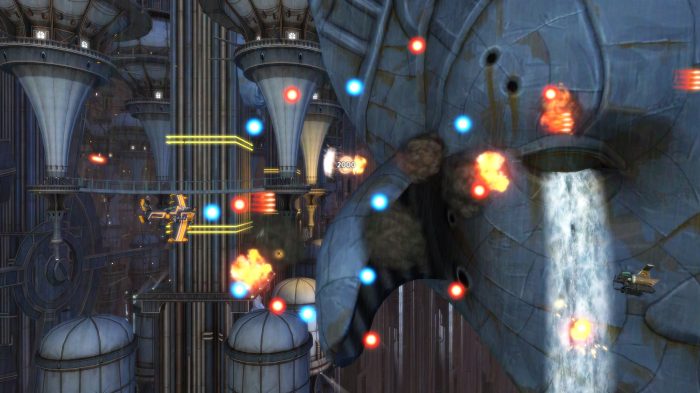 Shumps are all about destroying as many enemies that come onto the screen as possible, but Sine Mora also has a “bullet hell” quality to it, meaning that avoiding projectiles would appear to be an equally crucial element to consider. But here is where Sine Mora’s unique mechanic comes in, instead of a static health bar that only depletes when you are hit, you have a constantly decreasing time limit that represents your health. When this runs out, you lose a token (each playthrough starts with eight on normal and five on challenging) and start from the previous checkpoint. However, you regain time whenever you defeat an enemy as well as through time pick-ups. The other time-based mechanic is the capsule system which can be used to slow down time making it easier to dodge projectiles as you target enemies. A consequence of this setup is that the game encourages you to be aggressive in how you play, otherwise you are literally wasting time and your life. 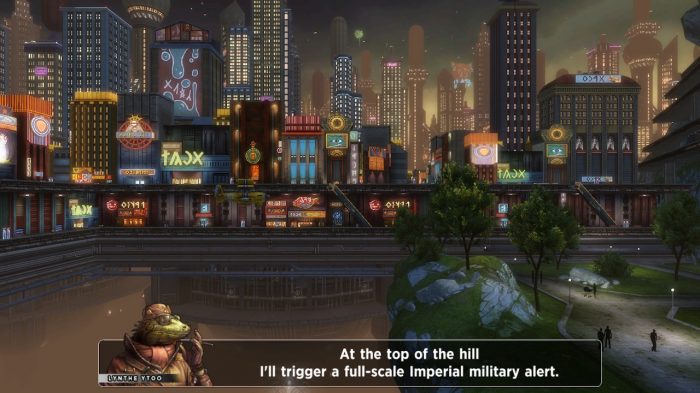 The narrative of the game has ties to the use of time, making it more than just a gameplay gimmick. Sine Mora is Latin and translates into English as “without delay” which perfectly describes how you should approach the game, but it also gives some insight into the story. Sine Mora revolves around exacting revenge on the totalitarian Layil Empire, but from the perspective of two different time periods. This sees you visiting the same areas twice, but in vastly different states, so much so that at first, you don’t immediately recognise them. Being part developed by Grasshopper Manufacture, it’s no surprise that aspects of the story are not straightforward, and at times take some dark turns. For a shmup, the narrative is surprisingly engaging and contributes to the overall experience. 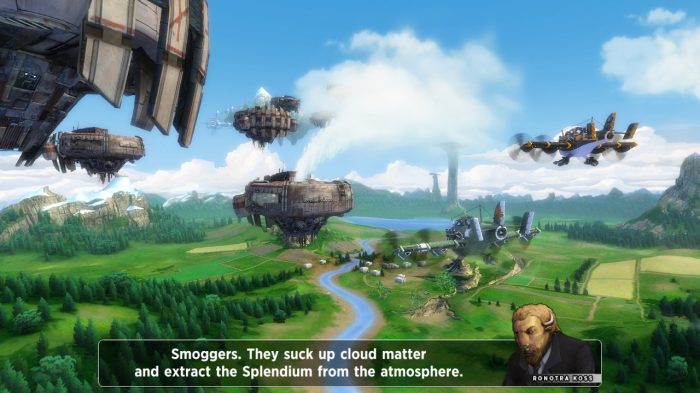 There is a range of stunning locations that appear in Sine Mora, from breath-taking green vistas to Blade Runner-esque cityscapes. These are accompanied by the superb designs of the various planes, both the ones you control and of those you’ll be shooting down, all of which have a Studio Ghibli feel to them, but with a look that both feels nostalgic and futuristic; fitting given the time-shifting aspect of the narrative. Then there are the many bosses that you’ll encounter, which aside from offering the main challenge of the game, provide the greatest demonstration of the game’s creativity. Each one is a graphical delight that you look forward to meeting and subsequently dismantling.

Sine Mora Ex provides a forgiving entry point for those wanting to get into shmup’s, but also has plenty of challenges waiting for you when you’re ready. The game is a visual treat on the Switch and has some of the narrative hallmarks one would expect from a Grasshopper Manufacture game. There might not be a considerable amount of depth, but you won’t feel like you’ve wasted your time, the only time you’ll be losing is to the time travel machinations of Sine Mora.