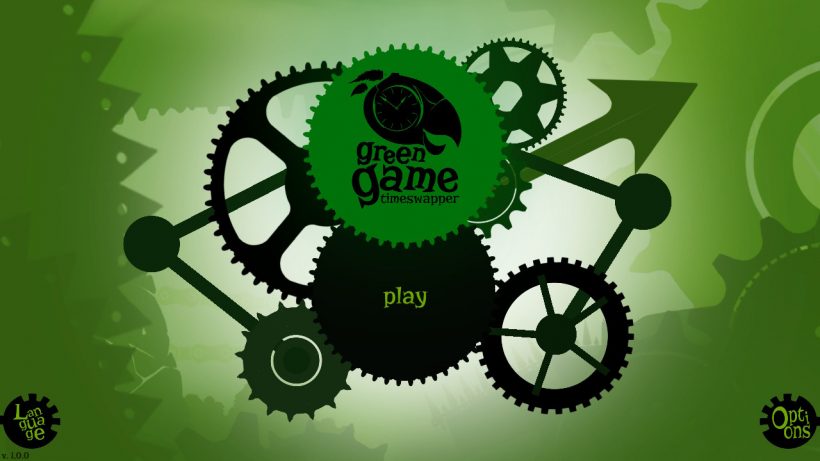 Yet another mobile port has made it into the Switch’s eShop library, but is this cheap title worth your time?

Green Game sees you guide a mechanical bird through a green mechanical world. That’s about it. An opening cutscene plays, depicting a human pulling some levers that plunge the little bird through traps – an accurate foreshadowing of how the game plays out. If you were to only play the game, that’s all that you would know about the premise, but reading the eShop description will inform you that the purpose of all this is to collect knowledge about a mysterious green world.

The bird is constantly moving forward, and the only way to change it’s direction is with steam dispensing devices. When active, they’ll push the bird in the direction they’re facing. The level designs look simple enough that you should easily be able to navigate through each one, but you’re plagued by bad controls that punish you for even the slightest mistake. Add to that the fact there are 3 collectable gears in each stage that require a much harder route and you’ve got one chore of a game. The gaming masochist in me didn’t mind this for the most part, and when I finally finished a stage it was immensely relieving and satisfying. However, due to the dodgy controls it always felt like more of a fluke than a demonstration of actual skill. 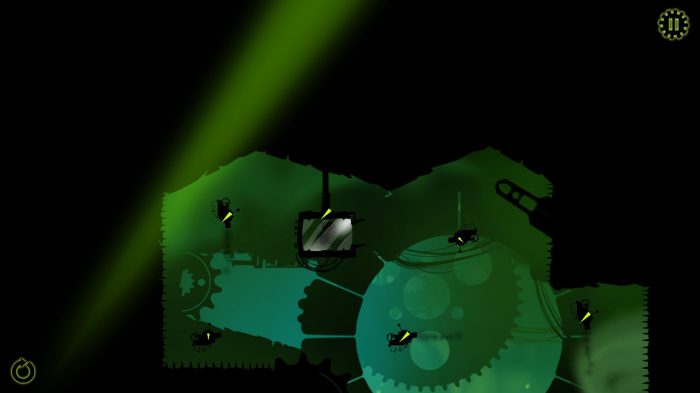 We’ve established there isn’t a gripping narrative, and that’s nothing to be surprised about giving the minimalist silhouette style of the world. What’s disappointing though is how underwhelming the time control mechanic is. If the promise of being able to set time to the past, present or future gave you vibes of games like Braid, then it will disappoint you that controlling time in this game equates to pulling a lever to (de)activate traps and gas dispensers. The overshadowing green line across the screen indicates what ‘timeframe’ you’re in. Although not explicitly stated in the game, the green lines on objects are indicators for which timeframe they’ll be active. So all you’re doing if flipping switches to turn things on, hardly making you a ‘master of time’.

The reason I didn’t justify the bad controls earlier is because they’re linked to a wider issue – being a touchscreen (and therefore handheld) only game. This wouldn’t matter if the gameplay centralised it like the rhythm game Deemo, but all that you have to do is swipe horizontally to change timeframe, and it still manages to be inconsistent and annoying to use. Assigning this to holding a button/control stick down or even gyro controls would be more intuitive than what is on offer, and it would even allow docked play. 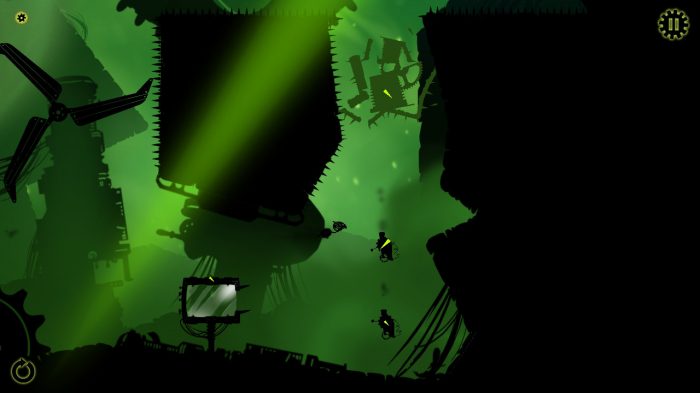 What initially piqued my interest for Green Game was the time swapping mechanic. But it really just does not deliver, unless you count it’s awesome soul jazz soundtrack –  that’s one thing it doesn’t mislead you on! Even then, it’s the same few tracks interchanged between each level, which is another demonstration of its shortcomings. This all might sound a bit harsh for a very cheap game of mobile origin, but since the game already has foundations built on tedious gameplay, I can’t see Green Game being appealing to anyone in any capacity.

Green Game is a let down with its badly implemented ‘time’ mechanic. Conceptually interesting on paper, but it just doesn’t deliver on its promises. But if you desire counter-intuitive touchscreen controls and really want to punish yourself, you may as well do it with some catchy jazz.