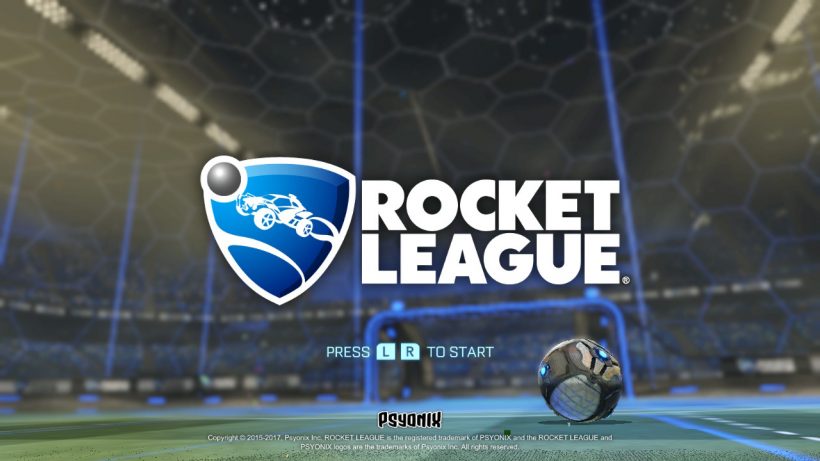 Rocket in your pocket.

When the party nature potential of the Nintendo Switch became obviously apparent, there was a list of games that I really wanted to come to the device. Rocket League was one of those that featured high up.

There’s a very good reason for that: Rocket League is all about fun, and is unashamedly so. In its basic guise you control a rocket-propelled RC car as you drive, boost, jump and flail around a pitch-styled arena while attempting to maneuver an over-sized – and explosive – football into the opposition goal. 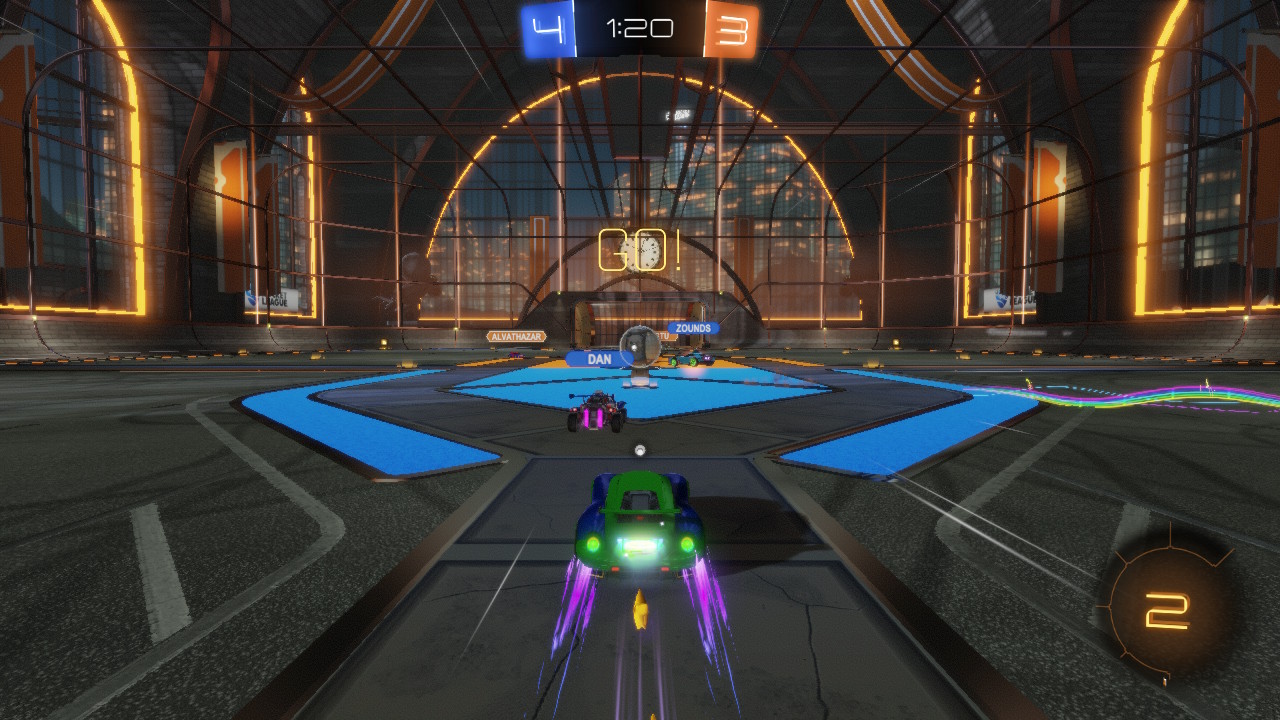 It’s a game that, on the surface, seems so incredibly simple yet the premise belies the powerful physics engine in play. It may essentially be a game of football, but this is all about the ball and how it moves, and how you react to its movement. There’s a knack to being in the right place at the right time, which will come through mastery of the games’ intuitive controls. Or, in my case, won’t. I have fun anyway…

The default mode in Rocket League and the one most people play is SOCCAR, an obvious abbreviation of Football and Cars. Two teams face off, with 3×3 being the “standard” option you’ll encounter but you can have 4 against 4, less or even customise numbers to have a handicap. Like football, you have a kick-off and then it’s over to the teams. Score more than the opposition within the time limit and you win; if you are level when the timer expires its Overtime; sudden death – next goal wins. It’s relatively simple to pick up, initially. Your little car accelerates with ZR and brakes with ZL, and you have a turbo-boost (topped up with Boost Pads) which is unleashed with A. Jumping is accessed with B and you can also double-jump. Y will execute a handbrake turn and the X will toggle between your default view (behind your car) or a ball-cam. Driving, and more specifically jumping in conjunction with the left stick will cause your car to flip, twist and wiggle (or even soar) and it’s these movements that will affect the path of the ball when you strike it: simply driving into it isn’t usually going to help you score. 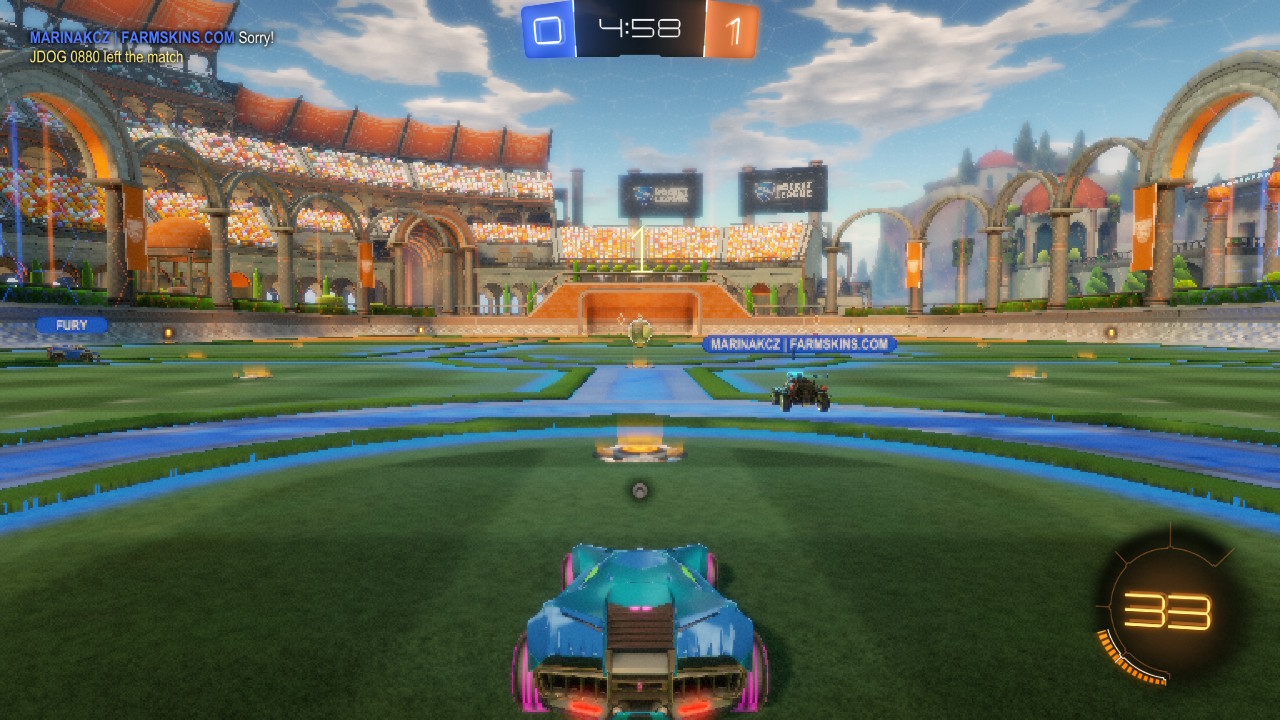 As you can probably gather, this is predominantly a team-based experience and is infinitely more fun when others are with you. Online play is present (and fabulous) and there you can play with your friends, through a simple and easily accessed invite system. Just press the + button. Take that EA: here’s one arcade football game you can play online with your friends! You can also play Rocket League online with XBOX One/PC owning folks too with the power of cross-system play. Unfortunately not against your PlayStation buddies, though. Boo Sony!

Soccar isn’t the only mode that you can play in, however. Rocket League has been incredibly well supported since the original PlayStation 4/PC release and now there are takes on other games too. In addition to Rumble – which brings power-up craziness into the Soccar mode – you also have Hoops, Snow Day and Dropshot. Hoops is Rocket League’s take on Basketball with baskets to aim at instead of goals, and Snow Day is Ice Hockey, with frozen-styled arenas and a giant puck. Dropshot is completely different, with no goals. Instead, you are tasked with causing destruction to the hexagonal tiles beneath you through manipulating the ball, causing more destruction as the match goes on. Hitting the same panel twice will then reveal a “goal” of sorts, from which you can then score by maneuvering the ball through it. All of these modes add something different to the standard experience. 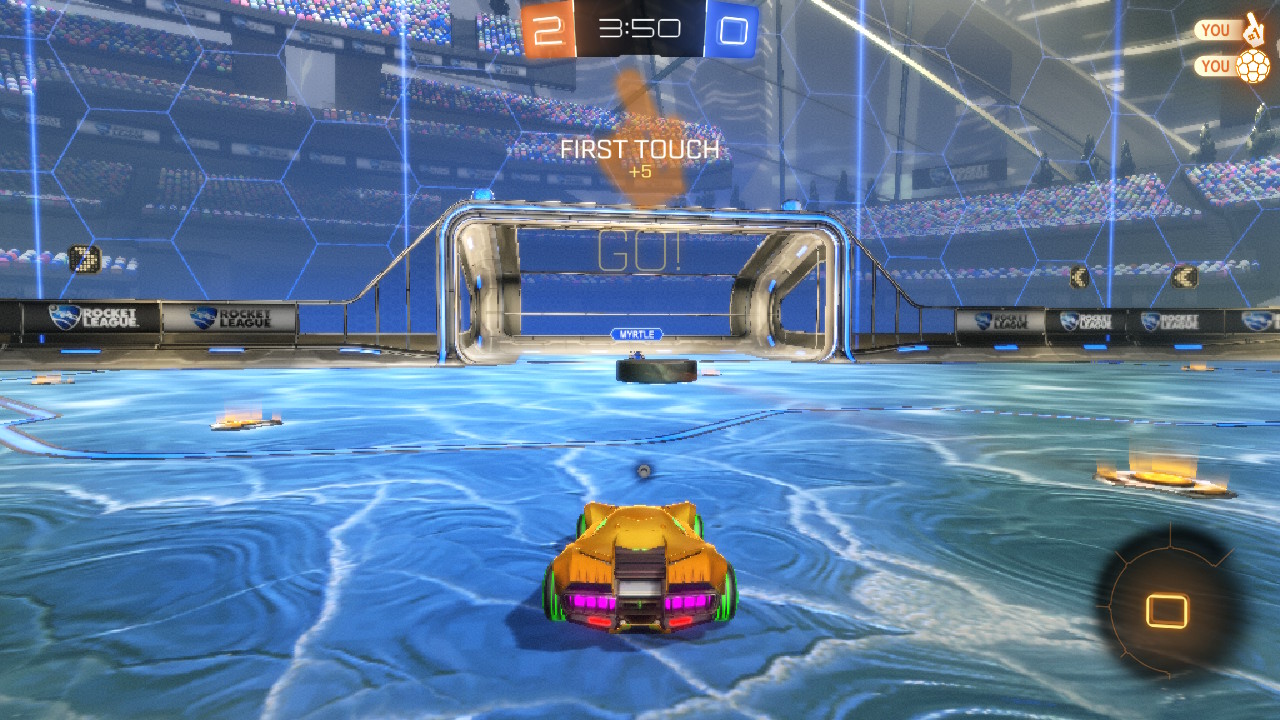 Panic Button, the team behind the excellent Doom port were also tasked with bringing Psyonix’s baby to our favourite hybrid console and it’s fair to say they’ve done another banging job. It’s taken a bit of a visual hit to squeeze it onto the console, that compromise off-set by maintaining a 60FPS frame rate versus a 720P docket aspect ratio. It takes a bigger hit in handheld mode with a more “dynamic” resolution and whilst some stages appear more jagged in appearance than others (and screenshots really do overstate the effect) for the most part you won’t notice. Because you’ll be tearing all over the show trying to score or save certain goals, and your immediate viewpoint and surroundings are more than acceptable, at least in this writer’s view.

There’s a level of customization which runs deep within Rocket League. You can tailor the look of your car, from its chassis, wheels, antenna and the exhaust trail it exudes when boost – and this Switch port also has a Nintendo flavor with Mario/Luigi cars (with the standard jump noise) and a star trail as well as Samus Aran’s gunship unlocking at a later point. You get new customisations after every match, and although cosmetic – none of this paid advantage nonsense here) really allows you to stamp your personality onto proceedings. There is an option where you can pay for crates to unlock some rarer stuff if that’s your bag; it’s a contentious issue within gaming these days but none of it will give you anyone an advantage. Also customisable are the rules, through the use of Mutators. In these, you can affect a variety of settings, tailoring Rocket League to how YOU want it. Want to change the size of the ball? Gravity? Speed? Whatever your preference you can set it here or select from the presets. 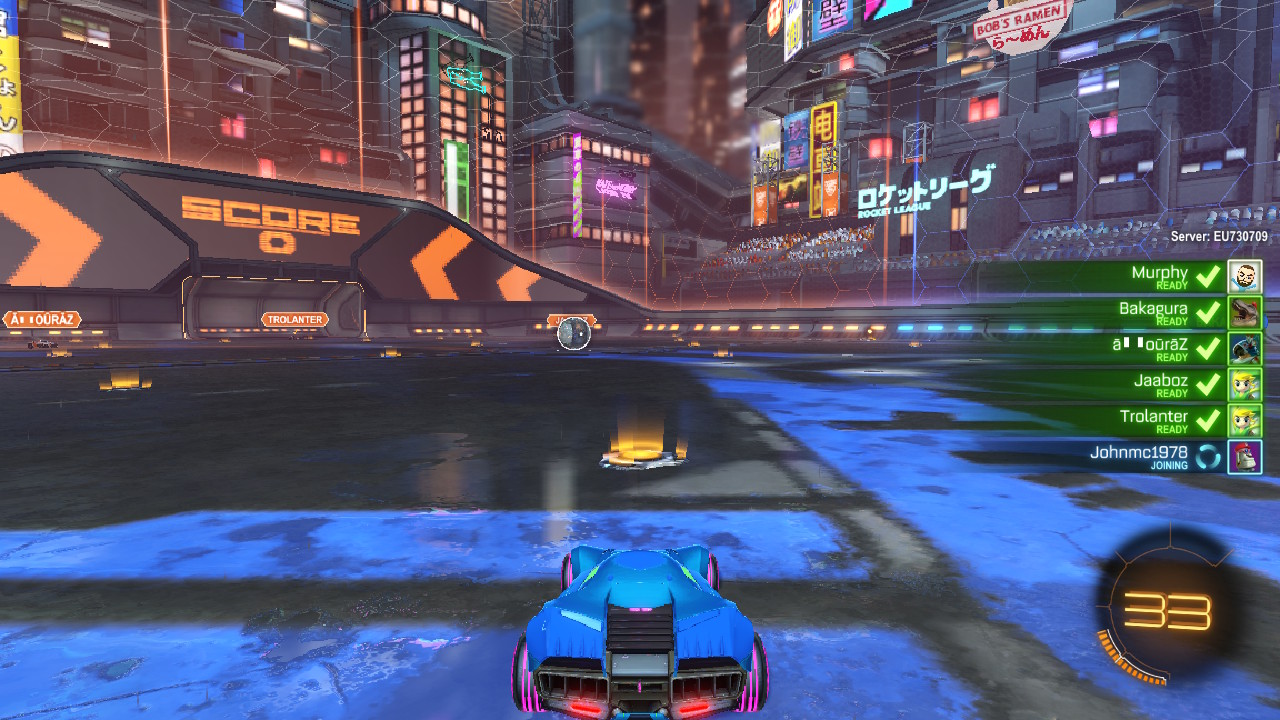 If you are looking for negatives then there are a few niggles, but they are trivial. The aforementioned visual compromises may be a bit much for some and the game does not come packaged with any of the previously released DLC, unlike the XBOX One version which was a bit disappointing. It’s all there to buy, but it’s a bit of a bitter pill to swallow when you know another console got a better deal. The recent update to the Switch which allows video capture in certain games has not been adopted here and there’s no confirmation that it’s going to happen anytime soon. Which is a shame because if any game is primed for that feature, it’s this one.

These are, however, the only negatives to what is otherwise a fabulous experience. If you like sport – specifically football – and racing, multiplayer gaming and fun then this is absolutely the experience for you. It’s the best £15 you’ll spend on your Switch.

It’s Rocket League, and it’s incredibly entertaining. Static screens do not do this game justice; yes it’s a little rough visually but you will hardly notice because you will be having so much fun. It’s brilliant. If you love fun, football and/or racing you’ll love this.