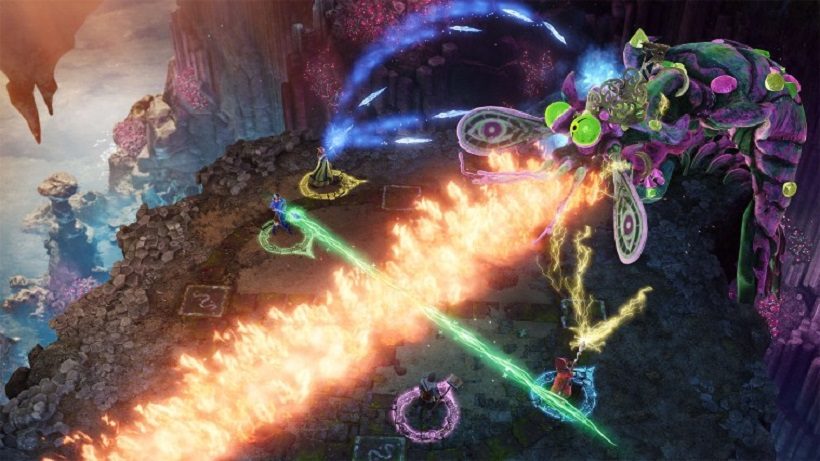 A demo for Frozenbyte’s upcoming Switch title Nine Parchments has been released on the Nintendo eShop today.

Supporting up to four players in local co-op, the demo features three levels; the Astral Academy tutorial, a beach level and a boss fight against the mammoth Treasure Mantis.

The game’s description from Nintendo’s website is as follows;

A group of runaway wizard apprentices decide to skip their training to search for the lost Nine Parchments – a powerful collection of spells. As the wannabe wizards rapidly discover powerful new magic and ignore all safety aspects, it’s natural that their hasty progress results in lots of deadly accidents…

The full game is set to release on the eShop on December 5th, so why not download the demo and try Nine Parchments and see if it is something you will want to buy?

While the demo downloads, check out a trailer for the game that has been released as part of the demo announcement below;