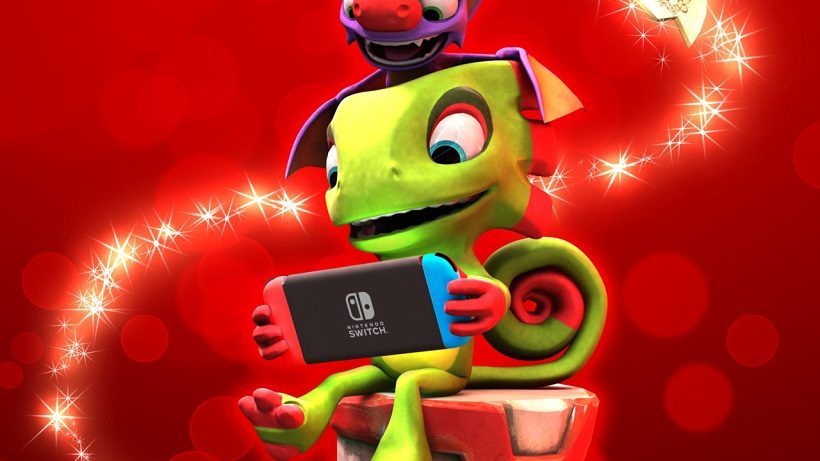 Play with Trousersnake on the go

We’ve known about Playtonic’s nostalgic collectathon throwback, Yooka-Laylee, coming to the Switch for a while now, but back in September, the developers revealed they were struggling with the Unity engine they were using. Yooka-Laylee has taken some time to come to a Nintendo system, with an originally planned Wii U version officially cancelled once the Switch was formally revealed.

Thankfully Playtonic has now confirmed that the Switch version is ready and is coming to the Switch on 14th December. Presumably, they were able to overcome the technical difficulties they had in Unity that was affecting the process of bringing the game to Nintendo’s hybrid system. In an interview with Nintendolife, Playtonic refers to receiving “great support from Unity and Nintendo – and folks at Team 17 [the publisher for Yooka-Laylee]” who helped with aspects involving the Unity engine as they personally handled development for the Switch version.

Unsurprisingly Yooka-Laylee will be running at a lower resolution than other versions of the game, 900p docked and 600p handheld, but that does not mean it is a vastly inferior version. For starters, the game benefits from many of the updates the other versions of the game have received since launch, such as a new camera mode, control improvements, menu options, music, etc. That’s in addition to new Switch additions like single-Joy-Con support for the eight multiplayer games, hybrid functionality, and Switch optimisation for a smoother experience. Hopefully, with less graphical demands, there will be fewer framerate issues that have been apparent in other versions of the game.

In their interview, Playtonic went on to refer to the Switch version as being “the most optimised version of game” and that their priority “was to deliver a smooth experience for players”. This resulted in the graphical compromises, but due to what they describe as the Switch’s “excellent screen” players are unlikely to notice much of a difference.

For now, the Switch is only receiving a digital release, but the previous versions have received physical releases, and other Team 17 published Switch games are receiving physical releases in 2018. Therefore, it is certainly a possibility in the future and one that Playtonic has not ruled out.

Starting from 7th December you’ll be able to pre-order Yooka-Laylee from the Nintendo eShop before it goes live on 14th December. In the meantime, you can watch the launch teaser below, let us know in the comments if you plan on getting this version and whether or not you’ve been holding off waiting for the Switch version.