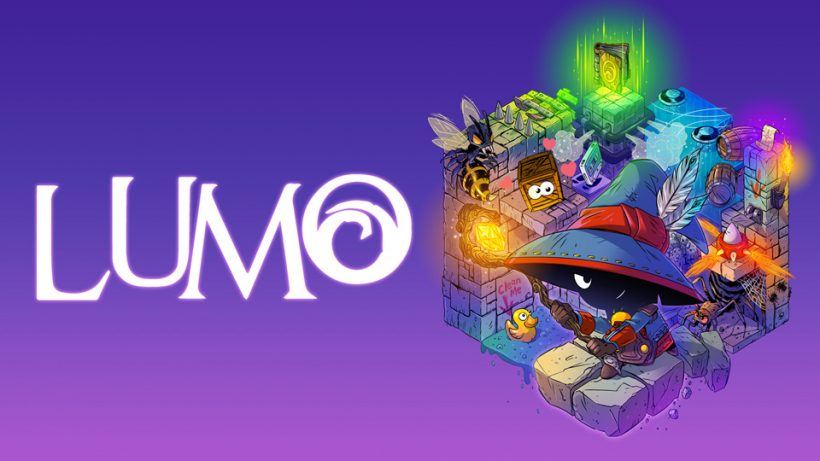 Developed by lone creator Gareth Noyce under the delightfully named studio ‘Triple Eh?’, Lumo is an isometric platformer harking back to retro classics such as Head Over Heels and Alien 8, resurrecting a genre that many thought long dead. Revitalised with modern controls and a generous save system, it’s a game that celebrates the past without being bogged down by it.

You play as a young boy or girl who – upon arriving at a cute little gamer gathering –  gets sucked into a video game system, transforming the protagonist into a charming little wizard (think of a miniature Gandalf without the beard or, perhaps more fittingly, Vivi from Final Fantasy IX). From here on out, you’ll be navigating hundreds of bite-sized rooms, collecting keys and various other items in order to progress through the game. It’s a simplistic premise, but the game executes it with grace, providing a comfortable learning curve for new players and some utterly baffling puzzles for veteran gamers.

Nearly every room in Lumo contains either an object you must obtain or a puzzle to overcome. Little direction is provided to you other than subtle visual cues on how to proceed and it’s entirely down to you to use your noggin to figure out what to do. This is where the game shines brightest, and it can be immensely rewarding when you finally manage to crack a particularly perplexing puzzle. 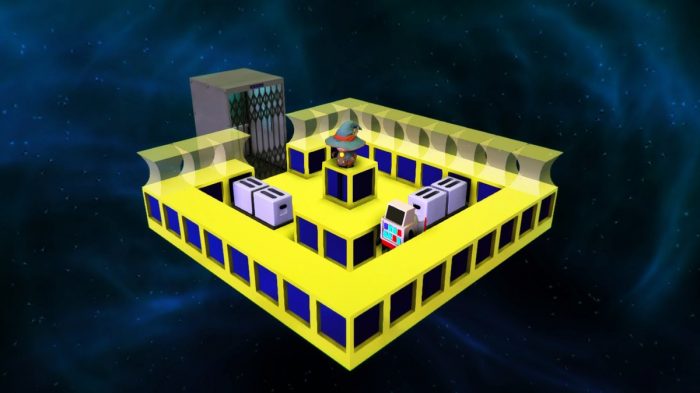 It never felt too difficult though. Lumo does a superb job of throwing whatever it can at you without ever feeling overwhelming. You’ll likely die a lot in this game – mostly from falling into deadly goo, but thanks to the frequent save system, you’ll be popped right back onto the ledge from which you fell. On the other hand, though, should you choose to play through the game in ‘Old School’ mode, you’ll be limited to just three lives and no save system. Only those with an exceeding amount of confidence should attempt this mode, as death can easily come simply through trial and error.

Sadly, the game occasionally falls flat thanks in part to its entire premise. The isometric view frequently threw me off guard, making me misjudge even the most simplistic of jumps. The game allows you to slightly rotate the stages to get a better view of the platforms and puzzles, but it still felt needlessly frustrating when even some of the earlier puzzles would take much much longer than necessary to overcome. Still, this issue is not prevalent enough to dampen the experience too much, and most players should eventually triumph over this obstacle. 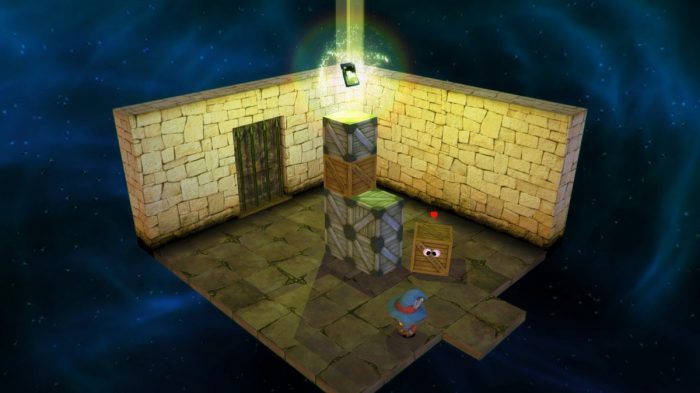 Visually, Lumo is fairly basic in design but boasts some lovely bold colours and impressive lightning effects. There’s clearly a significant amount of polish applied to the game – everything runs wonderfully smooth with virtually no bugs or glitches to spoil the experience. It’s also elevated by a brilliant soundtrack well suited to the setting and genre.

If you’re in the market for a puzzle platform game, Lumo will suit your needs to a tee. It’s an adorable, well-designed game with a gentle difficulty curve for new players, but also boasts some truly treacherous puzzles to test the mettle of older players. The perspective may cause a few niggling issues initially, but this is a game well worth a spot in your Switch library.

Lumo is a wonderful little platformer that celebrates its heritage without relying on it too much. Players of any ability will find plenty to enjoy here, and slight issues with the perspective does little to diminish such a charming, engaging experience.