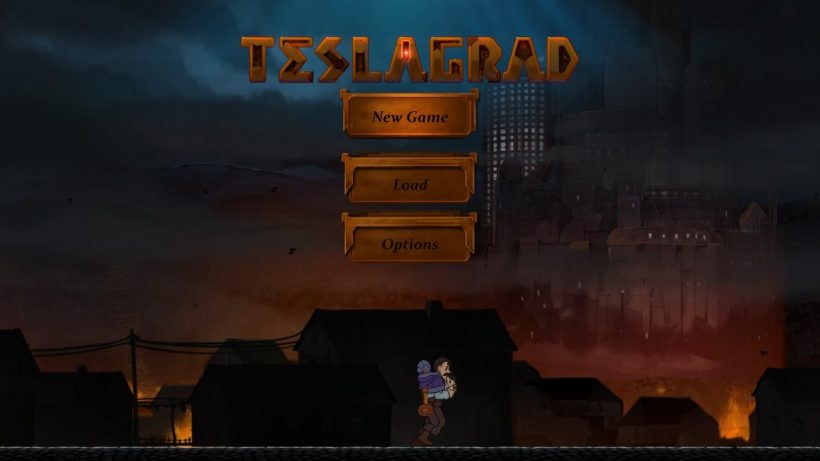 Since its release, the Switch has become the ‘go-to’ console for indie ports, with developers worldwide scrambling to get their games on Nintendo’s new console. A lot of these ports have been great – some the best of their kind – and a few are best off leaving in a dark, dusty corner of the eShop. Thankfully, Teslagrad is a port well worth looking into, showcasing a game with gorgeous visuals and an intriguing premise for both newcomers and returning players.

Following in the same vein of similar indie platformers, there’s very little context given at the beginning of your adventure – during a stormy night, you play as a young orphaned boy who finds himself leaping over rooftops in a desperate attempt to escape the kingdom’s guards. Eventually, you find yourself in a vast castle riddled with secrets, puzzles and monstrous bosses with no dialogue to provide comfort in your journey. It’s a vague, mysterious game, but I nevertheless found myself hooked within minutes thanks to its superb pacing. 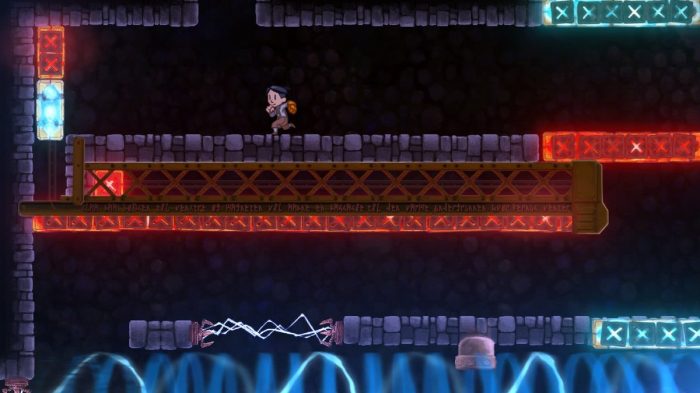 Loosely following a traditional ‘metroidvania’ structure, Teslagrad is less about mowing down enemies and more about using your wits to overcome a multitude of various puzzles as you navigate the steampunk environments. Early on, you’re gifted a glove that allows you to alter the magnetic charge of objects and platforms. This is paramount in solving puzzles and progressing through the game – red blocks will be magnetically attracted to blue blocks  (and vice versa) whereas blocks of the same colour will repel from each other. The concept can initially be a bit confusing at first, but eventually becomes second nature.

You’ll also face a number of bosses along your journey. These are basically puzzles in themselves, but mostly seem at odds with the rest of the game. Much of the time, Teslagrad is an exercise in patience and logic, with little in the way of actual threat to your little protagonist. During boss battles however, you can expect to die multiple times thanks to the fact that one hit can kill you instantly. It’s frustrating because the bosses aren’t difficult, as such, but the slightest mistake can set you back more often than necessary. 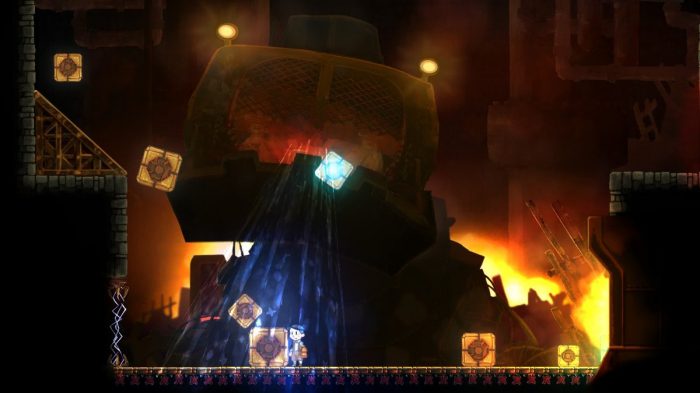 Visually, Teslagrad looks lovely. The characters and environments are mostly hand drawn, and really help to convey the story and mood of the game without the need for words or spoken dialogue. Light pierces through stain glassed windows, rain drenches the cobbled streets and lava fills the screen with its glowing heat. If you’re like me, you’ll be taking screenshot after screenshot throughout your time with this game – it’s beautiful.

Along with the often frustrating boss battles, my main concern with the game lies in its overall length. The average player will no doubt breeze through the game in just a few hours, but thankfully there are some collectables in the form of scrolls to extend the length significantly. These scrolls also shed more light on the game’s story, which should please folks who enjoy a good narrative.

Teslagrad is a confident puzzle-platformer with some truly smart mechanics serving as its foundation, resulting in a game of impressive quality. It’s a little on the short side, but thanks to its timeless graphics and haunting soundtrack, it is nevertheless a journey well worth taking.

Teslagrad is another great addition to the Switch’s eShop library. It may be a difficult sell for folks who have already experienced it over the past few years, but with some truly clever puzzles and gorgeous visuals, newcomers are in for a treat.