When Snipperclips – Cut it Out, Together! launched in conjunction with the Switch itself back in March, it perfectly demonstrated how easily the system could bring together friends with its focus on fun, quirky cooperative multiplayer mayhem (although I’d be willing to bet it was also the catalyst for a number of arguments!). Its premise was simple enough for even the most casual gamer – in the main chunk of the game, you and a buddy control Snip and Clip, two adorable paper characters with a distinct ability to cut each other to almost whatever shape they desire. You must utilise this ability to solve a number of puzzles in order to progress through the game. 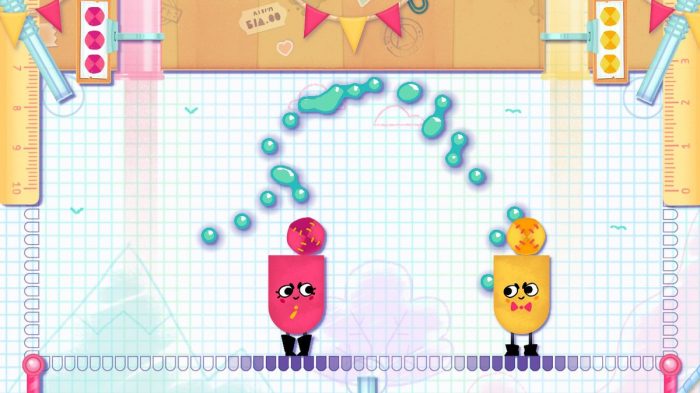 Admittedly, whilst the game provided ample fun, it was also very short. That’s where Snipperclips Plus – Cut it Out, Together! comes in. Released as an add-on for current owners and a full retail package for newcomers and collectors, the Plus expansion brings with it a plethora of new, innovative levels for you to delve into with your friends. Just like before, you can also play part of the game all by yourself, but I wouldn’t recommend doing so. Playing solo is a lot more difficult than it needs to be, as it requires you to switch between Snip and Clip independently, meaning you need to have one in exactly the right spot before you move onto controlling the other. Don’t do it – Snipperclips is and forever will be a multiplayer title.

As mentioned, Plus adds a hefty number of additional stages to the main game – two new worlds with 40 new levels, to be exact. These new levels are not drastically different to what we already saw in the main game, but they do bring with them some trickier puzzles to solve along the way. It’s as bonkers as it’s ever been though, with one level requiring you to escort a chicken through some deadly acid rain. Every level requires you and your partner to be in perfect sync with each other, encouraging verbal communication throughout the entire game. It really is the perfect little activity to play during a get-together with friends. 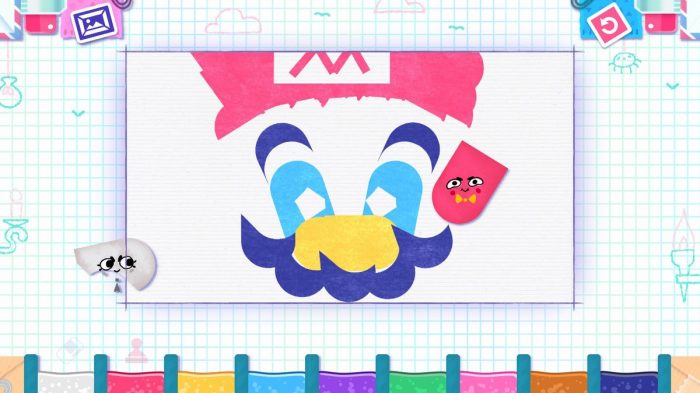 In addition to the extra main stages, there are also new ‘Blitz’ modes, pitting you and your mates against each other in hilarious ways. My personal favourite is ‘Keepaway’, which requires you to balance a ball on top of your paper body for as long as you can. Water spurts up from underneath you, threatening to push the ball off and onto the ground, but your worst enemy is the friend you’re playing against – trying to knock your friend’s ball off whilst struggling to keep ahold of your own can make for some truly sidesplitting gaming sessions! Arty folks are also catered for with the ‘Stamps’ mode, which lets you and a friend utilise your paper characters to stamp coloured paint onto a canvas, creating bright, albeit crude pictures to share on social media.

Snipperclips Plus – Cut it Out, Together! is the definitive version of a game that already came highly recommended to Switch owners. If you’ve yet to try it out, you owe it to yourself to download it immediately. Get some friends round, break out a few beers (or cola, for you younglings!) and get ready to Cut it Out… Together!

By expanding on an admittedly short base game, the Snipperclips Plus DLC does away with one of the game’s only faults and makes this an absolutely essential purchase for the Switch. Get some family and friends round and you’ll be roaring with laughter for hours!

One thought on “Snipperclips Plus – Cut it Out, Together! Review”